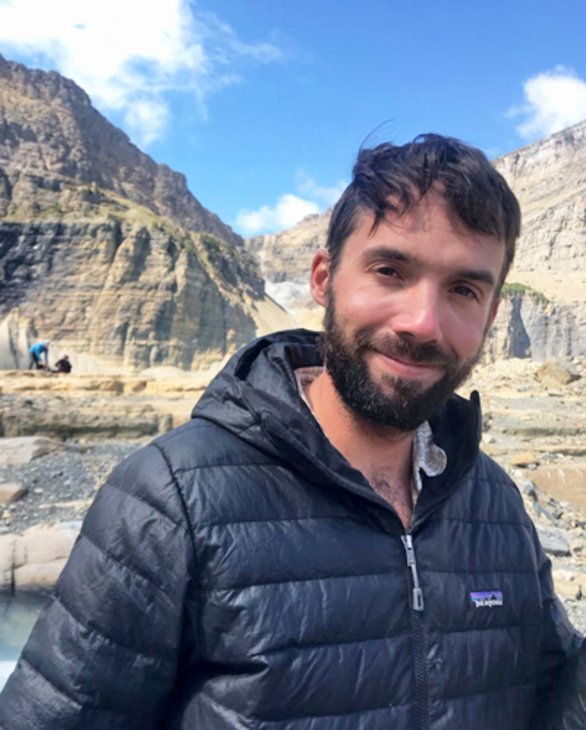 Brad Lane is a freelance writer and photographer with a heavy interest in travel, adventure, and the natural world. Upon graduating from the University of Iowa in 2012 with an undergraduate Accounting degree, Brad was chosen to deliver the student commencement speech for the Tippie College of Business and effectively began a career of writing and storytelling. Working his way through personal blogs, small online journals, and local newspapers, Brad coupled his freelance writing journey with pursuits of his favorite subject matter (and an assortment of day jobs).

In 2016, Brad hiked the 2,600-mile Pacific Crest Trail between April and October, and solidified a life committed to exploring outdoors. Originally from the state of Iowa, Brad has lived and played in Virginia, Washington, and Montana - where he currently resides in Missoula. Always on the go and planning three trips at a time, Brad's most-recent favorite place to be is deep in the backcountry of Glacier National Park.

Brad has been working with PlanetWare since 2016, just after completing his thru hike of the Pacific Crest Trail. He has enjoyed reporting on a wide variety of places across the country for PlanetWare, including California, Oregon, and Washington.

More of Brad's articles and photography can be seen in local newspapers, regional magazines, and other online publications. Brad is also an award winning photographer, and accomplished public speaker and live storytelling performer.

Brad is currently planning to travel internationally in 2020 and is looking forward to broadening his horizons. You can see some of Brad's other writing work and photography, as well as connect with the him, at www.BradLaneWriting.com

For three months in the Spring of 2019, I traveled throughout the state of California from south to north. Beginning my journey in Joshua Tree National Park, I made it quickly to the coast and to scenic places like Laguna Beach and Huntington Beach. Heading up the coast through Santa Monica, I had the chance to visit such bucket-list places like Channel Islands National Park and the Santa Monica Mountains

In 2018, I donned my hiking boots and headed to Oregon to photograph and experience first-hand the many beaches, waterfalls, and cultural centers of the state. Spending three months on the road, my first stop was the scenic Oregon Coast.

Oregon Coast: The logistics of driving and having a car on the Oregon Coast seemed more demanding than just simply walking along the beach — so for my first two weeks of Oregon reporting I backpacked the 360-mile Oregon Coast Trail, carrying my camera with me the entire way. Gaining insight and taking photos of what makes the Oregon Coast so special, I had plenty of long strolls on the beach to appreciate the landscape.

Inland Oregon: Upon completing a thru hike of the Oregon Coast and catching a pretty nice suntan, I headed inland in Oregon to report on waterfalls and cities like Salem and Bend. Beginning in Portland, I headed south and tried to catch every national forest I could. Never staying in one spot for more than a few nights, perhaps the place I'd like to return to the most is the idyllic alpine meadows of Mount Hood (Crater Lake was pretty awesome, too).

After exploring the waterfalls, hiking trails, and cities of Oregon in 2018, I headed straight north and put some more time on the road while reporting on Washington attractions. Having already lived and worked in Washington, it felt good to be back in familiar territory and on familiar trails. It's a tossup whether my smile was bigger on the Skyline Trail at Mt. Rainier or the Hoh River Trail in Olympic National Park.

One of my first big assignments for PlanetWare, I traveled to South Dakota and Wyoming in 2017 to report on several cities, natural spaces, and a collection of National Parks including Badlands, Grand Teton and Yellowstone. Catching the 2017 solar eclipse somewhere along the way, other major highlights of these 2017 travels include bison in Custer State Park, the enchanting Teton Crest Trail and the many hydrothermal features of Yellowstone.

Other Trips and Highlights

Through my work with PlanetWare, I've had a few trips that really stand out in my memory, and all of them all took me to very wild places. From the bottom of the Grand Canyon to the depths of the backcountry in Glacier, Olympic and Grand Teton National Park, here are some of my favorite articles that I'll keep in my collection forever: