9 Top-Rated Attractions & Things to Do in Rye, England

Rye is one of the most charming villages in South East England. With crooked Tudor buildings, romantic cobblestone streets, and blooming flowerpots, this adorable fairy-tale town is impossible to dislike.

Rye lies in East Sussex, at the confluence of the Rother, Tillingham, and Brede rivers. In 1247, Henry III reclaimed the town from Fécamp Abbey in Normandy. Then surrounded by sea, Rye became one of the vital Confederation of Cinque Ports. Today, many remnants of Rye's medieval heyday can be found in its ruins, while tales of its history as a smuggling port run wild.

When you visit, you'll find a slew of vintage and eclectic shops and some rave-worthy restaurants lining the secret passages, winding laneways, and cobbled paths.

Plan your sightseeing with our list of the top things to do in Rye.

Nature enthusiasts will adore Rye Harbour Nature Reserve, especially those with a penchant for bird-watching. The over 1,000-acre reserve consists of everything from marshland to sand to woods. And it boasts over 4,000 species of animals.

Choose from one of five comfortable bird-watching huts (a.k.a. hides) to enjoy spectacular scenery. The one closest to Camber Castle never disappoints.

Or, hike along one of the many footpaths leading you around salt marshes, saline lagoons, and vast grassland. The main paths are flat and wide, which make them perfect for those pushing a stroller, wheelchair, or bike.

The Rye Harbour Discovery Centre is set to open in April 2020, which will add a warm and comfortable spot to relax, learn, and observe animals.

Insider's Tip: Pack binoculars and a camera with a good zoom, and plan on spending at least a few hours at this natural wonderland.

Rye Castle Museum consists of two sites: The Ypres Tower and East Street, which is a short walk away. Ypres tower was commissioned by Henry III as part of a defense strategy against French invaders and was later used as the town's prison.

The Women's Tower, which lies down a small staircase in the garden, acted as the country's first prison for women. The views from the terrace are lovely.

The East Street site, which opened in 1999, provides visitors with an opportunity to view the museum's collections and learn even more about the history of Rye and the Ypres Tower. It's open from April 1st to October 31st.

Both locations are kid-friendly and make learning about history a joy for those of any age. At both spots, children are encouraged to get up close and touch many of the exhibits, including interactive maps and an area where they can try their hands at pulling a medieval arrow and lifting a heavy sword.

The magnificent Parish Church of St. Mary, Rye, also known as the Cathedral of East Sussex, has graced the hilltop on which it stands for over 900 years. Its tall spire can be seen from miles away, welcoming visitors to enter its hallowed stone walls.

The church has the requisite stained-glass windows and magnificent stonework of other places of worship created around the same time. What sets this beautiful church apart, though, is the remarkable St. Mary's Tower.

A climb up steep, narrow steps to its top offers visitors a breathtaking sight. The sprawling vista over the churchyard, town, and countryside below is worth the climb if you can make it. Plus, the tower is a popular spot for marriage proposals, so you may witness history in the making.

Insider's tip: Keep your eye out for the Rye Water House, an ancient cistern (a.k.a. water tank) that lies in the churchyard.

Mermaid street is one of the most photographed streets in England. Cobbled and lined with crooked timber houses bursting with blooms, it's easy to see why.

Walking along this winding laneway transports visitors back in time to a fairy-tale land with treats around every corner. It runs between Strand and West Streets in the ancient town and is home to one of southeast England's most famous Inns-The Mermaid Inn. This grade III-listed historical Tudor inn is adorable, despite its history as a haunt for smugglers.

Also here is the family-run The Mermaid Street Café, a perfect spot to relax, indulge in a cake, or full English breakfast, and people watch (either from a window seat inside or an outdoor table). While wandering the street, pay attention to the fun house names-from "The House With Two Front Doors" to "The House Opposite," they're delightful and unique.

Insider's Tip: Mermaid street can be steep at times, and the cobbled stones get slippery when wet. Leave the stilettos at home in favor of comfortable walking shoes.

Once home to authors Henry James and E.F. Benson, Lamb House provided much inspiration for their famous works. The small yet regal house can be recognized in James' description of Mr. Langdon's home in An Awkward Age. And it's one of the most popular tourist attractions in Rye.

While James did much of his writing in the Green Room, he spent most of his summers working in the Garden Room. Sadly, this was destroyed during a bombing raid in 1940. Today, visitors can see the Green Room firsthand, or visit the entrance hall, oak parlor, dining room, and King's room, among others. Luckily for those craving an inside peek into the authors' minds, Lamb House was recently revamped to allow more access to their most beloved spaces.

Insider's Tip: Enjoy a cuppa at the new Courtyard Tea Room. Borrow a book and enjoy a few moments of solitude with a slice of cake. It's only open from Fridays to Tuesdays, so plan accordingly.

6. The School of Wizards and Witches

Ever wondered what it would be like to live among witches and monsters in the 18th century? Do you love to have a bit (but not too much) of a scare? The School of Wizards and Witches does all of that and more while guiding its audience on a two-hour "quest."

This popular attraction uses puppets, actors, and a handful of magic to entrance, excite, and spook its audience. You'll even learn a few tricks of your own while you're here. The goal: to work with other audience members to solve the quest (including completing puzzles, finding treasure, asking questions, and outsmarting zombies).

If you're easily scared, don't worry. Each show has a "scare level rating" to make it easier to choose an encounter that's right for you. This fun-filled and action-packed adventure is definitely one of the best things to do in Rye.

Insider's Tip: Kids age seven and over are more than welcome to participate. Anyone younger, though, might find the experience a bit too frightening and are expected to be left at home.

Bordering Rye Harbour Nature Reserve on one side and RSPB Dungeness on the other, Camber Sands isn't technically in Rye. But it will only take about five minutes to drive here.

This popular sandy beach is a haven for English weekenders from Rye and London, especially in the summer. While visitors flock here for a calming respite filled with crashing waves and miles of soft golden sand, it's the grassy sand dunes that really take your breath away.

This is the longest (and only) dune system in East Sussex. Whether you're looking to soak up the rays, walk along the beach, or swim in the sea (brrr), Camber Sands is a remarkable holiday spot. Plus, lifeguards are constantly on duty, and rest rooms and concessions are available nearby.

Insider's Tip: Beware of the tides, which move quickly. The currents can be quite strong when the tide goes in and out.

Built in 1329, this ancient arch, flanked by two large drum towers, was created to help fortify Rye and act as the town's only connection to the mainland. At the time, Rye was an island, and the gate provided the only access to land at high tide.

Once accompanied by a drawbridge, portcullis, and three other gateways, this impressive stone arch and its clock (added in 1862) are all that remains. The Sandgate, Baddings Gate, and Postern Gate were removed after suffering substantial damage.

The Landgate is a Listed Grade 1 Ancient Monument and a highly recognizable feature of the older section of town. Despite its age and somewhat narrow opening, cars are still able to drive under the arch, which is four feet higher than it was originally due to the road being lowered over time.

This unique fortress, also known as Winchelsea Castle, was built in the early 16th century by Henry VIII. He commissioned the stronghold to protect the surrounding coast from French invaders.

Initially, the castle consisted only of the artillery, which the controversial king realized wasn't enough to offer protection. Over time, more sections were built, creating the concentric circles that make up this interesting stronghold.

Located a mile from Rye, the bold, stone castle appears beautifully from a lush landscape peppered with sheep and cattle. For those craving a closer look, plan your visit carefully. The castle is only open the first Saturday of the month from August to October.

The Sussex Wildlife Trust also include tours to the castle in their guided walks of the Rye Harbour Nature Reserve.

Insider's Tip: There's no vehicular access to Camber Castle, which is only accessible by foot. Pack comfy shoes and plan on an easy and pleasant trek through the neighboring fields. Just watch where you step!

Where to Stay in Rye for Sightseeing

For a small town, Rye boasts multiple hotels and bed and breakfasts, meaning there are plenty of places to choose from, but most are in the mid to budget price ranges. We recommend you consider the following delightful hotels and guesthouses for an enjoyable stay close to the top attractions in Rye.

More Small English Towns: Few countries do quaint quite like England. From fairy-tale villages like the Cotswold's Castle Combe to the idyllic seaside town of Clovelly in Devon, these top-rated small towns won't disappoint. Those looking for a two-day adventure will enjoy each of these top-rated weekend breaks, which includes multiple small towns like Stratford-upon-Avon, Windsor, Durham, and Kent. 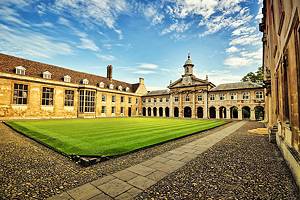 Explore England: Whether you're a fan of big cities like London, or crave the more laid-back vibe of the historic and jaw-droppingly gorgeous Bath, England offers something for every type of traveler. Looking for a historic tour? Don't miss Cambridge, where you can punt down the River Cam while peeking into a few of Cambridge University's architectural masterpieces. York is another university hot spot that's not to be missed. And for those craving a seaside escape, England is known for its long, sandy beaches. While the weather may not be ideal for year-round sunbathing, this British Isle boasts some of the top-rated beaches in the UK.

9 Top-Rated Attractions & Things to Do in Folkestone

9 Top-Rated Attractions & Things to Do in Whitstable, England

From London to Stonehenge: 4 Best Ways to Get There
Recent Articles 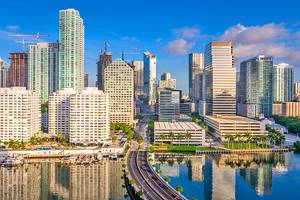 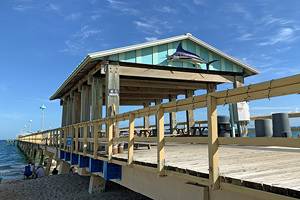 10 Top-Rated Things to Do in Lauderdale-by-the-Sea, FL
BE INSPIRED