The majestic natural wonder of Yosemite National Park is quite easy to get to from Los Angeles. The park's more than 1,200 square miles of raw wilderness is accessible to visitors arriving by car, bus, train, and/or plane.

It's easy to just drive from LA, but visitors should be aware the area's YARTS (Yosemite Area Regional Transportation System) makes it very easy to get around the region and the park without a car. The system even connects you to regional airports and bus and train stations in places like Merced and Fresno.

Drivers should also be aware that during the popular summer months, especially July and August, traffic can be quite bad, and parking can be difficult to find. During the winter season (late October through early May), some roads are closed, and others require tire chains and/or a four-wheel-drive vehicle.

Here are some ways to get from Los Angeles in Southern California up to Yosemite National Park.

1. From Los Angeles to Yosemite National Park by Car

If you want to get to Yosemite National Park from LA by car, there are two main choices: You can do the direct route or choose a longer, more scenic drive from Los Angeles to Yosemite. The direct route will take a little more than five hours, while the most scenic route (up the coast) will take about 10 hours, not counting stops.

During the winter, from November through May, many roads and parts of the park are not accessible due to snow, so you may have to alter your route depending on the season.

For the fastest route from LA, take the I-5 freeway north for about two hours and connect with CA-99 north just after you go over the Grapevine. Take CA-99 all the way to Fresno. There you connect to CA-41, drive for an hour, and this will take you right to the park. Most of the drive takes you through California's agricultural heartland, and the majority of this route is on interstate highways.

The scenic route to Yosemite starts in Los Angeles and takes you up the coast, starting with the Pacific Coast Highway. You go through Malibu, then Oxnard and Ventura and then Santa Barbara (a good place to stop and eat). Then it's up through Lompoc, the Santa Maria Valley, and Pismo Beach. Perhaps a stop at Hearst Castle is a good side trip here.

Next on the itinerary is some intense coastline as you explore Monterey, Carmel, and cruise along the spectacular 17-Mile Drive. Head next to the garlic capital of the world, Gilroy, before you take the CA-152 east towards Yosemite. After an hour or so, you connect with CA-41, which takes you right into the park.

2. From Los Angeles to Yosemite National Park by Plane

The fastest and easiest way to get from LA to Yosemite National Park is to fly. There are now three airport options for Yosemite visitors. You can fly via United's ski seasonal service from LAX to the Eastern Sierra Regional Airport (BIH) in Bishop. This airport is about 90 minutes away from Yosemite, and YARTS has a bus stop there to get you to the park.

Another option is to fly Alaska Airlines into Fresno Yosemite International Airport (FAT) from LAX and take the YARTS bus right to the park. The bus service runs from May through September and takes four hours from the airport to the Yosemite Visitor's Center. It also stops at several hotels and areas located around the park.

Alaska Airlines offers year-round, direct, and connecting service from LAX to FAT. Flying into FAT in the winter would require a rental car, rideshare, or other private transportation to get to Yosemite. The drive takes between 90 minutes and three hours, depending on your destination.

The other local airport is Mammoth Yosemite Airport (MMH), about 45 minutes away from the park. A new option to get to Yosemite from Los Angeles is Advanced Air, a small carrier with both jet and turbo-prop semi-private service to MMH. During the winter ski season, they fly direct flights from Hollywood Burbank Airport (BUR), as well as Hawthorne Municipal (HHR), a small airport near LAX.

Once you arrive at FAT or BIH, it's easy to get to Yosemite National Park. You don't really need a car (although you can rent one at either airport). You can take the YARTS (Yosemite Area Regional Transportation System) bus from the airport right to the park. Keep in mind the YARTS bus from Fresno is summer-only.

Once you get to Yosemite, you're connected to a network of YARTS shuttles that operate within the park. Your YARTS ticket includes park admission and rides on the in-park shuttle system.

3. From Los Angeles to Yosemite National Park by Bus

An easy option to get from LA to Yosemite is to take the bus. Greyhound doesn't offer a direct LA to Yosemite bus, but you can do it easily with only one transfer. The ride takes between nine and 10 hours and requires only one change in buses.

To do the trip in the same day, you'll need to start at the Greyhound terminal in DTLA (downtown Los Angeles) with an early bus that departs around 6am. That bus will take you north to Bakersfield, then Fresno, and finally arriving in Merced around 12:30pm. The Greyhound bus stops every few hours for rest and food breaks, and the buses are outfitted with restrooms and offer free Wi-Fi.

In Merced, you switch to a bus operated by YARTS, which will take you right to the Yosemite National Park visitor center, a ride which takes about two to three hours.

A new summer option is FlixBus, which offers service from Los Angeles to Fresno. LA pickup points are in Hollywood or in the San Fernando Valley, and they drop you off at Cal State Fresno. This is a summer option because YARTS only runs a Fresno-Yosemite bus from May through September. Also, you will need to take a taxi or rideshare car from CSU (California State University) Fresno to the Fresno airport (about 10 minutes away) to catch the YARTS bus to Yosemite.

4. From Los Angeles to Yosemite National Park by Train and Bus

If you want to use a train as part of your trip from Los Angeles to Yosemite National Park, it's possible to do it with Amtrak. Most of the trip is on an Amtrak bus, but you can include a train ride from Bakersfield to Merced. The entire trip (from LA) will take about 10 hours.

The journey starts in Los Angeles at Union Station, where you first take an Amtrak bus to Bakersfield. The bus leaves around 1am, and the trip takes about three hours. From Bakersfield, you catch the San Joaquins train, which takes you to Merced, a journey of about three hours.

From Merced, you then take the YARTS bus, which takes you right to the park visitor center. After leaving LA at 1am, you'll arrive at Yosemite around 11:30am.

For a more scenic experience, you could also take the Pacific Surfliner train from Los Angeles to San Luis Obispo (then the Amtrak bus to San Francisco) then the San Joaquins train from San Francisco to Merced. There is a bus service from downtown San Francisco to the station in Emeryville, and the YARTS bus from the Merced station to the park.

If you book the trip to Yosemite with Amtrak, the fare includes the YARTS park shuttles and even park admission.

Visiting Yosemite National Park: Figuring out how to get to the park is the first step. Next, plan your time in the park. Many people come here to sightsee, which is easily done by hopping on the park shuttle buses. Another popular past time is hiking in Yosemite. This is the best way to get up close to rivers, waterfalls, and to escape some of the crowds. If you want to have a truly memorable trip, camping in Yosemite is an incredible experience. To camp here, you need to plan and reserve well in advance. 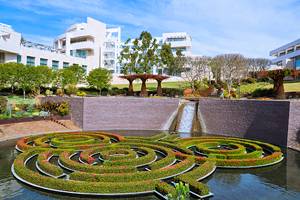 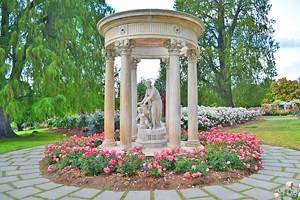 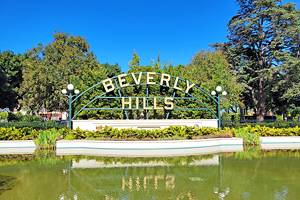 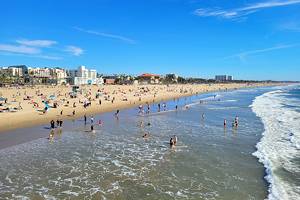