The drive time from downtown Phoenix to the Grand Canyon is about 3.5 to four hours. The 229-mile route is a combination of Interstate and regular two-lane highways. It's an easy drive that climbs up from Phoenix at an elevation of 1,090 feet, topping out at 7,000 feet at the South Rim.

Transport options from Phoenix include self drive, tours, shuttle bus, and a Greyhound bus/shuttle combo. You can also fly to Flagstaff from Phoenix and then arrange ground transport to the Grand Canyon.

If you are looking for day trip options, the only way you'll be able to accomplish this task is if you drive yourself or take a tour. If you are primarily concerned with just getting to the Grand Canyon, and time is not an issue, the bus/shuttle combo or shuttle-only options will work along with the fly and drive set up.

1. From Phoenix to the Grand Canyon by Car

Driving to the Grand Canyon either in your own vehicle or a rental car provides the highest level of flexibility. The route is along well-maintained and well-signposted roads, and although the recommended time for the trip is 3.5 hours, budget for longer. Several impressive lookouts along the way may have you pulling over to snap a few photos.

The ride is relatively scenic, as you pass through several vegetation zones ranging from cactus through to towering ponderosa pine forests and eventually a high desert area of scrub brush and Pinyon pines near the rim.

The route most people take is up Interstate 17 to Flagstaff and across scenic Highway 180 to Highway 64. Although Google Maps will want to route you along Interstate 40 to Highway 64, the route along Highway 180 is significantly more scenic and only five minutes longer. If you do choose to take the I40, be sure to stop in and check out the town of Williams, home to the Grand Canyon Railway.

Alternatively, you can drive from Phoenix to Flagstaff via Sedona. This is a more difficult drive, particularly between Sedona and Flagstaff, but it's also incredibly scenic. A wonderful way to break up your trip to the Grand Canyon is to plan a stop in Sedona. Check out the red rocks, soak up a bit of "Zen-ness," and then travel up along Highway 89A through scenic Oak Creek Canyon, one of America's top scenic byways, to Flagstaff and on to the Grand Canyon. Flagstaff, which you'll pass through on all routes, is also well worth a stop for its historic downtown area and Route 66 notoriety.

Once at the canyon, you can park your car and walk to all the major viewpoints. To further explore areas, jump on any one of the three free shuttle buses that operate from March 1st through until November 30th.

If you have the time and inclination to explore further afield, an excellent loop route that takes in the East Rim, the Desert View Watchtower, the Little Colorado River Gorge, historic Cameron Trading Post, the Wupatki Pueblos, and the Sunset Crater Volcano National Monument is suggested. From Grand Canyon Village, take Highway 64 east (Desert View Drive) to Highway 89, which will lead you back to Flagstaff.

This route is only roughly 30 miles longer but is incredibly scenic. It also saves significant back tracking if you want to explore the East Rim area.

2. From Phoenix to the Grand Canyon by Tour

A great way to enjoy a spare day in Phoenix is to take a day trip tour to the Grand Canyon. This world wonder is not to be missed. A tour takes all the planning out of the equation; all you need to do is show up at the appointed time and let the tour company take care of all the details.

With the 13-hour Small-Group or Private Deluxe Grand Canyon Day Trip from Phoenix, you'll see all the famous sights of the Grand Canyon including the South Rim, Mather Point, Bright Angel Trail, and the Yavapai Geology Museum, along with many others. En route to the Grand Canyon, a stop in at Williams allows for a bit of shopping and an opportunity to see the original Route 66.

Always wanted to see the Grand Canyon from a helicopter? Consider taking the Small Group Grand Canyon Helicopter and Ground Trip from Phoenix. This trip follows the itinerary above but includes a 45-minute helicopter flight prior to arriving at the park.

Both tour options include hotel pickup and drop-off in the Phoenix metro area. Grand Canyon National Park admission is included, but lunch is at your own expense.

3. From Phoenix Airport to the Grand Canyon by Shuttle

Another good budget option is to take the shuttle bus that leaves from the Phoenix Sky Harbor Airport. This route, serviced entirely on Groome Transportation, leaves the airport at 10:30am and heads directly to Flagstaff, arriving at 1:50pm. The next shuttle heading to the Grand Canyon leaves at 3:45pm and gets to the Grand Canyon two hours later at 5:45pm.

This route is ideal if your flight arrives early enough to allow you to catch the 10:30am shuttle buses. Any shuttles after 10:30am miss the last connection to the Grand Canyon. Alternatively, if your accommodation location is closer to Phoenix airport than the Greyhound bus depot in Glendale, by all means take this option. The national park admission is not included in the fare.

4. From Phoenix to the Grand Canyon by Greyhound Bus and Shuttle

If you are staying in Phoenix and on a tight budget, it's possible to take the bus to the Grand Canyon, you just need to do a bit of coordination of schedules. Greyhound buses leave from Glendale, a suburb of Phoenix, at 11:40am and arrive in Flagstaff 2.5 hours later. From the bus station, just walk one mile to the Amtrak station and catch the 3:45pm Groome Transportation shuttle; you'll arrive at the Grand Canyon two hours later at 5:45pm.

This routing is cost-effective but not terribly convenient because you'll spend most of your day getting to the Grand Canyon, and some waiting around in Flagstaff is required. However, if you are camping or staying up at the Grand Canyon for a few days, it's a very viable option. Note that national park admission is not included in the fare.

5. From Phoenix to the Grand Canyon by Air & Drive

An option that might be viable if your incoming flight connection works is to fly from Phoenix Sky Harbor Airport to Flagstaff, where you'll pick up a rental car and continue to the Grand Canyon. This hour-long flight is particularly scenic, as it climbs up over the Mogollon Rim and the pine forests en route to Flagstaff. Keep an eye out for the red rocks of Sedona along the way.

Pick up a rental car and from Flagstaff, it's another 1.5 hours of scenic driving to the Grand Canyon along Highway 180. 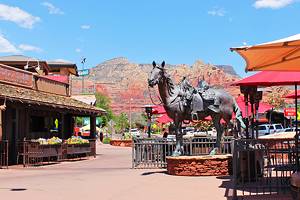 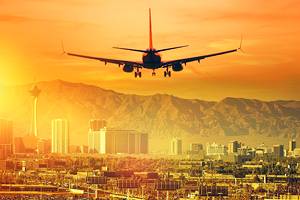 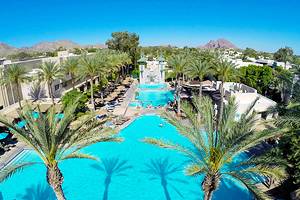 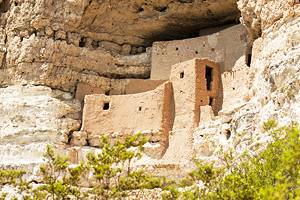 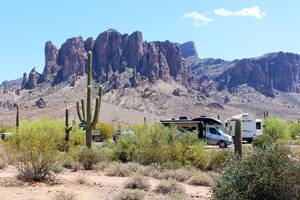 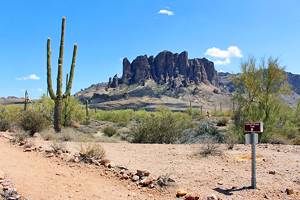 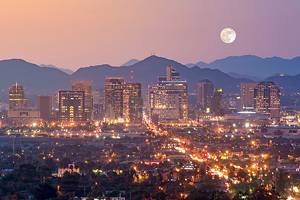 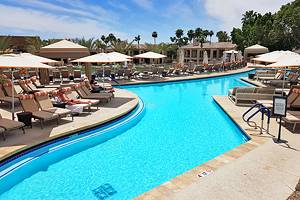 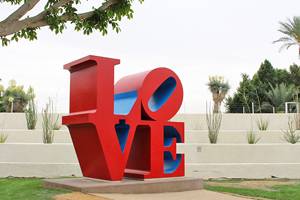 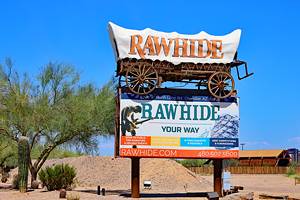 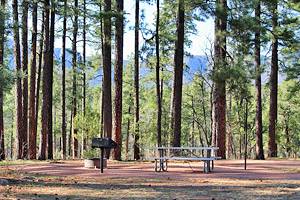 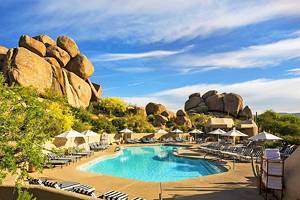 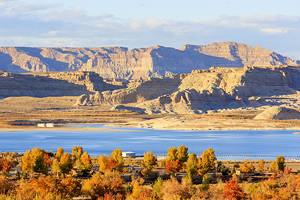 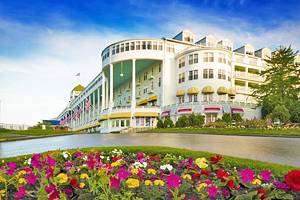 22 Most Beautiful Islands in the World
BE INSPIRED!
MORE PICTURES OF ARIZONA