In the San Joaquin Valley of Central California, the agricultural city of Modesto has a growing number of things to do and places to visit. The farmlands and orchards that surround Modesto add to the flavor of the city, especially at downtown events like the Modesto Certified Farmers Market. Other cultural attractions in the buzzing downtown district include the Gallo Center for the Arts and The State Theatre, as well as the historic Modesto Arch that greets visitors downtown.

Modesto is the birthplace of the world-renowned director, George Lucas, and the inspiration behind his breakout 1973 movie American Graffiti. Alongside a commemorative statue in the George Lucas Plaza, the city really celebrates these legacies with the month-long Graffiti Summer cultural celebration. The festival features vintage automobiles, live music, and events throughout the month of June, and the keystone event of Graffiti Summer is the Classic Car Parade on the Modesto Historic Cruise Route.

Find more things to do with our list of the top attractions in Modesto.

With revitalization efforts over the last decade, the downtown district of Modesto has evolved into a central place of activity, filled with a historic flair and modern storefronts. Numerous top attractions of the city branch out from the core downtown district. Testaments to Modesto's past can be seen and experienced at downtown places like the McHenry Mansion and The State Theatre.

Modern attractions in downtown Modesto include the Gallo Center for the Arts, and the pedestrian-only Tenth Street Plaza, which features shopping, restaurants, and an 18-screen movie theater. More local dining and shopping opportunities are spread throughout downtown Modesto, as well as several art galleries showcasing local and regional works. Art is found on the streets as well, and tasteful murals can be seen on many of the downtown buildings.

A central area for big city events like the popular Modesto Certified Farmers Market, downtown is also the spot to catch the annual Summer Graffiti cultural celebration. Other downtown events include an annual Mural Festival, First Friday celebrations, and a highly decorated holiday Downtown Extravaganza. Buzzing with activity well past sunset, downtown Modesto is also the central spot for things to do at night in Modesto.

Originally constructed in 1883 for Robert McHenry and his wife, Matilda, this historic residence is now owned and operated by the city and is free for the public to explore. The mansion has a long history that includes use as a family home, a sanatorium, and an apartment building, and much of its Victorian architecture remains today. The public can take a docent-led tour of this elaborately decorated home, free of charge, between Sundays and Fridays in the afternoon.

Down the street and less than one block from the McHenry Mansion, the McHenry Museum offers similar free admission and a look into the city's past. The museum contains numerous photographs, artifacts, and exhibits detailing the last 100-plus years of Modesto history. Permanent exhibits at the McHenry Museum include a recreated blacksmith shop, an agricultural exhibit, and a collection of gold mining equipment.

3. Gallo Center for the Arts

A premiere performance space in Modesto since 2007, the Gallo Center for the Arts showcases local, regional, and touring talent from across the country. The center is home to two performance venues including the 1,248-seat Mary Stuart Rogers Theater.

Performances in this state-of-the-art theater range from Broadway blockbusters to nationally touring speaker series, and include comedy acts, musical performances, and holiday events. Alongside a rotating production schedule, the Gallo Center for the Arts also provides educational opportunities, including a K-12 Performance Series.

With a marquee that lights up the street, The State Theatre of Modesto has been a great place to catch a show for over 80 years. After entering the luxurious lobby of The State Theatre, the 550-plus-seat auditorium offers a great ambience to watch a movie or live performance. Movie screenings at The State Theatre range from the newest indie releases to cult classic films, and the stage also hosts speaker series, comedians, and touring musicians.

A month-long event celebrating the classic car culture of the Central Valley, Graffiti Summer takes over Modesto with vintage automobiles, live performances, and festival events. This June event also pays homage to hometown director, George Lucas, whose breakthrough movie American Graffiti was based on his teenage years in Modesto in the early 1960s. During Graffiti Summer, The State Theatre in downtown Modesto is guaranteed to screen this classic Modesto-based movie.

One of the central attractions of Graffiti Summer is the weekend-long Graffiti Summer Festival, including the annual Graffiti Classic Car Parade. Featuring thousands of pre-1979 automobiles cruising downtown Modesto and the Modesto Historic Cruise Route, this family-friendly car parade draws tens of thousands of visitors to Modesto each year. The corresponding festival is held at the Municipal Golf Course and features food vendors, live music, and a car show competition.

Developed by the same designer behind Golden Gate Park in San Francisco, Graceada Park was established in 1907 and is the oldest city park in Modesto. Just on the outskirts of downtown, near the McHenry Mansion and Museum, this historic public space still draws in the community with playgrounds, tennis courts, a splash pad, and lawn areas.

The Mancini Bowl within the park is a rentable venue space and home to special musical performances and movie nights.

Other city parks in Modesto are filled with family attractions, including the neighboring Enslen Park. Featuring additional playground equipment and baseball and softball diamonds, Enslen Park is also home to a Boy Scout Club House.

A literal welcome sign to the city, the Modesto Arch has been greeting guests and residents of Modesto for over 100 years. This illuminated arch that displays Modesto's city slogan: "Water, Wealth, Contentment, Health" has seen its downtown neighborhood change over the years, and now sits above a busy intersection near the Gallo Center for the Arts. Fun for a photo opportunity, the Modesto Arch has grown into an iconic image of the city.

Located at a five-way intersection known as Five Points, this small plaza pays homage to hometown director George Lucas and his 1973 movie American Graffiti. With a bronze statue of a teenage boy and girl posted up on the back of a 1957 Chevy, this small plaza and statue symbolizes the relationship between George Lucas, Modesto, and the start of a successful film career.

The George Lucas Plaza is fun for a quick visit and photo opportunity, but the real celebration of American Graffiti in Modesto comes each summer with the month-long Graffiti Summer celebration.

Featuring fresh vegetables, produce, and home-baked goods, the Modesto Certified Farmers Market occurs on Thursdays and Saturdays in downtown between the months of March and December. Hot and ready-to-eat food items are also on sale at the Modesto Certified Farmers Market, as well as handmade artisan crafts. Live music is often the soundtrack to this community event, and different growing seasons offer new selections to choose from each week.

On the west campus of Modesto Junior College, this family-friendly museum features interactive displays, preserved artifacts, and a collection of two dozen live animals. The Native Californian collection is a permanent exhibit at the Great Valley Museum and features artifacts from indigenous cultures of the region.

The Science on a Sphere display at the museum is a unique floating globe that projects real-time weather data from the National Oceanic and Atmospheric Association (NOAA).

Adjacent to the Great Valley Museum, the facility also features a planetarium with regularly scheduled celestial screenings. Other events and things to do at the Great Valley Museum include Science Saturday celebrations, summer camps, and programs for young children like a special Storytime series. Group and docent-led tours are available, which also includes a live animal showing in the museum's Discovery Room.

Two-hours east of Modesto, the iconic granite mountains and tumbling waterfalls of Yosemite National Park attract adventure seekers from around the world. Ideal for weekend or week-long trips from Modesto, Yosemite beats the summer heat of Central California with higher elevations and alpine lakes.

Many of the best campgrounds in Yosemite National Park feature ample space for tents and RVs, though reservations are recommended during the summer.

Popular activities at Yosemite include fishing, rock climbing, and especially day hiking. A few of the top-rated hiking trails at Yosemite National Park include Yosemite Falls, the Mist Trail, and Mirror Lake. Hiking up Half-Dome is one of the most popular hikes in the park, and visitors are required to have a permit to use the cable-lined route. The country-spanning Pacific Crest Trail also passes through Yosemite National Park.

Spread out over seven miles of the Tuolumne River on the south side of the river, Tuolumne River Regional Park encompasses 500 acres and five different park areas. On the eastern end of the parkway, Legion and Mancini Parks both feature picnic areas and recreational outlets like playgrounds and fishing. To the west, Bellenita Park offers similar outdoor attractions. 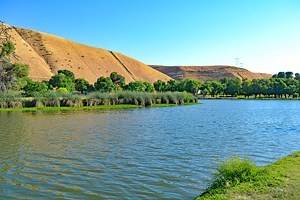 Bigger Cities near Modesto: The state capital of Sacramento offers an array of city attractions, and can be reached from Modesto in less than an hour-and-a-half drive. A similar drive to the west, the city of San Francisco is a cultural center of bayside beauty and things to do. For more places to go in the Bay Area, the vibrant city of Oakland offers fun things to do, like Jack London Square and the Oakland Museum of California. 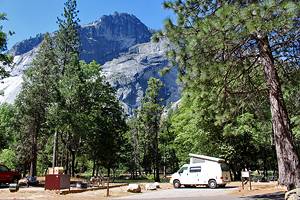 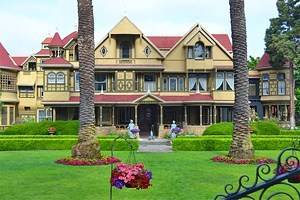 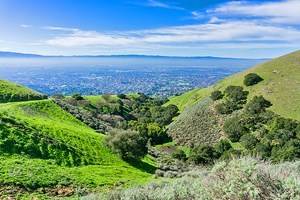 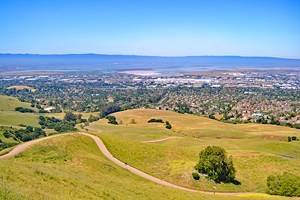 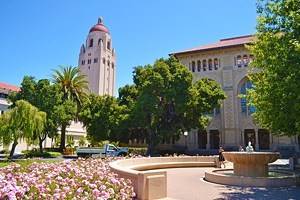 14 Top-Rated Attractions & Things to Do in Berkeley 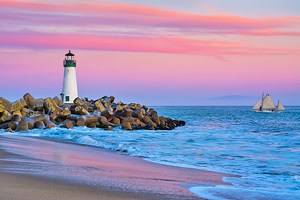 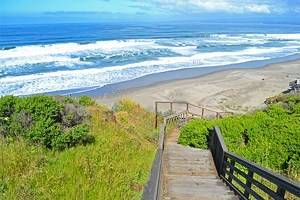 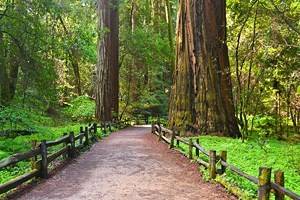 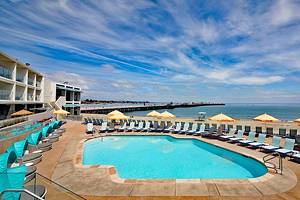