Written by Chloë Ernst and Michael Law
Updated Sep 13, 2021
We may earn a commission from affiliate links ()

Saskatchewan sometimes gets a bad rap for being flat and boring, but that's not a fair assessment. Scratch the surface a bit, and you'll find a province with over 100,000 lakes, boreal forests, fast flowing rivers, and endless recreational opportunities. One little known fact is that Saskatchewan is Canada's sunniest province; perhaps that's why it has such a friendly population.

Not quite dead center of Canada, but close, Saskatchewan shares very straight borders with Manitoba in the east, Alberta in the west, and the two U.S. states of Montana and North Dakota to the south. Visitors driving across the province will see seemingly endless fields, but the northern portion is also a treat for anyone with a love of canoeing, angling, and swimming, which can all be enjoyed on the numerous lakes.

To the Cree First Nations, hunting buffalo and living on the Great Plains centuries ago, the biggest of the river waterways was "the river that flows swiftly" or "Saskatchewan." It was from this river that the province eventually took its name.

To learn more about the province's many popular points of interest and fun things to do, be sure to check out our list of the top attractions in Saskatchewan.

The park also has one of the best beaches in Saskatchewan: Waskesiu Main Beach. This 600-meter stretch of golden sand is located on the eastern end of Waskesiu Lake and is backed by green lawns and trees. Just across the street from the beach are restaurants and local shops that make grabbing an ice cream on a hot, sunny day an easy task.

If this beach isn't to your liking, nine others are sprinkled around the lake, many of which are quiet and deserted. It can get windy here, so take a look at the wind direction, and select your beach appropriately.

First Nations people have lived here for thousands of years, and there is archaeological evidence that in severe winters, tribes from the prairies moved north to these sheltered woodlands, intermingling with the people who lived here.

Grey Owl, a colorful and controversial naturalist of the 1930s, lived in this park for seven years in a small log cabin called "Beaver Lodge" on Ajawaan Lake. The author's popular books tell of his love for the wilderness, threatened by the advance of civilization. His cabin can be reached by boat or canoe across Kingsmere Lake, or by a 20-kilometer trail from the south end of the lake.

Sunny Saskatoon is a pleasant city in the South Saskatchewan River. Many tourist attractions explore the local heritage, from the first Prairies people at the Wanuskewin Heritage Park to European settlers and culture at the Ukrainian Museum of Canada. The largest of the province's four Western Development Museums is located in the city and features a vibrant reconstructed main street known as "Boomtown 1910."

Traveling with kids? Then be sure to include the Saskatoon Forestry Farm Park & Zoo on your Saskatoon itinerary, popular not just for its creature collection but also its beautiful grounds. Interested in art? Pay a visit to the new Remai Modern Museum, already famous for its collection of works by Picasso.

Accommodation: Where to Stay in Saskatoon

Fort Walsh National Historic Site was established in 1875 under the direction of James Walsh. It was intended to stop the illegal whisky trade and became one of the most important posts in the West. During its life, the fort negotiated with the whisky traders, the native peoples, and the thousands of Sioux warriors who sought refuge in Canada after clashes with the U.S. cavalry.

Following the building of the railway and the return of the Sioux people to the USA, the fort was dismantled and abandoned. In 1942, the Royal Canadian Mounted Police acquired the land and built a ranch on which to breed horses. When the RCMP transferred to Ontario, the estate became a national historic site with a comprehensive reconstruction program. In addition to enjoying costumed re-enactments, fun things to do at Fort Walsh include hiking and biking along its extensive trail network.

A cosmopolitan commercial and cultural center, Regina is the setting for many government and provincial institutions, some of which, like the Saskatchewan Legislative Building, can be visited. It enjoys economic prosperity, and boasts a number of arts and heritage attractions, including the illuminating Royal Saskatchewan Museum and Mackenzie Art Gallery near the parklands of Wascana Centre around Wascana Lake.

Parades and other military-tattoo-like events are a popular feature at the city's RCMP Heritage Centre, while exploring science is the order of the day at the Saskatchewan Science Centre.

Read More: Top-Rated Attractions & Things to Do in Regina

Accommodation: Where to Stay in Regina

The RCMP Heritage Centre is the largest of its kind in Canada, with displays of equipment, weapons, photographs, and more. Both the Sergeant Major's Parade (held in the Parade Square, alternately in the Drill Hall in winter or bad weather) and the Sunset Retreat (summer) attract large crowds. The latter is a colorful flag ceremony involving a parade of recruits and a marching band, harking back to the tattoos of 18th- and 19th-century British military tradition.

Other fun things to do here include trying on related RCMP regalia, and joining an informative guided tour of the site.

Batoche was the headquarters of the famous Métis, Louis Riel, during the 1885 Northwest Rebellion. It is also where the rebellion finally came to an end, following a decisive battle. Displays illustrate the way of life of the Métis, events leading up to the rebellion, and the battle of May 1885.

The presbytery, still showing shell and bullet-holes from the battle, and the Church of St. Antoine de Padoue (1883-84) are now excellent museums. The graves of Dumont and Letendre and a mass grave of fallen Métis can be found in the churchyard. There's a good shuttle bus service to get you around this sprawling site, and other fun things to do include renting a canoe and interacting with costumed guides.

By following the Trans-Canada Highway as it runs across the prairies and fields of southern Saskatchewan, visitors can see a substantial part of the province. In the summer, the fields become a riot of color, with canola blooming a brilliant yellow and flax blossoming in a vibrant purple. Near Chaplin, the colorful fields vanish and are replaced with shallow lakes and blindingly white piles of salt.

When planning your route, it is best to start from the province's southeast border with Manitoba, and drive east-to-west along the Highway, which passes through the capital, Regina, Moose Jaw, and the town of Swift Current.

Detours can then be made either north or south to many other interesting places to visit that are easily accessible from the highway, places like Moose Mountain Provincial Park, Qu'Appelle Valley, and Cypress Hills Provincial Park. Plenty of opportunities for swimming, fishing, and hunting will be found along the way.

Note that Saskatchewan is sadly lacking in highway rest stops. Plan your bathroom breaks to coincide with the larger centers mentioned above.

The highest point in Saskatchewan is in Cypress Hills, a vast tract of land in the province's southwest. The region encompasses premier outdoor attractions, including an inter-provincial park that straddles the Alberta-Saskatchewan border and Grasslands National Park, near the U.S. border.

The park is vast and offers a great opportunity to escape to nature. Take a hike and wander through the hills on your own, or pitch a tent in the campground. At night, build a crackling fire and gaze up at an unbelievably dark sky filled with a billion stars.

Though prehistoric sites in the Drumheller area of Alberta are better known, Saskatchewan's Eastend is home to the T.rex Discovery Centre and its full-size skeleton replicas are well worth a visit.

Fort Carlton was originally established as an outpost of the Hudson's Bay Company in 1795 to provide river patrols and provisions for fur traders, and remained in use until 1885. Rebuilt on the foundations of the third and final site on which the fort stood, the present rendition, while a replica of the original (it was built in 1967), offers a fascinating look at life during this period.

Take a canoe tour in summer, or wander the grounds to see the reconstructed fort, a Cree village, displays of hides, and various supplies.

The "friendly city" of Moose Jaw sits at the meeting of the Moose Jaw River and Thunder Creek. The city's top attraction is The Tunnels of Moose Jaw, which remain from the days of the first Chinese immigrants. Today, costumed guides recreate characters from Moose Jaw history here. And then, of course, there's Mac the Moose, the giant moose sculpture that graces the grounds of the city's welcome center.

Another branch of Saskatchewan's Western Development Museums is located in Moose Jaw, focusing on the history of Prairie transportation. Other notable museums can be enjoyed in Saskatoon, North Battleford, and Yorkton.

Accommodation: Where to Stay in Moose Jaw

Extending along the Qu'Appelle River is a beautiful, steep-sided valley, carved out of the gently undulating prairie by glacial waters. It is a rich garden-style landscape, with eight lakes strung out along the valley creating unique ecosystems.

The Qu'Appelle Valley is one of Saskatchewan's most popular summer destinations, with three amazing parks to visit. Buffalo Pound Provincial Park, located in the western region, has a great swimming area, mountain bike trails, and camping. Nearby Echo Valley Provincial Park near Fort Qu'Appelle has two beaches on two lakes along with a lovely walking trail and camping opportunities. A bit farther east, Crooked Lake Provincial Park has a great campground featuring amazing waterfront sites, hiking trails, and a golf course nearby.

The Battlefords consist of two cities, North Battleford and Battleford, that are across the Saskatchewan River from one another. During the early settlement days, Battleford was an important Mounted Police post and the first seat of Northwest Territories government. Fort Battleford National Historic Site explores the past of the Mounties with exhibits in refurbished buildings.

The city's Western Development Museum puts agricultural history into practice with a farm and village. If you've got some time, consider a pleasant walk up to the top of King Hill for nice views out over the city and surrounding area.

Accommodation: Where to Stay North Battleford

Canada Vacation Ideas: When planning your Canada travel itinerary, be sure to consider visiting the beautiful mountain scenery of neighboring Alberta and the unique attractions in Manitoba. In Ontario, Niagara Falls is another must-visit natural attraction. Also in Ontario, the city of Toronto-Canada's largest-is home to the CN Tower, plus world-class attractions such as the Royal Ontario Museum and Ripley's Aquarium of Canada.

14 Top-Rated Attractions & Things to Do in Saskatoon 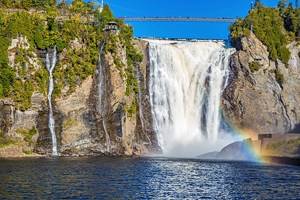 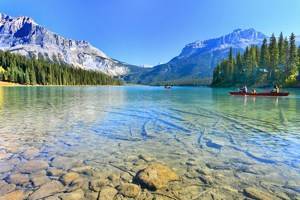 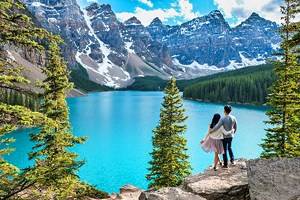 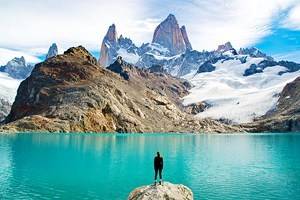 22 Best Places to Travel in September