South Africa is so large and diverse that there's always something to experience, regardless of the season, from incredible wildlife and wildflowers to glorious beaches and landmarks. This year-round destination, located at the southern tip of Africa in the Southern Hemisphere, experiences mild winters and hot summers, although the climate varies from region to region.

The best time to visit South Africa is from May through October (over fall and winter), when the days are warm and nights are cool.

South Africa has four seasons, unlike other African nations, and thereby experiences distinct seasonal changes, albeit with short fall and spring seasons. May through September is the dry season for the majority of the country, encompassing winter and a brief spring season. October to April is the wet season, spreading over summer and fall. The peak season is between November and March, coinciding with the holidays, when hotels, national parks, and safaris are teeming with tourists.

Conditions are akin to the Mediterranean in the southwestern part of the country near Cape Town; temperate to subtropical around the interior cities of Pretoria, Johannesburg, and Bloemfontein; and subtropical in the northeast in KwaZulu Natal. The Karoo Desert and the Kalahari in the northwest have a desert climate.

To help you identify where and when to go to make the most of your vacation, whether you are interested in game drives, great outdoors, surfing, or beaches, we've put together a helpful guide on the best time to visit South Africa for its many attractions.

The likelihood of seeing animals at Kruger National Park and other safari parks in the northern region is high when the vegetation is sparse and lack of water drives animals to the water sources. Whales can be spotted in large numbers along the southwest coast in the Western Cape from June to September.

Winter also means big swells and some of the best waves. With over 2,500 kilometers of coastline, South Africa offers plenty of top spots for surfing. Among the best places to surf are Elands Bay and Long Beach in Western Cape, Cape St. Francis and Jeffreys Bay in Eastern Cape, and Durban and Green Point in KwaZulu-Natal.

For beaches, penguins, and music, summer (December to March), is an ideal time to go to South Africa. If you are looking to explore Cape Town and the coastal Garden Route, the summer months provide brilliant sunny days. (The Western Cape experiences rainfall during the winter when it is dry in the northeast and vice versa).

Cape Town's famous Boulders Beach near Simons Town is teeming with African penguins in the summer. Also in Cape Town in March, the International Jazz Festival, the largest festival of its kind in South Africa, attracts music lovers and artists from all over the world.

For hiking in the Drakensberg (meaning Dragon Mountains) range, the optimal time is in the fall (late-March to June), when you can expect dry days and cool nights and spectacular, vibrant vistas all around, thanks to summer rains. This spectacular mountain range, the highest in the country, creates a border between Lesotho and KwaZulu Natal, and is known for its dramatically beautiful setting. Winter here sees snow higher up in the mountains.

Spring (mid-September to mid-December) is the best season to visit South Africa, when you can witness amazing wildflower vistas, wildlife, and whale migrations. The Northern Cape's arid landscape turns into a quilt of vibrant colors, with yellow, pink, orange, and purple flowers from over 3,000 different species. The ideal place to visit for the wildflower daisy season is in Namaqualand.

Although the dry, winter months are known for the best wildlife viewing opportunities, the beginning of spring is a wonderful time to see babies frolicking in the bush as it begins to burst to life.

September is also a great time to see southern right whales migrating from Antarctica to the warm waters of the South Atlantic Ocean along Hermanus and Plettenberg Bay in the Western Cape. The Hermanus Whale Festival, taking place in September in Hermanus, is known as the best land-based whale watching location in the world. The event honors the return of the southern right whales with music, cabaret, celebrities, and energetic African beats.

KwaZulu Natal's Durban, the third largest city in South Africa, experiences hot and muggy summers, so it's best to visit this buzzing city in the spring. Known for its Golden Mile of picture-perfect Indian Ocean beaches and a melting pot of English, Afrikaner, Indian, and Zulu cultures, Durban is a fascinating place to explore. Nearby, visitors can go on safari at the world heritage site of iSimangaliso Wetlands Park and Hluhluwe Umfolozi Game Reserve.

If you want to experience a combination of all that South Africa has to offer in a combination of regions, the best time to go is in September. This is the beginning of springtime in the country, and it is warm and sunny. While the West Coast's wildflowers put on quite a show, the inviting beaches of Durban and Cape Town offer pleasant getaways; whales are breaching off the southern coast; and Kruger National Park is filled with animals, including spring babies.

September is also a wonderful time to travel to the northern desert areas of the country, which can be quite hot in the summer. Travelers can head to Tswalu Kalahari Private Game Reserve or Kgalagadi Transfrontier Park in the Kalahari in the Northern Cape for black-maned lions. The latter offers a chance to interact with San people, also known as Bushmen.

Sports fans can visit in September to watch South African teams play cricket, rugby, and football (soccer) on their home turf at some of the best spectacular stadiums. Both the DHL Newlands (for rugby) and PPC Newlands (cricket), both located in Cape Town, are among the most scenic stadiums in the world, with a gorgeous backdrop of Table Mountain and Devil's Peak.

In Johannesburg, the weeks-long Arts Alive Festival, happening in September, draws crowds. It has performances of dance, visual art, music, and poetry by local and international artists in parks and theaters.

In KwaZulu Natal, witness the colorful celebration of the annual Royal Reed Dance Festival, where thousands of young Zulu girls carrying a symbolic reed dance in traditional costume as part of a rite of passage in Nongoma, three hours north of Durban.

Since September is considered the shoulder season, tourism is fairly low around this time, and you are likely to find good deals on hotels, with some exceptions near popular reserves like Kruger National Park. It's best to avoid the short school holiday that happens at the end of the month.

Early summer (late December to January) in South Africa coincides with the holidays, and it is the worst time to visit. Airfares and accommodations are high across most of the country, resorts and hotels in popular cities get booked up fast, and children are out of school. If you are planning on visiting in the summer, make sure to book months in advance.

Additionally, a majority of the country experiences hot and muggy days coupled with rains during this time. However, summer happens to be the best time to visit Cape Town, which experiences warm and dry weather in the summer. Those wanting to see the penguins of South Africa can benefit from going in the summer, as they are at their peak. Head to Boulders Beach in Cape Town for an unforgettable chance to get up close to adorable African penguins.

If you do find yourself around the beginning of the year in South Africa, don't miss the the Cape Town Minstrel Carnival, also known as Kaapse Klopse in Afrikaans, with a parade and celebrations on the streets with colorful costumes, music, and traditional dancing. And long summer days means you can start your climb up to Table Mountain early in the day and enjoy scenic panoramic views along the way.

Those venturing to the Cederberg mountains, located three hours from Cape Town, will also find summer to be a pleasant time for hiking and bouldering. Summer is also a good time to take the ferry to Robben Island.

Birders will especially find the wet summer season appealing. There is no better place than South Africa to see avian beauties, with over a hundred species heading to the country during annual migrations for summer feeding grounds. You'll have a chance to see hornbills, eagles, lilac-breasted rollers, yellow-billed storks, guinea fowl, and vultures, among others. Kruger National Park, Nylsvley Nature Reserve, and iSimangaliso Wetland Park are among the nature reserves for excellent bird-watching.

Best Time for a Safari in South Africa

During the dry winter months of June to September is the best time to go on a safari to see the Big Five in South Africa. Animals congregate around perennial watering holes during this season. Because of low grass and less foliage on the trees, animals are also easier to spot.

Dry weather also means the conditions on the roads are better compared to the wet summer season, plus the cold temperatures keep the mosquitos away.

The temperature is a bit on the cooler side (12 to 27 degrees Celsius) than the hot and humid summer months, and it's best to dress in layers. You can see incredible wildlife at the iconic Kruger National Park, located in the northeast in the provinces of Limpopo and Mpumalanga.

Other places you can view wildlife are Sabi Sabi Private Game Reserve near Kruger in Mpumalanga, Addo Elephant Park in the Eastern Cape, and Hluhluwe Umfolozi Game Park in KwaZulu-Natal.

While the winter months are perfect for wildlife viewing, the cheapest time to visit South Africa for a safari is during the summer months, when you can see animals amid lush vegetation and the rivers are beautifully full.

Also, your best bet to avoid the rains is by visiting game reserves near Cape Town, which experiences dry summers. Sanbona Wildlife Reserve and Grootbos Private Nature Reserve, located two to three hours from Cape Town, are good options for the Big Five and marine life, respectively. Just keep in mind that this time coincides with the popular tourist season, which means game drives are booked in advance. If you know your plans ahead of time, book accommodations and safaris well in advance. 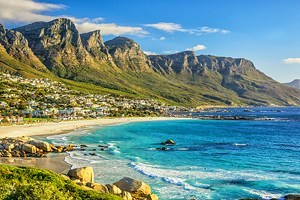 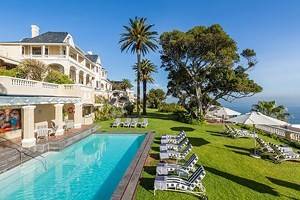 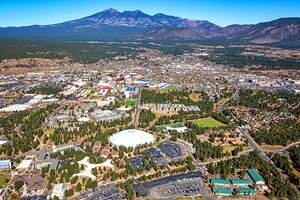