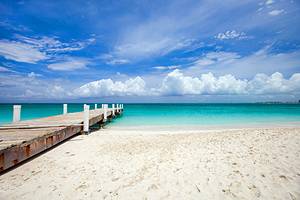 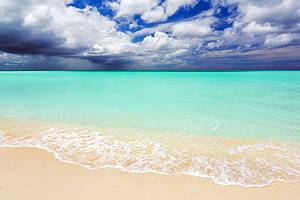 14 Top-Rated Tourist Attractions in the Turks and Caicos Islands

14 Top-Rated Tourist Attractions in the Turks and Caicos Islands

Lying off the southeastern tip of the Bahamas, the Turks and Caicos Islands encompass one of the world's largest coral reef systems. Not surprisingly, diving is one of the top things to do here. Exquisite white-sand beaches fringe this necklace of about 40 islands, where water sports, nature trails, iguana reserves, underground caves, and dazzling seascapes are the main draws.

Fishing is also excellent, and from January through April, you can spot humpback whales on their annual migration route around these unspoiled islands.

The Turks and Caicos Islands are a British Overseas Territory, and only eight of the islands are inhabited. Cruise ships glide into the main port on Grand Turk, home to the quiet capital of Cockburn Town.

Providenciales, known as "Provo," is the most developed island, and its spectacular Grace Bay is one of the planet's most ravishing beaches. Middle Caicos, the largest of the Turks and Caicos Islands, has the most dramatic coastline, with limestone cliffs plunging to turquoise bays.

Discover more of the best places to visit on this favorite Caribbean getaway with our list of the top attractions in the Turks and Caicos Islands.

Stretching for more than eight kilometers, Grace Bay is one of the best beaches in the Caribbean. Powdery sand meets crystal-clear water in striking shades of blue along this exquisite slice of coast, and coral reefs shimmer just offshore. Sunbathing, swimming, and snorkeling along this beach are among the top things to do in Providenciales.

Grace Bay Beach is part of the Princess Alexandra Marine Park, and snorkelers can view the rich marine life at The Bight Reef and Smith's Reef in the underwater park. Best of all, you can easily access them both from shore.

The bay is also the playground of "JoJo" the wild bottlenose dolphin, who has been known to interact with surprised swimmers – the Turks and Caicos Islands Government declared this friendly mammal a national treasure.

Accommodation: Where to Stay in Turks and Caicos

Diving or snorkeling in the crystal-clear waters are among the most popular things to do in Turks and Caicos. Surrounded by one of the most extensive coral reef systems in the world, the islands sit on a vast underwater plateau with dramatic drop-offs not far from shore. This makes it an excellent destination for wall dives – especially in Grand Turk.

Many of the top snorkel and dive sites are accessible from shore, and shipwrecks old and new are sprinkled throughout these waters.

Another interesting feature of the islands is the 35-kilometer-wide Columbus Passage east of Grand Turk, which separates the Turks from the Caicos islands and is a popular migration route for marine animals. Depending on the time of year, divers can see whales, dolphins, turtles, and rays here.

Add to all this excellent visibility, unspoiled reefs, abundant marine life, and quality dive services, and it's no wonder this is one of the best diving destinations in the Caribbean.

Most of the diving and snorkeling tours operate out of Providenciales, Grand Turk, and Salt Cay.

An eye-popping shade of turquoise, Chalk Sound is a beautiful lagoon with limestone deposits separated from the ocean by a thin stretch of sand. About a 20- to 30-minute drive away from Grace Bay, the area is a beautiful place to take photographs. Sprinkled throughout the sparkling waters are tiny green-topped rock islands, which are home to many iguanas.

You can rent kayaks or stand up paddleboards to explore the clear waters or hop aboard a pontoon cruise.

Sapodilla Bay, on the ocean side of Chalk Sound, is a peaceful strip of secluded beach offering good protection for yachts. The shallow, calm water also makes this a great spot to swim with small children, and the luminous turquoise waters are eye-candy for sunbathers.

On the hilltop overlooking the bay, shipwrecked sailors engraved messages on stones, and some locals claim they are codes to hidden treasure. The view from the top also makes a great photo op.

Beautiful Taylor Bay Beach is also nearby, but the public access path is tricky to find – check with locals for directions.

Want to see some Turks and Caicos wildlife? About 456 meters across the sea from Providenciales, Little Water Cay (locally known as "Iguana Island") is home to rare and endangered rock iguanas. Hop aboard a sightseeing cruise to see these friendly creatures up close.

The iguanas once roamed throughout the Turks and Caicos Islands, but domestic dogs and cats all but wiped them out – except on Little Water Cay where they are protected. The National Trust has developed two boardwalk trails that loop around the island's north and south side, so you can view the iguanas without disturbing their natural habitat.

After you've had your wildlife fix, you can take a dip in the turquoise water or relax on the beautiful white-sand beaches. It's also possible to kayak to the island, however you need to be careful of the strong currents in the channel.

6. Swim with Stingrays at Gibbs Cay

Ever wondered what a stingray feels like? In the clear waters off uninhabited Gibbs Cay, you can stroke one of the satiny sea creatures as they swim up to you like puppy dogs.

Gibbs Cay lies a short boat trip from the eastern coast of Grand Turk. As well as feeding and swimming with the stingrays, you can snorkel along the coral reefs surrounding the beach. Gibbs Cay is also home to a large population of seabirds.

Many cruise ship passengers visit for the day on boat tours and enjoy a picnic lunch.

A National Trust Heritage site, Crossing Place Trail is a coastal path established in the 18th century by plantation settlers and slaves. Today, the path's eight kilometers of hiking and biking trails follow the old path, from the village of Lorimers to the place where islanders crossed the sandbars to trade with the inhabitants of North Caicos long ago.

The trail leads along coastal headlands, past beaches, cave formations, and inland bush, with gorgeous views of the coastline along Mudjin Harbour and Norbellis Coves.

Be sure to bring plenty of water and sun protection, as the trail is fairly exposed, and it's also a good idea to wear sturdy shoes and long pants – the trail is rocky and overgrown in some areas. Guided hikes are a good way to learn more about the history and ecology of the trail.

A five-kilometer slice of coastline along the north of Middle Caicos, Mudjin Harbour is one of the most photographed sites on the Turks and Caicos Islands. Breathtaking limestone cliffs overhang the half-moon lagoon and its arc of white-sand beach.

Dragon Island lies just offshore, and you can access the tiny island via a sandbar at low tide. Under calm conditions, snorkeling is also great here. Beach lovers can access Mudjin Harbour by car or by hiking Crossing Place Trail.

This gorgeous 800-acre private island, a 15-minute boat ride from Providenciales, was once a hideout for pirates and is now a hideout for affluent nature lovers who want to escape the stress of their busy lives. The island has no phones, TVs, or cars in order to preserve its peaceful ambience.

One of the island's best natural features is its magnificent four-kilometer-long stretch of beach that rivals Grace Bay in beauty and is one of the best beaches in Turks and Caicos.

The only way to stay here is as a guest of The Meridian Club Pine Cay Turks and Caicos, an exclusive, environmentally sensitive resort. However, with 24-hour advance notice (and subject to availability), you can purchase a day pass and visit the island for lunch. This also entitles you to use some of the resort's facilities and enjoy the stunningly beautiful beach, excellent snorkeling, and nature trails.

If you look at a Turks and Caicos map, you'll see an island embracing the north coast of Pine Cay: Fort George Cay. Also a national park, this picturesque island is a popular destination for boat excursions. Beautiful beaches and the ruins of a British fort and a pre-Columbian settlement are its top attractions.

Nominated as a UNESCO World Heritage Site, Salt Cay is a time capsule from the days "when Salt was king." This historic island was once the world's largest producer of salt, the mainstay of the Turks and Caicos economy from the late 1600s until the early 1960s.

What little development exists on Salt Cay is found in Balfour Town. The key tourist attraction here is The White House, a stately salt-merchant's manor, built in 1835 with ballast stone and furnished with antiques.

Conch Bar Caves National Park protects 24 kilometers of underground caverns. This karst limestone cave system is one of the largest cave systems in the Caribbean region.

Some of the caves have lagoons, as well as stalactites and stalagmites, and most have large colonies of bats. The caves also have a rich history – Lucayan Indians used them for sacred ceremonies and left petroglyphs on the walls.

Guided tours provide a background on the history of the caves and highlight some of the natural features and bat colonies.

Protecting the northern tip of the island, Grand Turk Lighthouse is an important landmark with an interesting history. The lighthouse dates to the mid 19th century and was transported piece by piece to the island from Britain. It was rebuilt at this location and stands alongside the lighthouse keeper's house, both of which are protected as historic sites by the National Trust.

Many visitors like to pat the friendly donkeys here. From the lighthouse, you can wander a panoramic cliff-top trail to a secluded beach and enjoy beautiful ocean views along the way. Look for whales during February and March.

Housed in one of the oldest stone buildings on the islands, the Turks and Caicos National Museum is a great way to learn about the country's history. Exhibits cover topics like slavery, the Lucayans, the salt industry, and the natural environment. You can also view remnants of the Molasses Reef wreck, the oldest in the Western Hemisphere.

One of the most interesting exhibits is the collection of messages in bottles that have washed ashore from all over the world. You can also tour a thatch-roofed house, which provides a glimpse into how people on the islands once lived.

Next door, the botanical garden features examples of native and imported plants.

Preserved by the National Trust, Cheshire Hall Plantation, on the island of Providenciales, is a great way to get a sense of the island's history. Knowledgeable guides lead tours around the 200-year-old ruins of this cotton plantation, sharing stories about the challenges faced by the owners, Thomas Stubbs and his brother Wade, as they battled soil depletion, drought, and hurricanes. A few cotton plants still survive among the ruins. 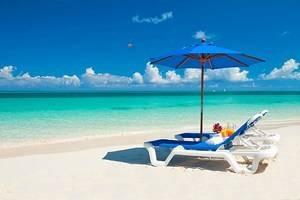 Turks and Caicos Hotels and Resorts: Are you traveling with kids? You'll find an impressive selection of Turks and Caicos family resorts, many presiding over Grace Bay and other dazzling beaches.

Nearby Caribbean Islands: Northwest of Turks and Caicos, the Bahamas are a string of 700 islands and more than 2,000 small cays that are also home to some of the best beaches in the Caribbean. To the west is Cuba and the popular resort destination of Varadero, with more beautiful beaches.

More on Turks and Caicos Islands 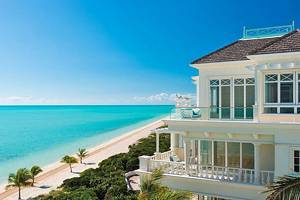 14 Best Resorts in Turks and Caicos 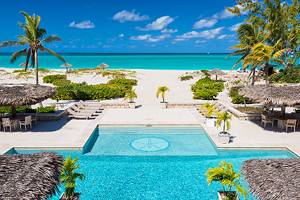 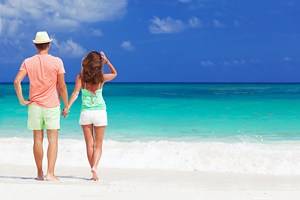 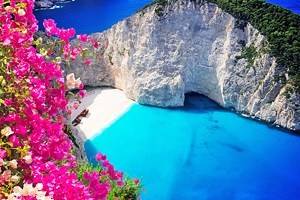 20 Best Beaches in the World 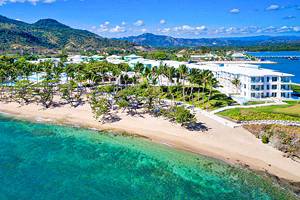 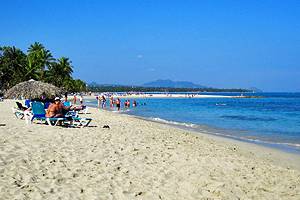 12 Top-Rated Attractions & Things to Do in Puerto Plata 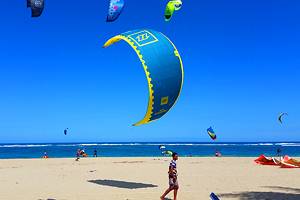 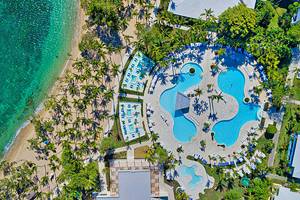 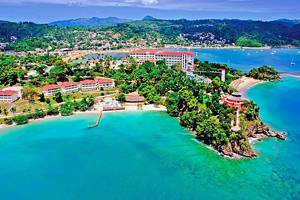 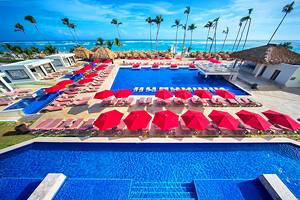 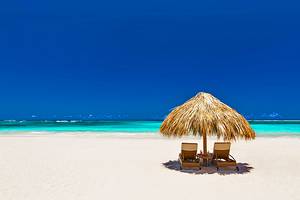 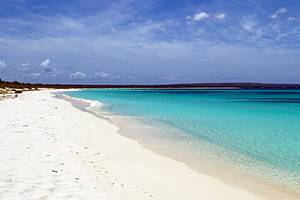 12 Top-Rated Beaches in the Dominican Republic 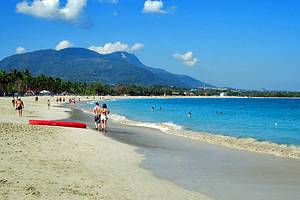 14 Top Attractions & Things to Do in the Dominican Republic 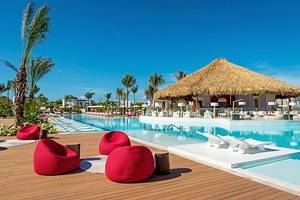 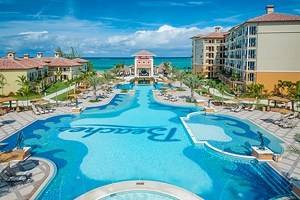 22 Most Beautiful Islands in the World
BE INSPIRED!
MORE PICTURES OF TURKS AND CAICOS ISLANDS