About 75 million years ago, dinosaurs roamed the region around Drumheller, at one time a vast inland lake with a tropical climate and lush vegetation. In 1884, by sheer chance, geologist J. B. Tyrrell stumbled across some dinosaur bones lying among the cacti and stones of the Alberta Badlands while in the region searching for coal. Quite unwittingly, Tyrell started the "great Canadian dinosaur-rush," with paleontologists and collectors from around the world streaming into the Badlands in their horse-drawn wagons to catch a piece of the action.

Many of the dinosaur remains they dug up can be seen today in numerous museums in the area, across Canada, and around the world. To find out where best to see these amazing dinosaur sites and remains, as well as countless other things to do, be sure to refer to our list of the top tourist attractions in Drumheller.

See also: Where to Stay in Drumheller

The Royal Tyrrell Museum displays hundreds of fossils from its vast collection of over 130,000 examples, including numerous dinosaur skeletons. The most modern museum techniques have brought millions of years of the earth's history back to life here, with fascinating displays enhanced by easy-to-use computer terminals that provide visitors with an insight into the evolution of life on earth.

Located on the north bank of the Red Deer River just six kilometers north of Drumheller, the museum—named after the man who first discovered dinosaurs here—opened in 1985 and has since drawn worldwide acclaim for its paleontology research and exhibit facilities. A primeval garden shows tropical and subtropical plant species at the start of the Carbonaceous Period with their modern descendants. A variety of fun workshops and lectures are also offered, along with guided tours. A café and a gift shop are located on-site.

Along Highways 838 and 837, the Dinosaur Trail takes in an area of steep and barren rocky slopes from which wind and rain have revealed whole dinosaur skeletons and carved mushroom-shaped pillars known as "hoodoos." The 48-kilometer scenic tour lies to the west of Drumheller, and edges Red Deer River.

Besides the scenery, there are a number of attractions along this circular drive. Leaving Drumheller, at the bridge where Highway 9 crosses the river, visitors can climb inside a giant tyrannosaurus rex sculpture, and along the river, there is an old coal mine that's been preserved as Midland Provincial Park (also where the Royal Tyrrell Museum is located). Farther northwest, Bleriot Ferry carries passengers across the Red Deer River and has been in operation since 1913.

A tour of the Badlands follows Highway 9 northeast of Calgary and passes through flat hills and partly irrigated arable land until arriving in Drumheller in the Red Deer River Valley. Some 17 kilometers west of Drumheller, the deeply slashed Horseshoe Canyon is a large chasm resembling a mini Grand Canyon. It shows the forces of erosion in the area and the complete lack of vegetation. The little vegetation that does grow in the Badlands includes sagebrush, greasewood bushes, and cacti.

This is a popular location for hikers, drawn here for the chance to explore its unique landscape.

This scenic drive offers great views of hoodoos, which are sandstone rock pillars in strange, gravity-defying shapes. A charming tour starts from Drumheller on Highway 10 to the east. After about eight kilometers, the route passes the Rosedale Swinging Suspension Bridge, originally built by the workers of the Old Star Coal Mine. It leads across to a now unused coal mine. The drive returns along the same route.

After a small chapel built in 1957 collapsed, Horsethief Canyon Viewpoint was constructed on the Dinosaur Trail to offer a good view of the various sedimentary layers in the canyon. The canyon is so named because thieves once used the tucked-away area to hide stolen livestock. Footpaths lead down into the canyon to fossilized oyster beds, though it is easy to get lost, so be sure to make a mental note of your route.

On Hoodoo Drive, visitors can tour one of the 139 coal mines that were located near Drumheller. One of the biggest, the now inactive Atlas Coal Mine National Historic Site, offers underground tours through the mining tunnels and rides on a narrow-gauge train. A number of unique experiences are also now available, including tours that offer a unique insight into the working conditions of the time. The mine closed in 1979, part of a shift to natural gas as a heating fuel.

The East Coulee School Museum is another local attraction in what's now nearly a ghost town, and introduces school life in the year 1936.

Located in the Red Deer River Valley and northeast of Brooks, this UNESCO World Heritage Site is home to rich deposits of dinosaur bones. The Badlands park has a visitor center with extensive exhibits and welcomes dinosaur hunters for guided hikes, bus tours, and hands-on excavations. A variety of unique camping spots are also available, including one that offers a luxury "comfort camping" experience. Besides dinosaurs, the wide and barren landscape of hoodoos and canyons is its own attraction.

To hunt large numbers of bison, Cree First Nations people would drive animals along the high-level plateau and over sharp cliffs above the Red River Valley. This Badlands park is about 100 kilometers north of Drumheller, and offers camping, bird-watching, fishing, and canoeing. Keep an eye out for fossils, too—the park has an important Albertosaurus bone bed.

The Vulcan Trek Station in the town of Vulcan is a Star Trek-themed information center with a captain and crew who can answer your questions about the town and its sci-fi attractions. The building itself is shaped like a spaceship and is home to an extensive memorabilia collection. Near Highway 23, the Vulcan Starship FX6-1995-A was unveiled in 1995. A walking tour, memorial plaque, and walk of fame turn the whole town into a Trekky favorite.

Given the countless references to dinosaurs in and around Drumheller, it should probably come as no surprise that the town just so happens to be home to the World's Largest Dinosaur. Standing an impressive 26 meters tall and 46 meters long, this huge beast is a novelty attraction that's well worth a visit, with guests actually being able to climb inside to a fun viewing platform, through the 72-ton dinosaur's huge mouth (it's a bit of a climb, consisting of 106 steps, but is well worth the effort).

Where to Stay in Drumheller for Sightseeing

To help you in your search for the perfect accommodations when visiting the many dinosaur-related attractions in and around Drumheller in Alberta, we've pulled together the following list of some of our favorite places to stay. 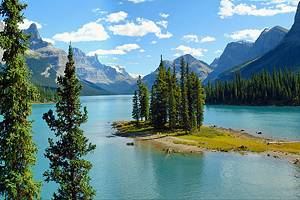 The Best of Alberta: One of the top destinations within the province of Alberta, the capital city of Edmonton features plenty of fun things to do, from its great museums to its nature preserves and wildlife reserves. The city of Calgary is also well worth visiting, especially if your visit coincides with the famous Calgary Stampede held each July. Then, of course, there's beautiful Banff, particularly popular for sights that include Lake Louise and the majestic Banff Springs Hotel. 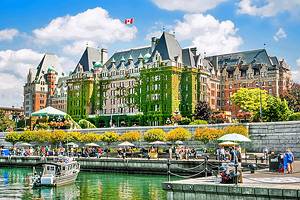 Canada Vacation Ideas: Canada's world-class cities are well worth exploring. A great starting point is the country's largest city, Toronto. Here, you'll enjoy everything from the breathtaking view from the CN Tower to great museums and art galleries. Over on the West Coast, the cities of Vancouver, famous for its incredible Stanley Park attractions, and Victoria over on Vancouver Island, are well worth including in your Canada travel itinerary. 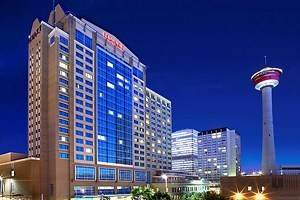 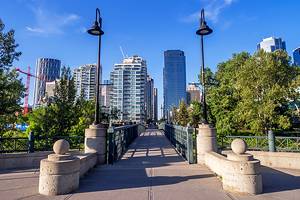 Where to Stay in Calgary: Best Areas & Hotels 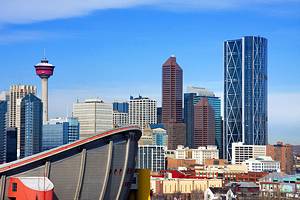 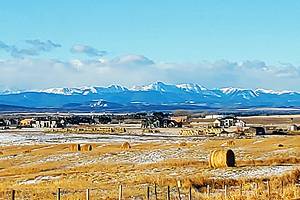 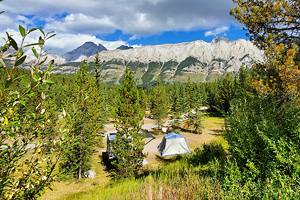 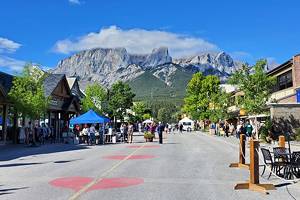 15 Top-Rated Things to Do in Canmore, Alberta 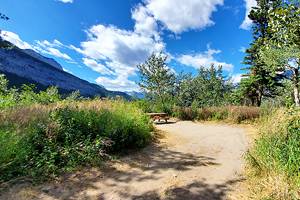 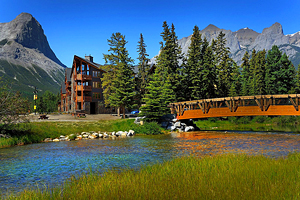 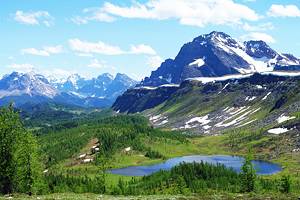 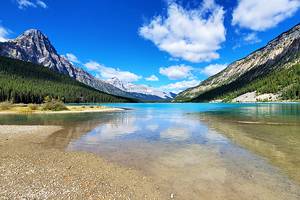 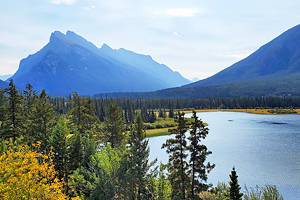 From Banff to Lake Louise: 5 Best Ways to Get There 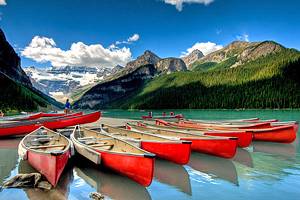 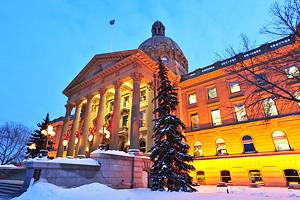 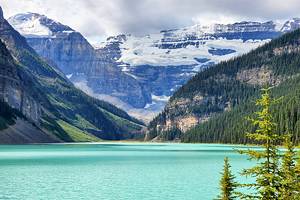 14 Top-Rated Things to Do at Lake Louise, AB 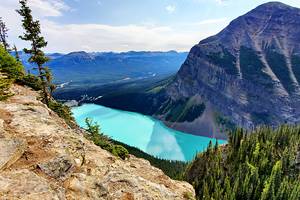