Known as the sunniest place in Denmark, Bornholm's mild climate, laid-back atmosphere, charming villages, and sandy beaches, together with its many walks and biking trails have made it a popular place for tourists to visit.

The interior of the island is partly wooded and part heathland. On the north of the island, you'll find breathtaking, steep cliffs and sea stacks. The southeast and western fringes, are lined with sand dunes and beautiful long beaches. The coastal strip near Dueodde is particularly popular for its many kilometers of white-sand beach.

Bornholm has a reputation for excellent salmon and cod fishing, as well as fine stocks of sea trout. Be aware, however, that all anglers between the ages of 18 and 65 require a fishing permit for both freshwater and ocean fishing.

You can be sure of finding the best places to visit and things to do by using our handy list of the top tourist attractions in Bornholm.

If you head south along the coast for 23 kilometers towards Allinge-Sandvig, one of the most attractive resorts on the island, you'll pass by Hammeren Lighthouse. Strategically placed on a rocky plateau to the southwest of the lighthouse are the ruins of Hammershus Castle, built around 1250 for protection against marauding Danish kings.

The fortress was violently fought over on several occasions and then sadly used as a quarry until placed under a preservation order in 1822. Magnificent views beckon from the adjacent cliffs.

There are several things to do here. Boat trips take visitors to nearby sites, including the Våde Ovn, a 55-meter-long cave. The walk along the footpath to Slotslyngen woodland is considered to be one of the most beautiful and dramatic in Denmark.

Accommodation: Where to Stay on Bornholm

Considered one of the finest examples of modern Danish architecture in Denmark, this architecturally cutting-edge museum opened in 1993 on an enviable spot with panoramic ocean views across to Christiansoe.

There are also sculptures and earlier works, making this Denmark's largest collection of arts and crafts outside Copenhagen. There's a great café where you can sit back and admire not only the art, but also the terrific landscape.

This fascinating museum has a collection covering seafaring history and the natural history of Rønne and Bornholm. The history of art department features works by local Bornholm painters, as well as drawings and examples of the decorative arts, including Viking pieces.

The museum also houses other interesting historic artifacts, such as wartime memorials, old clocks, and items of gold. Children will love the seafaring section decked out as a ship.

Also under the umbrella of the Bornholm Museum are Hjorth's Factory, Erich's Farm (both in Ronne), and Melstedgård Agricultural Museum south of Gudhjem.

4. Christiansø and the Pea Islands (Ertholmene)

To the northeast of Bornholm lies a group of islands called Ertholmene (Pea Islands), which can be reached by boat from Allinge, Gudhjem, and Svaneke.

On the main island of Christiansø are extensive fortifications installed by Christian V in 1684. When the port lost its importance as a naval base in the 19th century, it became something of a magnet for poets and artists.

The neighboring island of Frederiksø was once notorious as a place of exile; its most interesting building is the Lille Tarn (Little Tower), now a museum with a 17th-century model of the castle on Christiansø, along with rifles, cannons, old furniture, and utensils.

Though closed to the public, Græsholm is home to a bird sanctuary.

5. The Hills of Paradise (Paradisbakkerne)

Although Bornholm's coastline is stunning, inland is equally delightful. Around three kilometers from the busy port of Nexo, you'll find the privately owned Hills of Paradise (Paradisbakkerne), interestingly also known as The Hills of Hell (Helvedesbakkarne).

This is a treasure trove for hikers and mountain bikers, with rocky soaring landscapes, narrow valleys, and lush forests to explore. Park at Lisegaard and set off on your adventure.

The iron-age stronghold of Gamleborg and the Rocking Stone (Rokkestenen) are well worth seeing. There's a youth hostel and various marked trails to follow.

With its fine white sand, clear water, and miles of dunes, Dueodde, at the southern tip of the island, is considered one of Europe's best beaches. Sandbars allow for both shallow water and places close to the shore that are deep enough for swimming.

Several kilometers of beach are, in places, hundreds of meters wide, backed by dunes that stretch even farther inland. The dune area was once even larger, but part of it was planted with pines and grasses in the 1800s to prevent further drift.

For sweeping views of the dunes, beach, and sea, climb the 47-meter-tall Dueodde Lighthouse. Two gun batteries, built by the Germans early in World War II but abandoned before they were finished, are hidden in the pine forest behind the dunes.

On the northern tip of Bornholm are the twin resorts of Allinge-Sandvig, one of the most attractive holiday locations on the island (Sandvig means sandy bay). Tømmehuset, at Vestergade 3 in Sandvig, houses a little local museum.

Allinge is home to a number of attractive half-timbered houses, an interesting old Town Hall, and a church. The oldest parts of the church are Gothic.

An obelisk outside the cemetery in Allinge is in memory of Russian soldiers who fell in the Second World War. Many quaint old farms can be found in and around the area.

In the tiny village of Nylars, about a 10-minute drive southwest from Ronne, is the most recent and best preserved of the distinctive round churches of Bornholm. The interior of the church has wall paintings depicting the Creation and the Fall of Man.

In the porch is a huge cross dating from Renaissance times. Interestingly, the church was not only built as a place of worship, but also served a defensive role. The origin of the church dates back to 1165.

A northerly drive of a little more than 13 kilometers from Ronne brings you to Hasle, a little port that is home to a sturdy 14th century stone church, Nykirke, with a half-timbered tower. The beautifully carved and painted winged altar is the work of a Lübeck artist and dates from around 1450.

South of the town, a sandy beach lies beyond some picturesque pine woods, while seven kilometers to the north, a stretch of steep granite coastline features a crag known as Jons Kapel (John's Chapel), which is 40 meters in height.

Held in mid July, the annual Herring Festival offers plenty of things to do, with a parade, a fair, food and drink stalls, a craft market, and plenty of dancing and singing in the streets.

To the south of Allinge, the sea is fringed with cliffs along which winds a rocky path. The best places to visit here include Sandkås, Tejn, Stammershalle, the Helligdom, Stevelen cliffs, and the quaint fishing village of Gudhjem.

The harbor is blasted out of the rock, and numerous winding lanes and steep streets crisscross the town. Tourist attractions include the Municipal Museum, housed in the former station building, and the open-air Melstedgård Agricultural Museum.

About three kilometers to the south of the village, the museum is in a half-timbered farmhouse typical of those on Bornholm. The Balticum Film & TV Festival usually takes place here in May or June.

A six-kilometer drive south from Gudhjem is Osterlars village and another round church of the same name. This is the largest round church on the island and was built in the 11th century and dedicated to St. Laurence.

The central pillar is hollow with internal ribbed vaulting. The space inside, known as the "oven", is joined to the rest of the nave by six arcades. On the exterior of the "oven", frescoes dating from 1350 portray scenes from the life of Jesus and the Last Judgment.

When the church was restored in 1955, the oven was converted into a baptistery with a granite font. 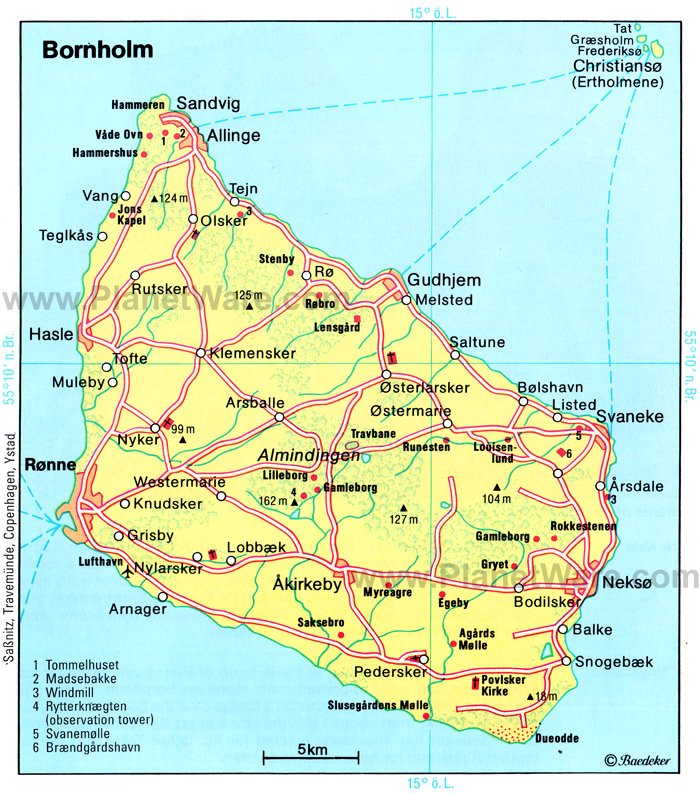 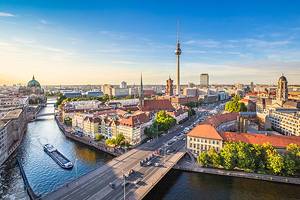 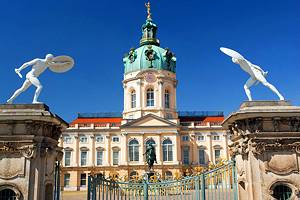 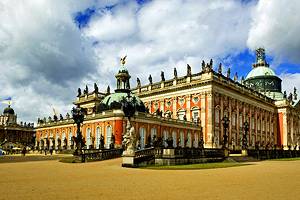 20 Top-Rated Attractions & Things to Do in Potsdam
Recent Articles