Since borders are not regulated in the European Union, ambitious hikers can start their trip in one country and end in the other. But keep in mind that multi-day hiking trips, while tempting, are tricky. There's no lodging inside the park (on either side of the border), and all camping sites are outside the entrance of the park.

However, the park allows boofen – basically, you can bring a sleeping bag (but not a tent) and find a place to sleep inside a cave or under a boulder, but only in certain areas of the park, so you'll have to do some research in advance.

No matter what your plans are, discover the top things to do here with our list of the best hikes and attractions in Bohemian Switzerland National Park.

The impressive Elbe sandstone mountains crisscross throughout Bohemian Switzerland National Park in a breathtaking array. No matter how much hiking you'll be doing once you arrive or which trails you're taking – the honeycombed sandstone formations are everywhere.

The Belvedér terrace, which overlooks the Elbe Canyon, and the 15th-century ruins of the Dolsky Mlyn mill are two of the most popular destinations in the mountains. Hikers can also head to Tiské Skály (Tisa Rocks), a maze of 30-meter-high sandstone rock walls that looks like it's out of a fairy-tale.

A number of very steep metal ladders and stone stairs lead adventurous souls up to the ruins of Šaunštejn Castle, a 14th-century stone castle with views over the Ore Mountains, which mark the border between the Czech Republic and Germany.

The Kamenice riverbank and Kamnitz Gorge are one of the most beloved attractions within the park. As a rocky ravine that runs between the towns of Hrensko and Srbská Kamenice before emptying into the Elbe River, the gorges of Kamenice offer a unique chance to see the canyons and sandstone mountains from the water.

You can catch a boat ride between the two towns from April through November, surrounded by unspoiled nature and the smell of wild forests.

Paths and trails run alongside steep, rocky walls for sections of the Kamenice river and are a good way to explore quietly on your own. This is a great option in winter, when the boats don't run, as it still allows for great views over the water and the forests around.

Europe's largest sandstone arch, Pravcická Brána (which translates to "the Prebisch Gate") is a natural rock formation that towers over 26 meters at the top of a hill. If the arch looks familiar, it's because it was used for several key scenes in the movie The Chronicles of Narnia: The Lion, the Witch and the Wardrobe.

To reach it, you'll have to hike anywhere between one and two hours uphill (depending on which route you take) alongside rock formations and shaded forest trails. Although it was once possible to climb to the top of the arch, this has been banned since 1982 to prevent further damage to the rock. You can still climb stairs and stand at several lookout points for stunning views over the park.

The Falcon's Nest (Sokolí hnízdo) chateau under the gate once belonged to Prince Edmund Clary-Aldringen, and it's a restaurant and photo gallery today.

The Bastei Bridge is technically on the German side of the park, but it's easily reached from the park or nearby Decín city via a cross-border bus line or train. Once you arrive, you'll still have an easy one-hour hike ahead of you before you reach the actual bridge. Built of sandstone 305 meters up in the sky and in between a number of different rock formations, the Bastei Bridge offers one of the most stunning views you'll find over the Elbe mountains.

A panoramic-view restaurant and a large viewing platform at the top of the bridge allow for breathtaking views, especially at sunset. And while visiting in summer is very popular, the bridge is open all year long, and the park is particularly stunning in winter, as snow and ice cover the trees and rocks below.

The Elbe River is the heart of Bohemian Switzerland – it cuts through the park, feeds the streams and gorges, and then continues on to Germany. Hiking and biking trails extend alongside the river, lined up with sandstone rock formations and evergreen forests.

You can actually bike from the Czech side all the way into Germany alongside the river. It's a 27-kilometer path that brings you to the picturesque town of Pirna on the German side. After a break for some sightseeing and lunch, you can take the train back (bicycles are allowed on the train) to your starting point.

As the largest sandstone canyon in Europe, the Elbe river canyon is a hiker's paradise. The Czech Republic has an excellent trail marking system that makes it possible to hike for days without ever getting lost. During the summer, visitors can also hop in a canoe or raft to make their way downriver.

Ruzovský Vrch is Bohemian Switzerland's most famous mountain. At 619 meters tall, Ruzovský Vrch (which loosely translates to "rosy hill" because it often appears pinkish in the sunrise) might not be a mighty mountain, but it's still the tallest in the park and easy to recognize because of its circular, cone-shaped peak.

There are three hiking trails that reach the top and are anywhere from 3.3-kilometer to 4.5-kilometers long. The ascent is easy, on soft rolling terrain with nice views along the way and a chance to run into over 400 different species of butterflies; the endangered fire salamander; and a number of mammals, including wild boars and red deer.

At the top of the hill, visitors will find the remains of a lookout tower and a restaurant, both of which were destroyed by fire and abandoned decades ago. Today, the hill is part of a protected area, and no new buildings can be added to the area.

7. Camping near the Park

Camping is only permitted within the park's boundaries in specific areas and under strict rules. Wild camping, where you pitch your tent anywhere you want, is not an option, as the entire park is a protected area.

Camp Mezní Louka is the closest campground to the trails, just minutes away from the trail that leads to Pravcická Gate. Ceská brána is a larger campground (slightly farther away) that offers grassy spaces for pitching a tent, areas for caravans, and basic but cute cabins for rent that are perfect during the cooler months. Czech campgrounds usually have a restaurant on-site, bathroom and kitchen facilities, and specially designated campfire spaces.

If you're looking for a bit more comfort, pensions and boutique hotels abound in the area as well.

Top Hikes: The Short & The Long of It

Summer is the busiest hiking season in the park. If you want peace and quiet and having the trails all to yourself, plan your trip in early spring or late fall.

Keep in mind that even easy hikes can be harder in winter when the trails are icy, or during strong rains, which can make the rocks very slippery. If you're planning on exploring the park during extreme weather, make sure you pick the right footwear and take precautions.

Easy to Moderate Hike: The hike up to Pravcicka Brana is perhaps the best-known trail in the park. For an easy day hike, follow the riverbank trails from the town of Hrensko to Edmund's gorge, a quick two-kilometer hike, perfect for families. You can make this hike harder by starting with a boat ride to Edmund's gorge, then taking the six-kilometer-long Gabriela's trail, which ends at the top of the hill at the famous Pravcická gate.

Another relatively easy but long hike is the one that takes you to see the icefalls in Brtníky, followed by a stop at the Cave of Fairies in the Kyjov Valley. This 14-kilometer, one-way hike is mostly a green trail for the first half, then a red one for the rest of the way, but the views along the way and the magic of a cave full of ice stalactites is well-worth the effort.

Advanced Hike: Start your hike in Hrensko for a longer walk with lots more to see. Follow the marked trails for a 20-kilometer loop that will take you to the Kamenice river first, then to the Pravcická gate. You'll end the hike back in town, where you started.

The park also has its share of off-the-beaten-path trails, such as the 11-kilometer relatively easy hike up to Šaunštejn (also known as "robber's castle"), which involves climbing up a number of vertical metal ladders, or the more strenuous Mariina skála hike, which takes you up to a wooden refuge hut at the top of a 428-meter-tall hill.

Tips for Hiking in the Park

The Best of the Czech Republic: A trip to Bohemian Switzerland National Park is one of the most popular and top-rated day trips from Prague. It's possible to explore both the Czech and the German sides of the parks in one day by joining a tour or renting a car for time efficiency. Need more inspiration to help you discover other stunning destinations inside the country? Check out our article, Top-Rated Tourist Attractions in the Czech Republic.

Discovering Prague: Prague is the most popular starting point for trips to Bohemian Switzerland National Park. Before you go (or on your way back), make sure to discover some of the top-rated tourist attractions in Prague. Staying in Prague overnight? Take a look at Where to Stay in Prague: Best Areas & Hotels for tips on choosing the right accommodation. 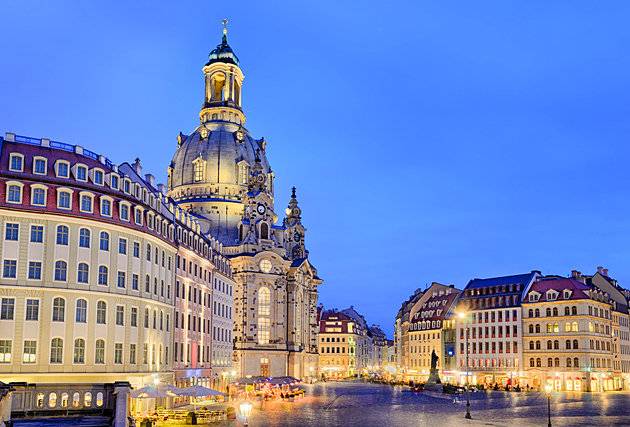 Prague to Bratislava: 4 Best Ways to Get There

21 Top-Rated Attractions & Things to Do in Prague

From Prague Airport to the City Center: 4 Best Ways to Get There

Day Trip to Cesky Krumlov from Prague - The Complete Guide

14 Top-Rated Things to Do in Prague with Kids

From Prague to Kutna Hora: The Complete Day Trip Guide

15 Top-Rated Things to Do in Prague in Winter

From Prague to Budapest: 5 Best Ways to Get There

Shopping in Prague: Where to Go & What to Buy

From Prague to Vienna: 5 Best Ways to Get There

22 Most Beautiful Islands in the World
BE INSPIRED!
More Pictures of Switzerland