Let's face it, travel is expensive, especially if you have your sights set on Europe. Just because hot spots like London and Paris are budget breakers doesn't mean you have to forgo a European vacation. Luckily this cultured continent is home to a slew of cheap places to visit – you only need to know where to go.

It's a common misconception that European jet-setting is pricey, when in reality, to save a dollar (or a few thousand), being strategic about your destination is key.

Though there are many expensive cosmopolitan cities across the Atlantic, there are even more budget-friendly options that still provide the same cultural, culinary, and eye-opening experiences you seek in a European vacation.

From a port city in Spain to a mountain town in Bulgaria to the charming Porto in Portugal, check out our list of the best cheap places to visit in Europe.

It's nicknamed "The City of a Hundred Spies," but you don't have to be stealthy to save money in the capital of the Czech Republic. No matter the season, Prague offers charm, adventure, history, and plenty of decadent (and deliciously fried) dishes. Whether you're on a hostel budget or can spend a bit more for an Airbnb, you can expect to pay very little in nightly rates and dinners out.

The city itself is divided into old and new, and you can hire a tour guide or save money by wandering around yourself – it's not only simple to navigate but features an inexpensive metro system, too.

Want to really get a good bang for your buck? Pack yourself a cheap breakfast and a coffee and watch the sun rise over the Charles Bridge. It's an unforgettable (and basically money- and crowd-free) experience.

If you're a fan of art and the undeniable allure of Spain, you might consider hopping a flight to Barcelona. But once you start looking at hotel rates... you might think again. Instead, save some cash and still test your eye for design by vacationing in Valencia.

This port city lies along the southeastern coast of the country and is renowned in Europe for it's dedication to science and art, with a well-known oceanarium, museum, and planetarium among its top attractions. No out-of-office adventure is complete without a little R&R, and luckily, Valencia also features many beaches and hiking and biking trails, too. Nature and inspiration? Yes, please!

Accommodation: Where to Stay in Valencia: Best Areas & Hotels

Overall, Germany isn't the most budget-friendly destination to book in Europe, but there are a few exceptions to the rule and strategies to lower your costs.

Case in point, the country's capital of Berlin, which is steadily growing as a hot spot for digital nomads and remote workers. This is partially due to their lenient expat policy that allows for much longer visas compared to other countries within the Schengen area. Because of this uptick, you can expect many affordable long-term rentals or short-term Airbnbs, hostels, and micro hotels.

When you're in town, you'll see plenty of remnants from many centuries ago detailing the wars it has endured, as well as the modern recreation of hope in the form of various street art and galleries. Perhaps it goes without saying, but the Berlin Wall (and its graffiti), as well as the Brandenburg Gate are must-sees.

Accommodation: Where to Stay in Berlin: Best Areas & Hotels

A flight, train, or road trip away from Prague is another Eastern European jewel that won't cost all of your rubies. The capital of Hungary, Budapest is smaller than other spots, but packs plenty of fun, with lively entertainment venues and plenty of walks to keep you busy.

In addition to nibbling your way around food markets and street vendors, Budapest is ripe with donation-only museums that make learning about its troublesome past as eye-opening as it is affordable.

Most travelers make their way to Fisherman's Bastion to capture an image for their Instagram, and a ride on the Budapest Eye in Erzsébet Square might be a bit of a splurge... but it's a scenic way to seal your trip.

Accommodation: Where to Stay in Budapest: Best Areas & Hotels

Never heard of Kotor? Here's a briefer: it's the neighbor of Croatia along the Adriatic Coast and might be one of the best-and cheapest-secrets of Europe. Much like nearby Dubrovnik, Kotor is set on limestone cliffs, providing an incredible backdrop to witness from the curvy, quaint streets or the shore.

In addition to working on your tan, you will also feel as if you were transported back to medieval times, with many structures from centuries ago. Explore castles and churches and discover other interesting things to do in Kotor.

Unlike other tropical-esque spots in the region, Kotor has yet to gain popularity, so you'll find inexpensive rates, even for beachfront hotels or rentals.

Read More: Top-Rated Things to do in Montenegro

Another unmissable Spanish city is the home of the legendary flamenco dancing: Seville. This romantic city is part of Spain's Andalusia region, and features an overflowing amount of small eateries, cafés, tapas restaurants, and parks.

Unlike other busy cities, this smaller town is a common place for study abroad students and backpackers, providing a much richer cultural immersion that's not possible with rampant crowds.

Like any place in Europe, it also offers a glimpse of history, including the Alcázar castle (a.k.a. Real Alcázar), and the reputed resting place of Christopher Columbus in the Gothic Seville Cathedral. Use your saved pennies for a horse and buggy ride through town, or lounge by the giant fountain in the stunning castle grounds.

Whether you picnic on the grass or waste away the hours at an outdoor terrace, make sure to save time to climb the Giralda bell tower for an amazing view.

It's recommended to visit the capital of Poland during the spring and summer, unless you don't mind battling freezing temperatures. While visiting in winter is your cheapest bet for booking airfare and accommodations, it may well be so cold, you won't fully appreciate the town's many offerings.

Frequent fliers rave about Warsaw thanks to its fascinating and vibrant society, which marries the ancient with the revolutionary. After the city's demise during World War II, the Old Town was reconfigured, but its heartbeat was maintained – as you walk through Market Square, keep an eye out for heart shapes, a common graffiti element used by taggers.

You'll also see Gothic elements that might remind you of Budapest, and plenty of cheap eats to dazzle your taste buds.

Accommodation: Where to Stay in Warsaw

Nestled on the Baltic Sea and dazzling with pops of greenery in the spring, the capital of Estonia is worth the trip. Believe it or not, its history dates back to the 13th century, with the original wall still intact.

Cobblestone streets bring a sweet charm, as tourists wander about the city, stopping by cafés and boutiques along the way. Most of the attractions and landmarks in Tallin – including Kiek in de Kok, Gothic Town Hall, and St. Nicholas Church – all boast inexpensive admissions.

Most travelers appreciate the affordable nightly rates, as well as some of the most highly rated street food in Northern Europe.

Accommodation: Where to Stay in Tallinn

Read More: Top Attractions & Things to Do in Estonia

Bratislava is another unmissable capital in Eastern Europe. A Slovakian gem, Bratislava, like Prague, is set on the sparkling Danube River. If you and your travel buddies crave some city with a side of countryside, Bratislava is an ideal match.

You can easily visit nearby villages and mountains, featuring countless cycling and hiking trails for active jet-setters. When you're resting your muscles from the hard work, head to the nostalgic old town. A pedestrian-only area, this is where you'll find the city's best cafés and restaurants, a perfect place to relax.

If you happen to travel here for a romantic getaway but don't have much to spend, a fun afternoon at the Bratislava castle is a sweet idea.

Accommodation: Where to Stay in Bratislava

Read More: Top-Rated Attractions & Things to Do in Bratislava

As more remote workers flock to Sofia, it becomes a prime spot for cheap travel. Not only is this city the capital of Bulgaria, but it has more options than you ever knew the country offered.

Within driving distance is the iconic Vitosha Mountain, ideal for hikes and adventuring. And the city itself will occupy the minds of history buffs, since it ties together thousands of years of rulers, from the Greeks and the Soviets to the Romans and more.

With a lively event and culinary scene, the city is relatively safe and has a younger crowd. Don't miss the St. George Rotunda Church or the medieval Boyana Church, which reign as top attractions in Sofia for sightseers.

Accommodation: Where to Stay in Sofia

Most travelers who have Croatia on their bucket list won't miss a stop in Split, on the Dalmatian Coast. Best of all, with cheap nightly rates and quick, fast eats, it definitely won't – ahem – split your budget. Though there are some pricey resorts by the Adriatic Sea, when you stay in the city's iconic Old Town, you'll find a slew of inexpensive hostels and hotels.

You'll definitely want to set aside some cash for a day spent cruising to nearby islands on some of the most beautiful waters you'll ever see. Bring your own snacks and drinks to save on cost.

When you're back on land, don't miss Diocletian's Palace and make sure to climb to the top of the bell tower for a pretty view of this unique town.

Accommodation: Where to Stay in Split: Best Areas & Hotels

Read More: Top-Rated Attractions & Things to Do in Split

It doesn't cost a penny to feast your eyes on Porto's picturesque landscape (once you've paid to get there, that is). Dramatic bridges, orange tiled roofs, and a kaleidoscope of colored buildings tower above the sparkling blue Douro River, welcoming visitors to this Portuguese masterpiece.

The best attractions in Porto are well worth their affordable entrance fees. Palácio de Bolsa is a UNESCO World Heritage sight more than worthy of a visit. It's located in the historic area of Porto, beside São Francisco (the Church of St. Francis).

Dom Luís I Bridge, Sé do Porto (Poroto Cathedral) and the impressive Jardins do Palácio de Cristal (a.k.a. the Crystal Palace Gardens) are not to be missed. And your wallet will thank you for checking out the city's free galleries like Miguel Bombarda and Galeria Quadrado Azul.

Accommodation: Where to Stay in Porto 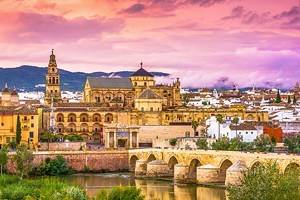 15 Best Places to Visit in Spain 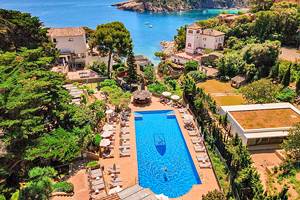 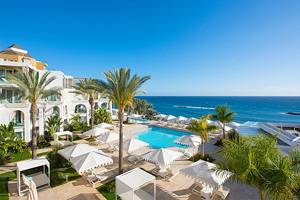 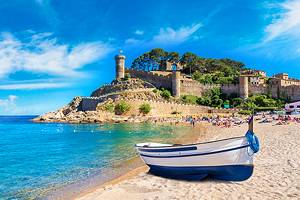 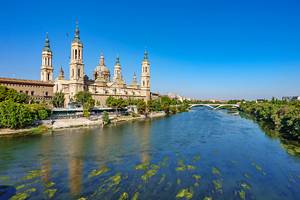 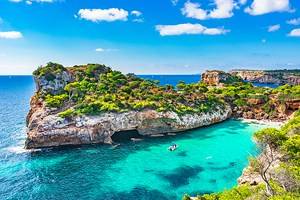 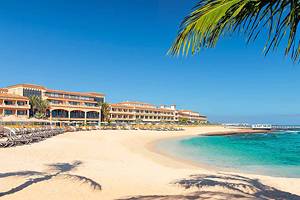 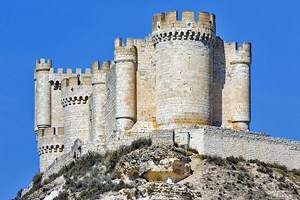 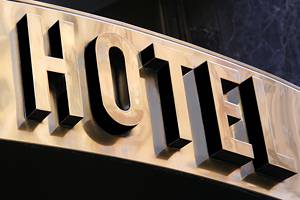 Where to Stay in Madrid: Best Areas & Hotels 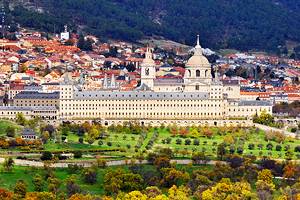 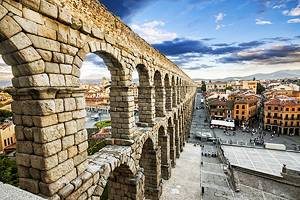 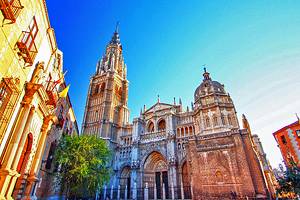 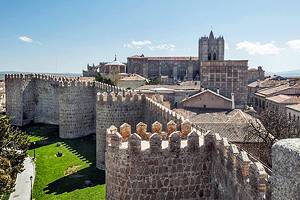 11 Top-Rated Attractions & Things to Do in Ávila 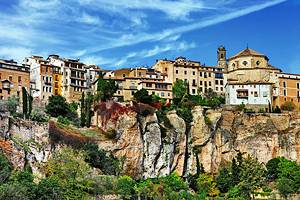 15 Top-Rated Attractions & Things to Do in Cuenca
Recent Articles

14 Best Things to Do in Hampshire, England
BE INSPIRED

22 Most Beautiful Islands in the World
BE INSPIRED!
MORE PICTURES OF SPAIN