14 Top-Rated Things to Do in Pattaya

Phatthalung may not have the touristy glamor of the islands or the popular attractions of Chiang Mai, but that's part of the appeal. It's a lesser-known province in the southern region, and offers opportunities to get away from the backpacking crowds and tap into some of Thailand's more obscure history and attractions.

Phatthalung was once designated one of the 12 royal cities, and was strongly influenced by Indian religious culture in earlier centuries. This area is also where Thailand's style of shadow-puppet play and the Nora dance tradition originated.

Discover the best places to visit in this off-the-beaten-path province with our list of the top attractions in Phatthalung.

Thale Noi is the largest bird sanctuary and first wetlands reserve in Thailand. Nearly 200 species of birds make their homes here for at least part of the year, including great cormorants, pheasant-tailed jacanas, lesser whistling ducks, white-breasted waterhens, and many others.

Birding tours for tourists, researchers, and serious bird enthusiasts are one of the most popular things to do in Phatthalung.

The best time to visit is between October and March, when many birds are here and the plant life is at its most vibrant.

Accommodation: Where to Stay in Phatthalung

Perhaps the most recognizable sight in this southern province is the mountaintop that overlooks it all.

Khao Ok Talu is easy to spot. The mountain stands 250 meters high, and a staircase eases the way for those who want to make the climb and enjoy a bird's-eye view of Phatthalung.

This Ayutthaya-period structure has the distinction of being the first royal temple in Phatthalung. Visitors enter a cave to see both reclining and sitting Buddhas, and will find the initials of royal family members on the walls.

Behind the wat, a flight of steps leads to a grotto. Numerous statues of reclining and seated Buddhas, some gold plated, can be found in the large hall of rocks illuminated by daylight.

A bodhi tree, with copper leaves, rises above them. Nearby, a smaller grotto was once inhabited by hermits who left several Buddha statues here. From a chedi up on the cliffs there are marvelous views across the mountains, the town, and Thale-Luang Lake.

The fishing village of Ban Lam Pam lies about seven kilometers east of Phatthalung on the banks of Songkhla Lake. A boat trip to Tham Malai Grotto will take you to another popular natural landmark: two prominent cliffs on the Phatthalung plain.

The cliffs are called "mountain of the pierced heart" (the straight, towering cliff has a deep hole through it) and "mountain of the decapitated head." According to legend, the cliffs are two women who fought each other out of jealousy and were turned to stone. There is a small shrine on the hill (at the entrance to the dripstone cave).

This monument, located near the town center, honors the courage of Phra Maha Chuai, a monk who rallied local people to fight and defeat the Burmese forces in the Nine Armies War during the reign of Rama I.

Take it easy in the warm waters of these thermal springs, found in the village of Khao Chai Son, about 20 kilometers north of town. This is a great place to visit to decompress from sightseeing and enjoy the lush jungle scenery of the Phatthalung area.

The natural springs here naturally flow at a temperature of about 140 degrees Fahrenheit. If you have time and are looking for other things to do nearby, the Yai Hom and the Kao Chaison caves are just minutes away and are worth visiting as well.

At 5.5 kilometers in length, Chalerm Phra Kiat is the longest bridge in Thailand. It connects two different provinces and offers stunning views over the water and the fishing villages that call the Wang Tanot River home.

One of the most famous sights from the bridge is the abandoned twin houses sitting on stilts in the river. The view over the water is particularly stunning at sunrise, when the reds and oranges of the sky bounce off the water.

Formed at least partially by mining operations, the red rocks at the Grand Canyon Phatthalung might not be exactly as grand as the name implies, but they're certainly pretty to look at. There's plenty of water around the rock formations and even shaded places to sit down for a cold drink or some snacks.

Over the last couple of years, a number of small open-air restaurants and cafés have opened up here as well, offering great views over the water and the thick greenery all around it. If you have the right shoes, you can even scramble up the passages in between rocks for some higher up views. 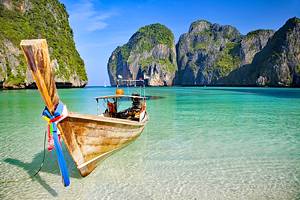 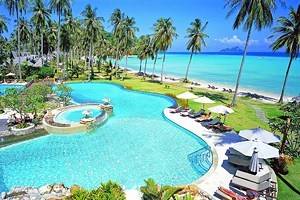 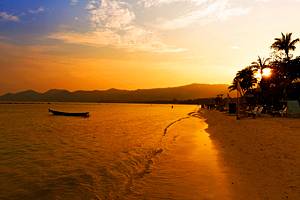 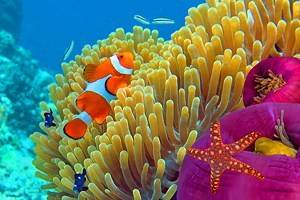 20 Top-Rated Attractions & Things to Do in Koh Samui 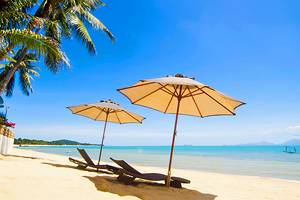 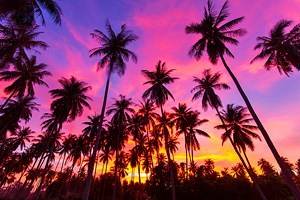 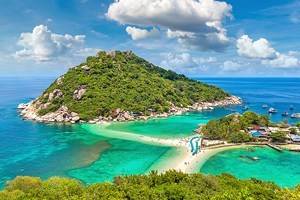 Where to Stay in Koh Samui: Best Areas & Hotels 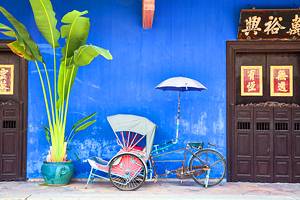 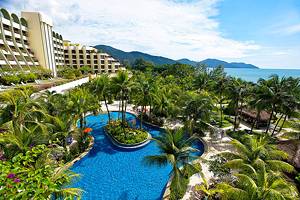 22 Most Beautiful Islands in the World
BE INSPIRED!
MORE PICTURES OF THAILAND