10 Top-Rated Things to Do in Ann Arbor, MI

The charming college town of Ann Arbor, an exurb of Detroit, offers big-city amenities with a small-town vibe. With a young, sophisticated, and diverse population, the home of the University of Michigan (U-M) has a thriving cultural and culinary scene, with top-notch museums and a resurgence of farm-to-table dining. Known as Tree Town for its 50,000 trees lining the streets, this gem in the heart of America is easily accessible from major cities.

There's something for everyone in this Michigan city. Take a stroll down the bustling Main Street, grab a sandwich at the famous Zingerman's Deli, enjoy fragrant peonies at the Arboretum, go kayaking, or catch live music.

Discover more places to visit on your next Midwestern getaway with our list of the top things to do in Ann Arbor.

The University of Michigan Stadium, nicknamed "The Big House," is the biggest football stadium in the United States and the second largest in the world. Built in 1927, the iconic stadium literally takes your breath away, especially when it's filled to the brim with more than 100,000 people on a fall weekend, all wearing the maize and blue of the Wolverines. The Big House's largest attendance record of 115,109 attendees happened on September 7, 2013 during Michigan's victory over Notre Dame.

Seeing a game here is one of the most popular things to do in the city. Tickets are nearly impossible to get, as every game is sold out months in advance, but you can contact the University of Michigan Ticket Office to try to secure tickets.

The stadium has also hosted other sporting events, including the International Champions Cup soccer tournament and National Hockey League's 2014 Winter Classic. The venue is also home to the university's spring commencement, special events, and movie nights in the summer. Athletes and fans looking to get married at The Big House can have a uniquely Michigan experience at the stadium.

For those simply wanting to visit the stadium, The Big House offers tours of the field, locker room, and the press box.

The Kelsey Museum of Archaeology, operated by the University of Michigan, has been a research museum since 1928, housing a collection of more than 100,000 objects from Ancient Greece to Mesopotamia.

This world-class museum showcases approximately 1,500 artifacts on permanent display, along with spices preserved from 2,000 years ago, amulets from the Near East, pottery, Greek and Roman sculptures, and a watercolor reproduction of the Villa of the Mysteries murals from Pompeii by Maria Barosso.

The elaborately decorated sarcophagus of Egyptian priest Djehutymose from around 625-580 BC, one the museum's central exhibit, even has its own Twitter account, offering tips on how to have the best afterlife.

The nearby volunteer-run Yankee Air Museum, with a tagline "where history takes flight," has a vast collection of aircraft ranging from WWI to the Vietnam era. It offers flight enthusiasts a chance to go on historic planes such as the B-17 Yankee Lady, B-25 bomber jets, the C-47 Hairless Joe Skytrain, the UH-1 Huey, and the Ford Tri-Motor. Take a thrilling ride during the months of May to October to get a bird's-eye view of the iconic Big House and downtown Ann Arbor.

The museum also gives importance to the war labor women performed in factories, including an inspiring exhibit on the famed Rosie the Riveter, who worked at the plant and inspired females to join the workforce.

History buffs will enjoy a visit to this small, but informative library of the 38th President of the United States, Gerald Ford. Located on the North Campus of the University of Michigan (although non-affiliated), this annex was built at his alma mater and is separate from the museum and birthplace in his hometown of Grand Rapids.

Along with a replica of his Oval Office, the library has a collection of more than 20 million archival pages, audio, and visual material from his presidency between 1974-77, on issues such as domestic and foreign affairs during the Cold War era. One of the exhibits covers the Watergate case, from the burglary in 1972 to Ford's controversial pardon of Nixon.

Operated by the University of Michigan, the Nichols Arboretum, known as "The Arb" sits on 123 acres bordering the Huron River on the east side of Ann Arbor. It features native and exotic trees and shrubs, and the famed Peony Garden. Visitors flock to the peony beds every spring to take in the beauty of colorful, sweet-smelling flowers that have been blooming for more than 100 years. The Arb offers nearly 3.5 miles of trails through important areas of the arboretum.

The nearby dog-friendly Matthaei Botanical Gardens' Conservatory, designed by Michigan architect Alden B. Dow, features three houses with tropical, temperate, and arid plants. The temperate collection includes an impressive bonsai and penjing (Chinese) tree collection. The student-run university's campus garden grows leafy greens and other produce to feed the student body. Visitors to the botanical gardens can meander on trails winding past beautiful natural features. Keep in mind that the nature trails are not dog-friendly.

No trip to Ann Arbor is complete without tasting the delicious sandwiches of the legendary Zingerman's Deli. This iconic delicatessen, which once served President Obama, sells a variety of mouthwatering sandwiches along with cheeses and specialty foods, sourced from local ingredients.

Started in 1982 by Paul Saginaw and Ari Weinzweig, this small deli located on a triangular lot near downtown has consistently ranked among the world's best sandwich joints. In the past three decades, it has expanded to other food related businesses, including the Roadhouse restaurant; Bakeshop; Coffee Company; and Creamery, selling cheese and gelato.

When college is in session, the lines are long, but the food is worth the wait. Though the sides change with the season, the perennial favorite is the award-winning mac and cheese.

With live music 300 nights a year, The Ark is among the most popular music venues in the country and one of the top tourist attractions in Ann Arbor. This 400-seat theater, located in historic downtown, features artists in a number of genres, ranging from folk to country.

In 2015, the fabled spot celebrated its 50th anniversary. It all began when four local churches decided to fund a community space for college students, and it gradually became a place for folk musicians to share their talent.

Today, the Ark remains one of Michigan's busiest music venues, attracting famous singer/songwriters including Ani DiFranco, the Dixie Chicks, Norah Jones, and Don McLean, as well as musicians who are just starting out.

The Ann Arbor Folk Music Festival, held every January at the University of Michigan's Hill Auditorium, raises funds for The Ark.

Blocks away from downtown Ann Arbor is the lovely neighborhood of Kerrytown, which serves as the location for the twice-weekly farmer's market (Wednesdays and Saturdays from 7am to 3pm) and a collection of one-of-a-kind stores.

At the Kerrytown Market & Shops, you can easily spend an entire day browsing and enjoying tastings. At Fustini's, get a taste of olive oil and vinegars from around the world or take a cooking lesson. Have a sampling of exotic herbs, teas, and spices at Ann Arbor Spice Merchants.

Bring your kids to the nearby Hands On Museum, a space for children to have interactive, educational fun.

If you are looking for things to do in summer, the picturesque Huron River running through Ann Arbor is perfect for canoeing or kayaking. Bring your own boat, or rent from the Argo and Gallup Park Liveries, open from May to early September. If tubing is more your style, the best stretch of the river is between the Argo Cascades and the Arboretum.

The River also has some of the best bass and carp fishing in Michigan, for those interested in fly fishing. In the neighboring town of Ypsilanti, Schultz Outfitters offers fly-casting instruction and guided trips on the Huron and Flint Rivers.

10. University of Michigan Museum of Art

The University of Michigan Museum of Art boasts the oldest university museum collection in the country. Located on campus, the art museum houses 20,000 works, from Europe and Asia through the ages, collected over a period of 150 years.

It also exhibits American art and African sculpture. Highlights include works by Pablo Picasso, Frank Kline, Claude Monet, and James McNeill Whistler, among others. The museum also has an outstanding outdoor sculpture collection, by artists such as Richard Hunt and Mark di Suvero.

Where to Stay in Ann Arbor for Sightseeing

Ann Arbor doesn't have any 5-star resorts, but it has a number of mid-range properties, including lovely boutique properties and small inns and bed and breakfasts. 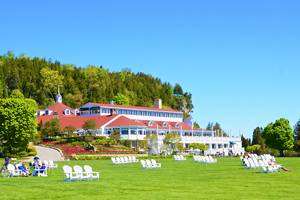 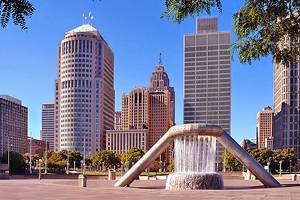 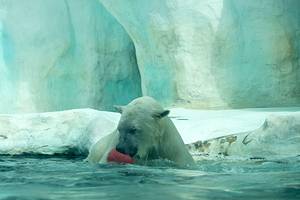 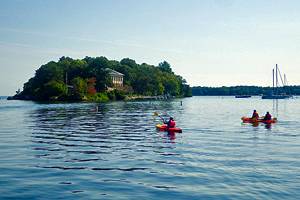 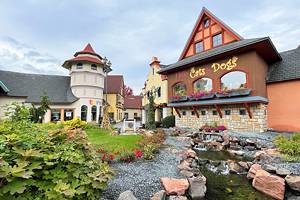 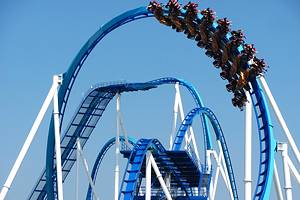 13 Top-Rated Things to Do in Sandusky, OH 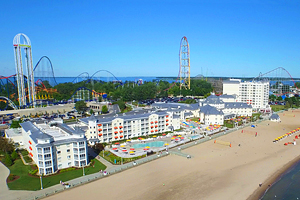 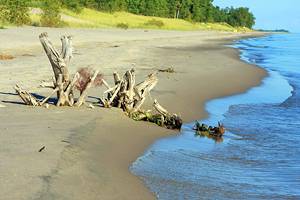 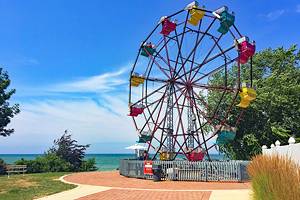 14 Best Things to Do in Ohio
Recent Articles

22 Most Beautiful Islands in the World
BE INSPIRED!
MORE PICTURES OF MICHIGAN