Mount Fuji - or Fujisan in Japanese - is the highest peak in the Fuji volcanic chain in central Japan and is the country's highest and most beautiful mountain. Almost perfectly round, its symmetrical form has long been celebrated in poetry and painting. The best known of these homages to this beautiful mountain can be found in the 8th-century verses of Yamabe Akahito, and the series of woodcuts, Views of Fuji, by Hokusai at the turn of the 19th century.

Recognized as the very symbol and emblem of Japan, the often snowcapped Mount Fuji can, on a clear day, be seen from as far away as Tokyo some 100 kilometers to the east. Part of Fuji-Hakone-Izu National Park, Mount Fuji attracts more than a million tourists each year to the mountain and surrounding towns, approximately 300,000 of whom will make the climb to the top.

Of the hundreds of thousands of climbers who attempt to reach the summit of Mount Fuji between July and August, many will scale the mountain as an almost religious act, the culmination of which is the observation of sunrise on the summit.

One of Japan's Three Holy Mountains, or sanreizan, Mount Fuji joined the ranks of UNESCO's World Heritage Sites in 2013 as an important cultural location.

Climbing the mountain is now a rewarding and relatively easy experience given the numerous facilities set up to feed and accommodate climbers. Near the mountain are many cultural attractions and fun things to do that offer other reasons to visit besides summiting the peak.

See also: Where to Stay near Mount Fuji

Mount Fuji is a stratovolcano with a complex geological history spanning many millennia and a perfectly circular appearance. Its base has a diameter between 40 and 50 kilometers, while its summit stands 3,776 meters high and is capped by snow for several months of the year.

Believed to have been named after the Ainu word for fire, Mount Fuji has had an active history as an erupting volcano, with the last recorded eruption occurring in 1707. During that eruption, known as the Hoei eruption, the town of Edo (present day Tokyo), some 100 kilometers away, was covered with a thick layer of ash. At the same time, the present lateral crater of Hoeizan was formed.

Fortunately, the volcano has remained dormant since then, although there are those who speculate that another eruption is possible in the foreseeable future, and could cause major disruption for the region.

With more than 300,000 visitors arriving each July and August to make the approximately eight-hour ascent, the crowds climbing Mount Fuji can at times seem a little daunting.

Likewise, the roads leading to Mount Fuji are sometimes gridlocked, too. This is especially true at sunrise at the summit, the reason the majority of Japanese visitors make the pilgrimage, an important rite of passage to be tackled at least once in a lifetime (an old Japanese saying states that only fools make the climb a second time). It has been a tradition that reputedly dates back to the seventh century, when the first monks began climbing the mountain.

There are four routes up Mount Fuji, each divided into 10 stages (or "gome") of varying lengths, with the most popular being the Yoshida Trail. Paved roads reach as far as the 5th stations, and between the 7th and 8th stations of the Yoshida Trail, numerous Mountain Huts provide lodge-style facilities offering food, drink, and overnight accommodations. While huts are always open during July and August, be sure to check in advance for locations open during cooler months of the year.

Most climbers start their ascent in the early afternoon from the 5th Station so as to reach the 7th or 8th Stations before nightfall, spending the night in a hut before making the final summit climb early the following morning. Once here, climbers rest, take a walk around the Summit Crater (the Naiin, or "shrine") before beginning their descent around midday, returning to base in the late afternoon.

An increasingly popular variant is to make the ascent in one go, starting after 4pm and reaching the summit at sunrise. This latter option also offers great views from the summit before clouds begin obstructing the view down into the valley, usually after 9am, and ensures a chance of catching a glimpse of the famous Mount Fuji sunrise (goraikō).

Climbers intending to make the summit in a day like this need to be able to recognize the symptoms of altitude sickness and change plans accordingly, if need be.

Another popular option is to take one of the frequent buses running from the foot of Mount Fuji to the 5th Station (or drive and park here) and continue the climb. This effectively reduces much of the hard work required to make the ascent, and allows the return trip to the summit to be done in a day.

Alternatively, seasoned climbers and hikers may arrive in the quieter seasons of late spring and early fall to make their ascent, though the added dangers of snow and freezing temperatures do not make this the most recommended course of action.

Those looking to avoid the crowds but still hike in safer conditions, should aim for a weekday within the first few weeks of July. The beginning and ending of the official climbing season are celebrated on July 1 and August 31 with solemn ceremonies.

For a fast and easy way to get to the 5th station from Tokyo, the Mt. Fuji, Lake Ashi and Bullet Train Day Trip departs from the city and provides quintessential views of the mountain. After time spent exploring the shrines, souvenir shops, and climbers at the Fuji Subaru 5th Station, this narrated tour rounds out the experience with a boat ride across Lake Ashi and views of Fuji-Hakone-Izu National Park. At the end of the day, travelers catch a bullet train back to Tokyo. (Lunch is provided.)

While most visitors refer to "climbing the mountain," the slopes are gentle enough that even the steepest of spots can be handled without climbing gear. Trails are wide and safe and can easily handle the large numbers of climbers - even at choke points like the summit.

A popular alternative to climbing to the summit is to take the Ochudo-meguri trail. Known as the "boundary between heaven and Earth," this path encircles the mountain between the 5th and 6th Stations at the 2,500-meter mark. The complete circuit covers a distance of almost 20 kilometers and will take between eight to 10 hours, depending on your level of fitness.

The most difficult stretches are Hoeizan, on the east side, and the Osawa Gorge - the largest gorge of Mount Fuji - on the west side.

The crater rim trail around Mount Fuji's summit, Ohachi-meguri, takes in its eight peaks. These include Kengamine Peak, the highest point in Japan.

Much easier than the steep direct route along the crest is the shorter four-kilometer path around the inner rim of the crater, with the benefit of passing the Fujisan Sengen Shrine and the Gimmeisui Spring, also known as the "silver-shimmering water."

At the foot of the Hakusan peak, on the north side of the crater, rises the Kimmeisui Spring, or the "golden-shimmering water." It's well worth the effort, with the climb to the crater offering breathtaking views over almost the whole of mainland Japan.

Hot Tip: Be sure to visit the Kusushi-jinja Shrine, where special stamps can be purchased (and postcards mailed) commemorating your climb to the summit.

Due to the increasing popularity among "casual" climbers - a group made up largely of tourists and day trippers - of simply wanting to say they've "done Mount Fuji," a number of older shrines, huts, and teahouses along the lower routes are once again becoming popular.

These routes, such as the old Murayama trail in the southern foothills, are often skipped over by those heading for the summit. From these different vantage points, you'll not only gain a better perspective of the longstanding cultural history of Mount Fuji, you'll also enjoy some great views up the mountain from the lower slopes.

The city of Fujiyoshida serves as another good place from which to explore Mount Fuji's lower regions. In addition to its wonderful views of the mountain, it offers a number of interesting tourist attractions, too. Highlights include Kitaguchi Hongū Fuji Sengen Jinja, an important Shinto shrine with a nearly two-millennium history of serving as the starting point for pilgrimages up Mount Fuji.

The shrine is now also home to a museum dealing with the lives of locals living in the volcano's shadow. Fujiyoshida is also where you'll find the Oshino Hakkai, a small village with postcard-worthy views of Mount Fuji surrounded by tranquil ponds and landscaped settings.

On the northern flank of Mount Fuji is the Fuji Five Lakes region, an area of outstanding natural beauty that also provides superb views of the mountain. The five lakes themselves - Lakes Shoji, Kawaguchi, Saiko, Yamanako, and Motosuko - are worth the journey and offer a number of fun activities, from fishing to kayaking or a pleasant trip aboard a pirate-themed cruise ship.

Another attraction of note in the Five Lakes region is The Healing Village (Saiko Iyashino-Sato Nenba). This interesting traditional Japanese village showcases the lives and livelihoods of the locals over past centuries.

For a stunning watery environment with great views of Mount Fuji, Lake Ashi, roughly 50 kilometers southeast of the summit, is a popular day trip from Tokyo. It is reputedly one of the most beautiful bodies of water in the world. Bordering all sides of this eight-kilometer lake are mountains and lush forested landscapes.

Popular activities at Lake Ashi include scenic boat rides, staying at nearby resorts, and simply enjoying the views out and over the water. The most convenient way to get to the shore of Lake Ashi is the Hakone Ropeway, a gondola ride that delivers elevated views.

For a full-day adventure and healthy taste of Mount Fuji landscapes, the Mt. Fuji, Lake Ashi and Bullet Train Day Trip from Tokyo takes care of all the logistics of visiting Lake Ashi (including a ride on the Ropeway) and the 5th station of Mount Fuji in a single day and concludes with a Bullet Train ride back to the city. Note that the colder months of the year tend to have the best view of the mountain backdropping the lake. (Lunch is provided.)

Also known as the Sea of Trees, the Aokigahara Forest on the northern slope of Mount Fuji has a bit of a macabre association tied to it. Myths and other monikers aside, this dense forest of overgrown roots, moss, and light-reducing trees is a notable attraction in the area, much in thanks to the explorable caves and other hiking opportunities offered here.

One of the most popular tourist attractions within the forest and the surrounding Five Lakes region, the Ice Cave is a circular cave with ever-changing ice formations. The Wind Cave, on the opposite side of the forest, provides an easy 15-minute underground tour with interpretive information. Both caves have their own visitor centers located near their entrances, where tourists can find souvenirs, various food stalls, and even some much-welcome ice-cream on hot summer days.

Where to Stay near Mount Fuji for Sightseeing

We recommend these unique hotels near Mount Fuji, each of which boast beautiful mountain views: 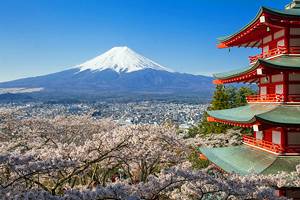 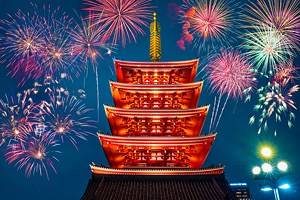 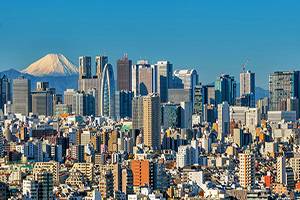 16 Top-Rated Tourist Attractions & Things to Do in Tokyo 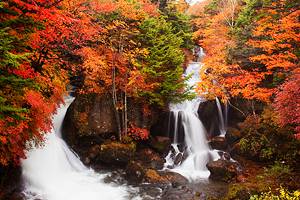 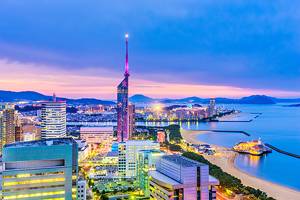 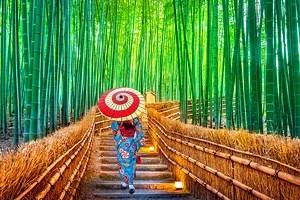 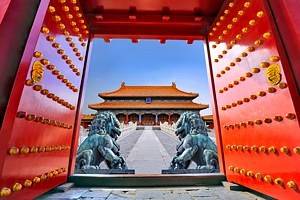 14 Best Places to Visit in Asia 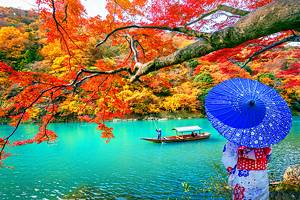 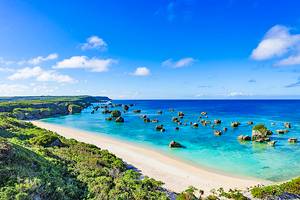 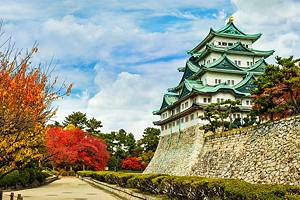 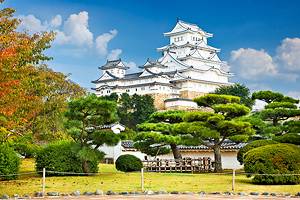 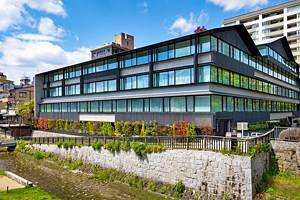 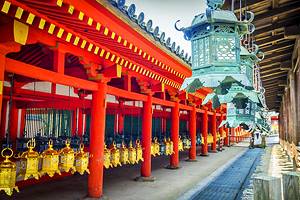 22 Most Beautiful Islands in the World
BE INSPIRED!
More Pictures of Japan