Iceland is the land of fire and ice, and it is one of the most naturally beautiful countries in the world, which makes it a prime location for photography. From the glaciers and waterfalls to the geysers, hot springs, and lava fields, the texture and colors for pictures are unmatched.

What is even better is that Iceland is a small country, so it is easy to plan a photography trip starting in the capital of Reykjavik and driving the Ring Road either north or south into the countryside.

Before you head to Iceland to photograph be sure to pack extra batteries for your camera, as the cold temperatures in some locations, like glaciers, can zap the battery life quickly. You will also want to pack rain gear and camera protection from the mist near geysers and lagoons.

The Blue Lagoon, located just outside Reykjavik, is possibly one of the most photographed spots in Iceland. The naturally blue geothermal waters are where you will find visitors soaking and relaxing, with the mist rising, adding to the mysterious imagery.

The Jokulsarlon Glacier Lagoon is one of the most spectacular sites in Iceland, located on the southeast coast near Vatnajokull National Park. Take a zodiac boat trip through the lagoon, as the 1,000-year-old icebergs move around you. Capture the blue hue of the ice and images of the Arctic skua flying overhead, or the occasional seal in the water.

Iceland's northern location makes it one of the best places in the world to see the Northern Lights. Long, dark, clear nights and many remote areas, like those near Mount Kirkjufell and the Jokulsarlon glacier lagoon make it possible to capture the swirling, stunning green and blue colors of the aurora borealis. Northern Lights are one of the 7 natural wonders of the world.

There are rushing natural waterfalls throughout Iceland, but the Skogafoss waterfall is in a league of its own. A towering cliff shaded in green moss is the launch point for the cascading water crashing into the pool below. The mist rising out of the pool gives photographers so many creative opportunities, especially with a glowing sky at sunrise.

Traditional Icelandic culture is easy to find in the countryside, where there are turf-top homes on sprawling green landscapes. Areas like the Skogar village on the southern coast are known for these quaint and charming homes. You are also likely to see roaming sheep and Icelandic horses grazing in the fields.

One of the most iconic symbols of Iceland is the Hallgrimskirkja Lutheran Church in Reykjavik. It is one of the largest structures in the country, with a majestic presence, especially with the colorful backdrop of the sky in the early mornings or late afternoons.

The 828-mile Ring Road, which runs around the island, is the main road for transportation, but it is also spectacular to use as the subject in photographs. Every turn offers a new backdrop, from rolling green countryside to snow-topped mountains and the ocean. Since there is very little traffic on Route 1, it is easy to stop and capture creative shots.

The Skaftafell National Park in southern Iceland is the gateway to some of Iceland's most impressive landscapes, like waterfalls and the Skaftafellsjokull glacier. On the ground, you are likely to find fields of delicate purple lupine flowers, and in the sky you will see the Kristinartindar mountains in the distance.

The Husavik fishing village on the northern coast is a picturesque image of Icelandic culture. The colorful homes and quaint village with fishing boats anchored in the harbor create a peaceful scene, especially during the golden hour before sunset.

The massive Godafoss waterfall in northern Iceland is translated to mean "waterfall of the gods." It was named in the 9th-century by Norwegian settlers. The expansive waterfall is more than 98 feet wide and 39 feet high.

Take your wet gear to photograph the Strokkur geyser because you are likely to get wet or at least feel the mist spraying off the towering water erupting out of the ground. The geyser eruptions occur approximately every 10 minutes, with a water tower spraying as high as 20 meters into the air.

For a picturesque view of Iceland's geothermal valley, finding a high spot at the Leirhnjukur volcano in northern Iceland will reveal a blend of colors and landscape detail that is unmatched. There is an artful combination of lakes, mountains, hot springs, and lava fields. The shallow geothermal Lake Myvatn is stunning for photos, and it is a popular place for bird-watching, so you are likely to capture some gyrfalcons in the area.

There is no shortage of dramatic scenic views in Iceland, so if contrast is important to you then head to the southeast side of the island to capture Vestrahorn on the Stokksnes peninsula. The black-sand beaches surround the jagged cliffs that protrude from the lagoon, with peaks that stretch 454 meters into the air.

One of the best places to photograph in Iceland is the capital of Reykjavik, with an assortment of colorful homes that almost look like toys. The natural backdrop of the mountains and ocean water combined with the urban edge of local shops and modern architecture of the Harpa concert hall creates an image that sums up the scene of Reykjavik.

For the best views above the city take the elevator up in the Hallgrimskirkja Lutheran Church, where you can capture photos from the open-air windows on the viewing platform.

The unusual formations known as the Reynisdrangar cliffs in southern Iceland are a stunning sight along the coast of the Atlantic Ocean. The three basalt sea stacks are near the village of Vik, with waves crashing around them, before the ocean water makes its way onto the black-sand beach.

There is a reason that the land of fire and ice captivates so many nature lovers. It is because natural events like active volcano eruptions are so dramatic. Every eruption changes the landscape of the island, and the contrasting elements of hot and cold visually work so beautifully together, like this eruption on Mount Fagradalsfjall.

Beautiful Icelandic horses are unique to the island. The breed, which is small in stature, was developed in Iceland and must be registered. Other horses are not allowed into the country, and Icelandic horses may not return if they are exported, protecting the breed's purity and preventing disease.

19. Head to the Ocean to Photograph Whales

Whales are a common sight off the Icelandic coast. You can take a whale-watching tour out of Reykjavik Harbor or look for them from various scenic overlook points around the island. Sometimes a breaching whale can be seen in the distance in the cold Icelandic waters.

The dramatic view from above or below the Studlagil Canyon is one of the most stunning scenes you can experience in Iceland. With every shift of light, the scenery changes into another beautiful image, from the turquoise glacial water to the variations of greys, blues, and browns in the cliffs surrounding it.

Seeing Iceland's vast glaciers is impressive, but hiking on them is another experience entirely. Hearing the shifting of the ice and seeing crevices that drop to depths you cannot measure delivers a new kind of respect for Mother Nature. Iceland is a country of natural wonders. 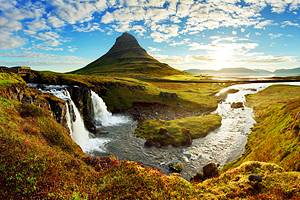 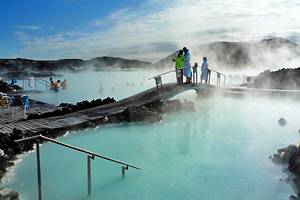 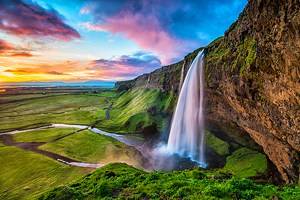 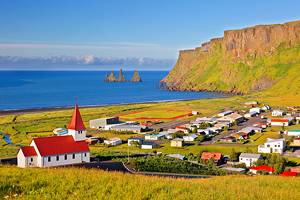 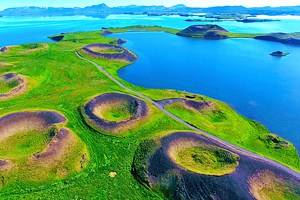 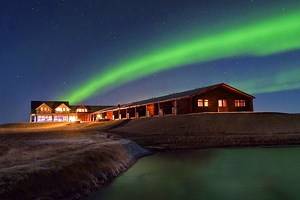 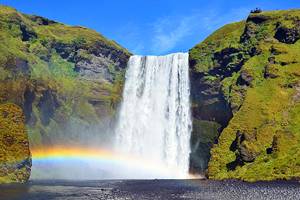 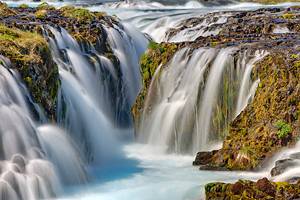 16 Top-Rated Things to Do in Reykjavik 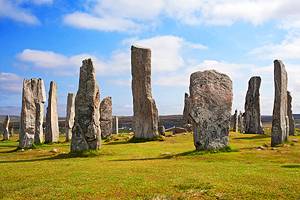 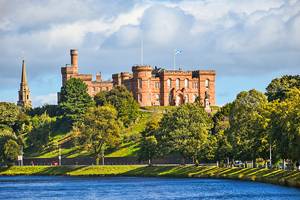 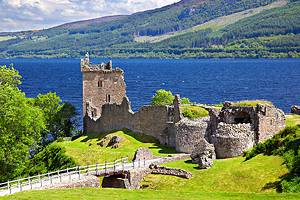 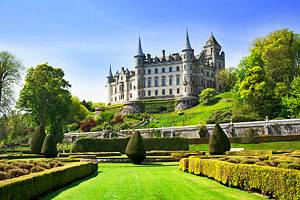 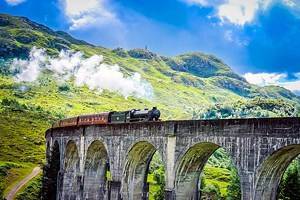 10 Top-Rated Attractions & Things to Do in Oban 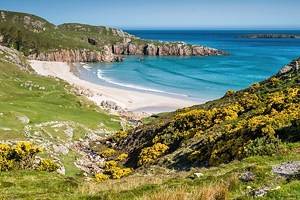