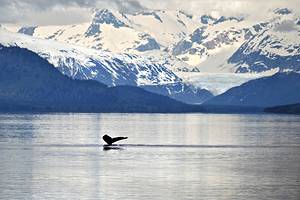 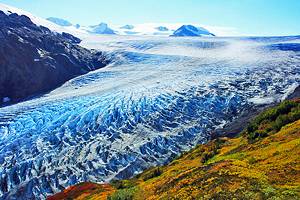 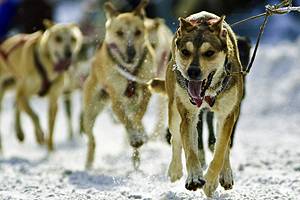 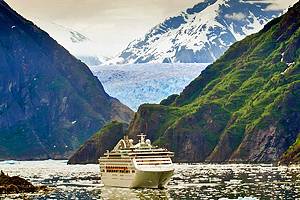 When considering the best time to visit Alaska, there are a number of elements to think about – as in, literally, it's time to think about the elements. Alaska is the most northerly state in the U.S., with its northernmost town of Barrow sitting 250 miles north of the Arctic Circle; so, when figuring out the best time to go to Alaska, weather is a key factor.

Temperatures can swing from highs of 100 degrees Fahrenheit in the height of the summer months to lows of -80 degrees Fahrenheit in the depths of winter. So, whether you want to hike through the first-growth forests of Denali National Park or watch dozens of sea otters play off the coast of Sitka, knowing when you should go and what to expect in each season in Alaska is key to enjoying your time in this frontier state.

Best Time to Go to Alaska

From the snowy winter months to the more temperate summer months, each one of Alaska's unique seasons has its own particular draw. But the best time to visit Alaska is likely between mid-June and mid-August. If you wanted to push it a bit on either end of that span, most tourist resorts, tours, and cruises begin operations mid-May and end mid-September, so you'll find some good weather then as well – it just won't be as reliable.

The high tourist season, which runs from June to August, is when most attractions and parks open up to the public. If you have an Alaskan bucket list – such as wildlife viewing in Denali National Park or witnessing the salmon runs – this is the best time to visit Alaska.

Tip: Even if you visit during the summer months, weather systems can blow in on a moment's notice, so be prepared to dress in layers and have a raincoat handy.

While there are many options when it comes to getting to and traveling through Alaska, there are also challenges, thanks to its northerly location, dense wilderness, and unpredictable weather patterns. There are hundreds of daily flights landing in Anchorage from the U.S. and other international cities, but be sure to stay on top of weather updates, especially if you're flying outside the summer months.

Cruises departing from Vancouver, B.C., are also a popular way to explore Alaska's stunning coastline and thriving coastal towns. Traveling up through the Inside Passage from the Pacific Northwest into Alaska's Southeast and Southcentral regions, these massive ships stop at points of interest and cute towns along the way, such as Hubbard Glacier and Skagway, and offer tours for further regional insight.

There is also an extensive ferry system called the Alaska Marine Highway, which provides a vital link between Alaska's remote communities. While the Alaska cruise season runs from late April until September, the ferries run year-round (although on a limited schedule outside the tourist season).

You can also drive to the Alaska Highway Route through B.C. and the Yukon to Anchorage – the journey takes at least four days along 2,000 miles of mostly paved road. You can drive it any time of year, but be warned, you'll need to plan for severe weather over the mountain passes outside the summer months. Also, finding accommodation along the way in the shoulder seasons may be tricky, so if possible, stick to driving only in the summer season in Alaska.

Since Alaska is the first U.S. state to feel the effects of weather systems coming from Arctic Siberia and off the North Pacific, its weather can be extreme and is highly unpredictable – think weeks of unending rain in August or a sudden overnight snowfall in May.

The best way to lower the chances of your holiday being ruined by weather is to go to Alaska in June. Thanks to its high latitude, the sun sets late and rises early during the summer months, giving you maximum hours of daylight to enjoy the wilderness that can only be found in Alaska. For example, during the summer solstice (June 21) in Anchorage, the sun only dips below the horizon for four hours – that's 20 hours of sunlight to watch the salmon run, count bald eagles, hike a hill, or feast on local seafood.

June is the driest month, with July being the warmest, and August being the wettest, but it does have some drawbacks. While June is prime mosquito month, it's a bit too early for more desirable wildlife viewing – many of the facilities at Denali National Park don't open until late June. Plus, since this is the start of the tourist season, prices are at their highest, with tour operators charging their peak rates. Even with all of that considered, for the highest chances of good weather, June is still best time to go to Alaska.

Tip: Even if you travel outside the peak mosquito season (June), be sure to bring some bug spray with you. You never know when those flying mini monsters will attack!

Best Time to See the Northern Lights in Alaska

In Alaska, the aurora borealis viewing season lasts for seven months, spanning from mid-August until mid-April. There are a number of different elements that all need to be working together to spot this cosmic phenomenon streaking across the sky: namely, you have to be able to see the night sky to begin with. So, cloud cover should be at a minimum – a dusting of cloud coverage is fine but, of course, a clear, starry night is the best.

Lack of ambient light is also key when it comes to seeing the northern lights in Alaska (or anywhere else, for that matter). Get yourself away from buildings, street lights, towns, and cities and head out into the wilderness (but be safe and make sure you're with a professional guide if leaving populated areas in Alaska). Ideally, look for a spot by a lake, a hill with few trees, or any elevated lookout for a clearer horizon and more sky square footage to spot the aurora borealis doing its colorful celestial dance.

While you can spy the northern lights in any area in Alaska, from Ketchikan to Barrow, the farther north you go, the higher your chance. Usually the auroral band arcs north across the state just over the Alaska Range, making the interior city of Fairbanks a prime light-spying spot. Sitting just 150 miles south of the Arctic Circle, this city also has the Geophysical Institute at the University of Alaska, Fairbanks, which tracks the aurora across the state and publishes its findings, so people can use that information to forecast the best time and place to see it.

Tip: Bring more layers of clothing than you think you'll need – you will be stationary for quite a while admiring Nature's light show.

When contemplating the best time to visit Anchorage, looking at the established weather patterns and average monthly temperatures could help you decide. Generally speaking, the summer months are when Anchorage really shines – not only does it average 18 hours of daily sunlight, but the city is also in full bloom, with close to 460 flower beds on display.

The temperatures in June through August run in the mid 60s to low 70s, making it a very pleasant time to visit Anchorage. Plus, three festivals – Juneteenth Celebration (June), Alaska Oceans Summer Festival (June), and the Alaska State Fair (August-September) – all happen in the summer months.

There is some advantage to visiting Anchorage in the springtime as well. While the temperatures may dip below freezing (fluctuating between 34 and 55 degrees Fahrenheit), the crowds are light and the chance of rain is low. If you decide to visit Anchorage during this shoulder season aim to hit one of the fun events the city hosts: Iditarod Trail Sled Dog Race (March), Great Alaska Sportsman Show (March-April), and Alyeska Spring Carnival & Slush Cup (April). Fall is also a popular shoulder month.

Tip: If you'd like to visit Anchorage outside the summer months and the spring shoulder season, make sure you pack very well-insulated, waterproof clothes. The average temperatures swing from 22 to 55 degrees Fahrenheit from September to February – but your chances of seeing the northern lights are high, so that could make the discomfort worth it!

With one of the richest, most-intact ecosystems in the world, Alaska abounds with wildlife. Whether it's soaring bald eagles, salmon-fishing, black and brown bears, or migrating caribou, the chances of spotting incredible, rare wildlife on the beach, by a river, up a tree, or out in a field are pretty high.

The best time to visit Alaska for wildlife viewing is between March and September, but pinpointing the exact month would depend on which animal you most want to see – each has its preferred time of the year to wake up, feed, or migrate back to this stunning state. For example, the best time to see bald eagles, loons, and other songbirds soaring through the skies is August, while July and August are peak months for spotting humpback whales feasting on the plentiful plankton that thrive off the Alaskan coast.

If you have your heart set on seeing (and fishing for) spawning salmon, the best time to catch the wild salmon runs is late June and July, which also means this is a good time to spy brown and black bears fishing alongside with you (hopefully from a safe distance).

In the month of May, gray whales and harbor seals appear in the North Pacific and on land, moose, wolves, and lynx start to emerge from their winter homes. For the chance to see a beluga whale in the wild, the best time to visit Alaska is June; caribou, moose, and mountain goat kids also start appearing at this time.

All that said, the wildlife viewing on offer in Alaska is so vast and varied that no matter when you go, you're going to see something unexpected and incredible.

Tip: Exercise common sense and caution when viewing these animals – they are wild creatures, and you are coming into their territory, not the other way around. Listen to the guides' advice and follow all the safety instructions for the benefit of yours and the animals' well-being.

With six million acres of nearly untouched land that encircles Denali (also known as Mount McKinley), the highest peak in North America at 20,310 feet above sea level, it's no wonder Denali National Park and Preserve is on the must-see list of most visitors to Alaska. Larger than the state of New Jersey, this vast swath of Alaskan wilderness is home to 39 mammal species; 169 bird species; 14 fish species; and one lone amphibian species, the wood frog.

The best time to visit Denali National Park depends on what you want to do and what you want to see, but the Denali Visitor Center (as well as the main activities, tours, and programs) opens up close to May 20 and runs through the second or third week of September. 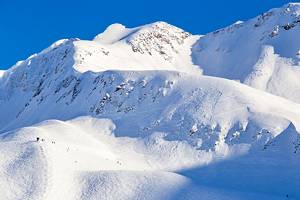 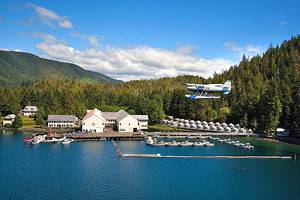 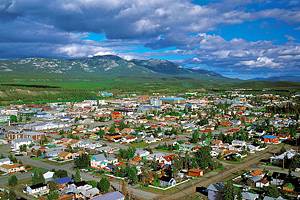 14 Top-Rated Attractions & Things to Do in Whitehorse 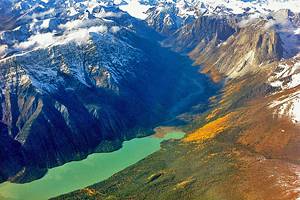 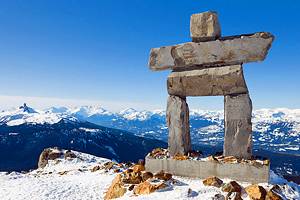 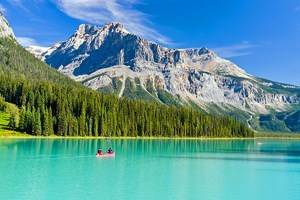 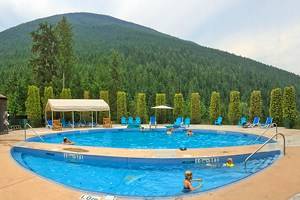 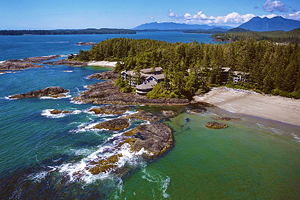 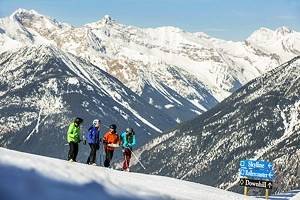 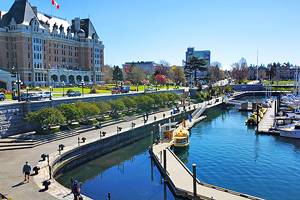 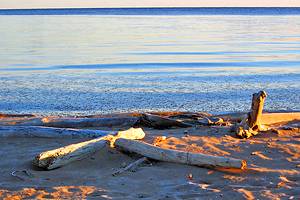 22 Most Beautiful Islands in the World
BE INSPIRED!
MORE PICTURES OF ALASKA