Written by Lisa Alexander
Nov 17, 2020
We may earn a commission from affiliate links ()

In an age of absolute monarchy, the Château de Versailles was designed to dazzle. This awe-inspiring palace became Louis XIV's showpiece, his symbol of power. After all, he was the "Sun King" around whom the world revolved. His reign would become known as Le Grand Siècle (The Great Century).

Louis XIV spent over 50 years reconstructing, expanding, and embellishing the country estate that he inherited from his father, Louis XIII. The original small château (a former hunting lodge) at Versailles was eventually transformed into Europe's most magnificent palace.

The idyllic natural setting of Versailles provided a beautiful backdrop for the château but it also served another purpose. The government administration and Court of nobles were obliged to relocate from Paris. When courtiers arrived in Versailles, they were on Louis XIV's turf, and the palace's grandiosity reminded them of the king's glory.

Successive monarchs Louis XV and Louis XVI made their mark on the Château de Versailles with elegant Baroque and Rococo decor, as well as gorgeous gardens. The luxurious lifestyle and lavish entertainment that began during the reign of Louis XIV continued. However, the party ended with the French Revolution.

Today, the 2,300-room Château de Versailles is a UNESCO World Heritage Site that offers a window into the opulent lifestyle of France's Ancien Régime. The Domaine of the Château de Versailles covers over 800 hectares; this vast parkland is open to the public. Much of the palace, including the apartments of the King and Queen, may be visited by ticket holders.

The glittering Hall of Mirrors is the most famous room of Versailles. Architect Jules Hardouin-Mansart dreamed up a completely new and spectacular look for this dazzling Baroque reception hall, created between 1678 and 1684. Mansart succeeded in achieving an ambience of grandeur that Louis XIV envisioned.

The 73-meter-long hall is lined with 17 massive ornamental mirrors, each in 18 segments. This ensemble of more than 300 mirror segments creates a striking effect. The room sparkles with sunlight entering through the windows and reflecting off the mirrors. Extravagant crystal chandeliers, gilded statues, and marvelous ceiling paintings add to the grandeur.

Designed to impress, this hallway was the passage between the King's and Queen's apartments in the Grands Appartements. In this stunning hall, courtiers waited upon the king and queen. On special occasions, the Hall of Mirrors was used for ceremonies, balls, concerts, and diplomatic events.

In this historic hall, the German Empire was proclaimed in 1871 and the Treaty of Versailles was signed in 1919. At either end of the Hall of Mirror are two other magnificent halls: the Salon de Guerre (War Salon) with paintings depicting military victories and the Salon de Paix (Peace Salon) with a ceiling painting by Le Brun and portrait of Louis XVI by François Lemoyne.

For a truly magical experience, visitors may attend the Royal Serenade held in the Galerie des Glaces every Saturday evening from mid June through mid September. The Royal Serenade recreates the scene of a royal Court ball, complete with authentic 17th-century costumes and entertainment performed by Compagnie de Danse l'Éventail dancers and Folies Françoises musicians.

The King's State Apartment includes the royal bedchamber and other private rooms that were open to the public for daily ceremonies and official meetings. The series of seven salons (reception rooms) was known as "L'appartement de parade" ("The parade apartment") because courtiers walked through the rooms every day on their way to chapel services.

The salons are named after mythological deities, making a connection between Louis XIV's reign and the history of the Western world.

Arranged in the same layout as the King's State Apartment, the Queen's Apartment has a more feminine sensibility. The rooms are flowery and delicate in style. The decor has been preserved since the time of Marie-Antoinette.

This suite of rooms provides a glimpse of the private life (including the social events) of the French Royal Family. This area of the château is accessible only by taking a guided tour (not included in the standard Palace ticket).

The masterwork of 17th-century landscape designer André Le Nôtre, these orderly gardens are more like a piece of artwork than a scene of nature. Perfectly trimmed shrubbery and tidy lawns are shaped in geometric patterns, characteristic of French formal gardens.

The first impression is made by the Parterre d'Eau (Water Parterres), two ornamental pools decorated with fountains and statues. To enhance the garden's visual effect, Le Nôtre landscaped the space in a symmetrical fashion. This allowed for a sweeping view, the Grande Perspective, which stretches from the Parterre d'Eau to the Allée Royale along the garden's east-west axis.

Beyond the Parterres are Les Allées, expansive pathways that invite visitors to take a stroll. The Allée Royale (Royal Way) is also known as the "Tapis Vert" ("Great Lawn") and leads to the Bassin d'Apollon (Apollo's Fountain), which features Charles Le Brun's celebrated statue of Apollo (the Sun god), the emblem of Louis XIV.

Throughout the gardens are decorative pools and flower beds. There is also a vegetable garden and L'Orangerie where Louis XIV kept orange, lemon, oleander, and pomegranate trees during the winter. Built in 1663 by Louis Le Vau, the Orangery still houses fruit trees, some of which are over two centuries old. During summertime, the trees are brought out to the Orangery parterre.

The classical Colonnade designed by Mansart is one of the most peaceful areas of the park. Farther into the park, Les Bosquets (Groves) are secluded woodland areas. If visiting during spring or summer, try to attend one of the musical fountain concerts.

The Grand Trianon is a marvelous neoclassical palace created for the mistress of Louis XIV, Madame de Montespan. Featuring a splendid peristyle of pink Languedoc marble, this exquisite palace was built between 1678 and 1688 by Jules Hardouin-Mansart and Robert de Cotte.

The Grand Trianon stands on elegant raised terraces with colonnaded arcades that bring out the beauty of the pink marble. The building has two wings, one was for Louis and the other for his mistress. Here, the King had a private space, free from court etiquette.

The Grand Trianon palace is surrounded by delightful Jardins à la Française (French Gardens) filled with orange blossoms, flowers, and well-groomed shrubbery. The gardens showcase a multitude of flower beds, planted with a wide variety of blossoms, chosen for their vibrant colors and intoxicating fragrances.

The Petit Trianon at Versailles was built by Jacques-Ange Gabriel in 1763 to 1767 as a retreat for Louis XV and his mistress, the Comtesse du Barry. In 1774, Louis XVI presented this lovely "little" palace to his wife Marie-Antoinette, who redecorated the palace in her distinctive feminine style.

A highlight of Petit Trianon garden is the Temple de l'Amour (Temple of Love), a decorative structure built in 1778 that resembles an ancient Greek temple. Marie-Antoinette's apartment looks out directly onto this monument.

This little fantasy hamlet was where Marie-Antoinette came to escape the formalities and politics of Court. Ornamental "country" villages were a new feature of estates in the 18th century, revealing the influence of philosopher Jean-Jacques Rousseau's ideas about returning to nature.

A group of half-timbered cottages (created in 1773) at the Domaine de Chantilly was the inspiration for Marie-Antoinette's fabricated pastoral village at Versailles. About a one-hour drive away, Chantilly is one of the top day trips from Paris and is worth a detour for those interested in exploring another historic estate.

Constructed between 1783 and 1786, the Queen's Hamlet is nestled on the edge of the Château de Versailles parkland. This enchanting model village includes buildings resembling a Normandy farmhouse and thatched-roof cottages, all surrounding a tranquil lake. Behind the faux rustic facades are luxurious interiors.

A watermill, dovecote, vegetable gardens, and orchards complete the dreamy bucolic scene. The Queen's Hamlet also maintained a working farm; a fishery with a jetty for boating on the lake; and a dairy, where Marie-Antoinette sampled products from the farm.

Marie-Antoinette hosted parties and informal social gatherings at the hamlet. A billiards room, game room, dining room, and an enormous kitchen attest to the entertaining that took place here. The Queen also used the farm for educational purposes, to teach her children about the natural world.

The Chapelle Royale at Versailles was begun by Jules Hardouin-Mansart in 1699 and completed by Robert de Cotte in 1710. This masterpiece of Baroque architecture blends a Gothic-inspired exterior and stained-glass windows with a serene neoclassical nave. Suspended above soaring columns, the nave's vaulted ceiling is adorned with exceptional paintings on the theme of the Holy Trinity.

Louis XIV used this exquisite chapel when it was opened in 1710. Previously, he worshiped in a chapel on the site of the Hercules salon. Every morning at 10am, the court would attend mass. The gallery reserved for the King and royal family is the one with a tall Corinthian colonnade.

The Royal Chapel is only open to the public on guided tours, or for concerts. Recitals of sacred music are held here, such as Bach's Mass in E Minor, Handel's Messiah, and Mozart's Requiem. Many concerts make use of the chapel's splendid Clicquot organ.

This glorious Opera House is one of the most beautiful of its kind. Built by Jacques-Ange Gabriel for Louis XV, the auditorium was completed in 1770 just before marriage of (the future King) Louis XVI to Marie-Antoinette.

The Opéra Royal is only accessible by taking a guided tour or by attending a performance. The Opera House hosts an impressive calendar of events throughout the year, including theater, opera, ballet, and music performances.

After the 1830 Revolution, King Louis-Philippe transformed part of the Château de Versailles into a museum focused on the history of France. Louis-Philippe had assembled a collection of paintings, sculptures, and drawings that illustrate French history dating back to the Crusades. Napoléon III later added new acquisitions to the collection related to 19th-century history.

The Galeries Historiques display historical artifacts from specific time periods. Particularly interesting, the Salles des Croisades are devoted to the history of the Crusades from the 11th century through the 13th century.

Other noteworthy galleries include the Salle de 1792, which shows the history of the French Revolution through a series of paintings, and the Salles de l'Empire, which commemorate the achievements of Napoléon I.

Tips and Tours: How to Make the Most of Your Visit to Château de Versailles 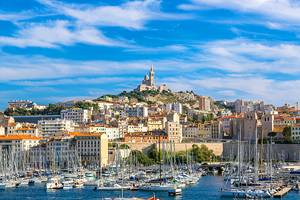 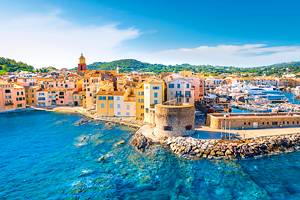 Where to Stay in Paris: Best Areas & Hotels
Recent Articles

From Orlando to Jacksonville: 5 Best Ways to Get There