11 Top-Rated Things to Do in Alanya

Alanya is best known for its beaches. The sandy strips in town itself, and strung along the surrounding coast, are all about laid-back resort vacations and are usually packed out by a clientele of northern Europeans from June through to August.

There's more to Alanya than its shore though. The high cliff of the peninsula is home to an ancient castle district, all surrounded by well-preserved, sturdy stone walls. Down at the harbor, more historical remnants survive, looming over a bay where yachts sit ready to whisk you out onto the sea.

Alanya is also within day-tripping distance of some of this Mediterranean region's most well-known ancient sites and tourist attractions, so if you want to brush off the sand for the day and head out to explore, there is plenty to keep you occupied off the beach.

As well as the places mentioned on this list, you can easily also make day trips to Antalya to visit its museum and stroll its old town district, Aspendos (Turkey's most famous Roman Theater), and other major archaeological sites near Antalya such as Perge.

The six-kilometer stretch of ancient walls of Alanya Castle trail along the high promontory that shadows the modern sprawl of Alanya below.

Inside the walls is Alanya's old town district, the most interesting area of the city to explore.

Alanya Castle's history dates back to the Classical era, when this craggy, cave-riddled peninsula was a favorite haunt for pirates.

The Greek-built fortifications were extended under Roman rule but it was during the Byzantine era that Alanya's role as a Mediterranean seaport began to take off.

When the Seljuk's took control of this region in the 13th century, they built on the foundations of previous rulers. Much of the remaining building works still standing today in the castle area date from this period, when Alanya became a commercial hub.

The lower castle area, nearest to the entrance gate, is known as the Ehmedek neighborhood. Wander the alleyways of red-roofed Ottoman-era houses and historical buildings here, then follow the winding lanes up to the Iç Kale (the castle's inner fortress) for older Seljuk and Byzantine ruins plus views that soar across the sea, the coastal plateau, and the peaks of the Taurus Mountains beyond.

Harbor-side, both the Red Tower (Kızılkule) and Seljuk Shipyard (Tersane) are extensions of Alanya castle fortifications, built in the 13th century.

The octagonal, 30-meter-high Red Tower served as the harbor's defense tower in the Seljuk era. Climb up to the roof for great views across the harbor front.

From the tower, a pretty walkway runs along the harbor's original fortification walls to Turkey's only remaining example of a Seljuk-era shipyard. The arched halls here, built into the shorefront, are open to the sea, so that waves constantly pummel the stone.

The walkway continues from here for a short length along the coastline to a small Seljuk-era watchtower building.

The most scenic way to reach the Alanya Castle area is by hopping on the cable car that connects Cleopatra Beach with the lower castle district of Ehmedek.

The cable-car operates between 11am and 9pm daily, and the trip over the cliff is great for capturing sunset coastal views, as well as a means of transport.

The 900-meter ride offers excellent views over the forested cliff face leading up to the castle, the yawning strip of Cleopatra Beach's sand and Mediterranean Sea below, as well as the dusky mountains in the distance.

The lower station is just behind the beachfront, while the upper station deposits you just outside Alanya Castle's main gate from where you can wander farther up the slope to explore the historic buildings and ruins.

From around May to October plenty of tour boats depart from Alanya Harbor for day-long trips around the dramatic rocky headland, visiting the sea caves where pirates once hid, along with anchoring off the coast for plenty of swim stops.

The main sea caves visited by the boats are Pirate Cave and Damlatas Cave, though depending on the boat, several others can be visited, including Fosforlu Cave and Lovers' Cave.

Trips vary hugely in quality. Some boats are basically dedicated party trips, so make sure to check out the operators before departure and get recommendations from your hotel. In general, the smaller boats are usually a better option if you don't want an onboard disco.

For a shorter trip, opt for a sunset sail around the harbor.

5. Soak Up the Sun on Cleopatra Beach

For many visitors, a vacation in Alanya will always be about the beach.

The sandy shores, rimmed by resorts, trail the stretch of coastline between Side and Alanya.

In Alanya itself, the main strip of sand is Cleopatra Beach, which sits on the western side of town, separated from downtown Alanya by the rocky, forested slope of the castle promontory.

This stretch of white sand offers easygoing days of swimming and sunbathing with excellent facilities on hand for a full day at the beach.

In the July and August peak season, the beach can get packed. Come in late spring or early fall, though, when the weather here is still sunny and warm, and you'll find this strip of sand surprisingly uncrowded.

Just a short hop from Alanya (heading 11 kilometers inland), Dim Cave is hollowed out of the western slope of Mount Cebel-i Reis in the Taurus Mountains.

This cavern is Turkey's second biggest cave open to visitors, with a walkway running for 360 meters into the cave, heading downwards into the depths for 17 meters below the surface entrance.

The limestone interior is littered with giant stalactite and stalagmite formations, all the way down to the lagoon at the cave's lowest level.

Bring a jacket or pullover with you, as you'll need it once you're within the cave; it's chilly in here even in the height of summer.

The cave entrance area, with its café, has brilliant views of the coastal plateau below.

The ancient ruins scattered around the small town of Side are only 64 kilometers to the northwest of Alanya so can be easily visited as a day trip.

Side is a small but busy waterfront resort with a very touristy bazaar area winding through the old town district that leads down to a harbor front area.

There are plenty of cafés and restaurants strung out along the shore here, so if you're planning on ticking off Aspendos as well on your day trip, this is the best place to stop for lunch.

The main area of ancient ruins is just opposite the inland entrance to Side's old town district. This is where you'll find Side's imposing 2nd-century Roman Theater, which holds seating for up to 20,000 spectators. This is one of Turkey's most remarkably well-preserved Roman theaters and the town's most dramatic tourist attraction.

Don't miss visiting Side Museum, which is set in a Roman bathhouse across the road from the theater entrance.

Afterwards, make sure to explore the rambling area of ruins incorporating the Agora and the Temple of Tyche that sits just to the east of the theater.

Once you've wandered through this archaeological site, head into the old town itself and stroll up to the harbor.

Sitting right on the waterfront are the remaining pillars and columns of the Temples of Apollo and Athena, overlooking the sea.

Köprülü Canyon National Park is about 120 kilometers to the north of Alanya. It's primarily known as one of the best places to visit in the region for rafting trips, which take place on the icy-blue river that winds through the canyon, but for more things to do, the area is also home to Roman ruins and plenty of hiking opportunities.

Selge is the main Roman archaeological site in the area. The remnants of this once thriving city of 20,000 sit amid the lonely village of Altınkaya, 11 kilometers northwest of the canyon itself. The large Roman Theater, cut into the hillside and looming over the modern village houses, is well worth a visit here, despite the theater being partially destroyed.

In the canyon itself, several tour companies run rafting trips along the Köprü River. The trips traverse the most scenic section of the river, heading under the Roman-built Oluk Bridge, which dates back to the 2nd century.

The canyon is 14 kilometers long, with its walls soaring up to 400 meters high in places.

If rafting isn't your thing, there are several cafés and restaurants strung along the river shore for relaxing and admiring the canyon scenery.

For hikers, there are a number of trails in the canyon area ranging from hikes up to the 2,504-meter summit of Mount Bozburun to a two-hour hike following a Roman road.

Sapadere Canyon, on the outskirts of the small village of Sapadere, is an easy trip from Alanya, sitting just 20 kilometers inland from the city.

From May to October, plenty of tour operators in Alanya run daily jeep tours to Sapadere Canyon, which are good for travelers who want to sit back and enjoy the scenery.

Although small, only stretching for 800 meters in length, Sapadere Canyon is squeezed between high walls that reach up to 400 meters high. This gives the canyon a cooler climate than along the coast and makes it an extremely popular destination in the height of summer.

A walkway leads through the canyon, passing a few shady cafés, where you can relax and enjoy the canyon environment.

At the bottom of the canyon is a small lagoon and waterfall. Most people come to swim here in the cold, blue-green water of the lagoon and enjoy the cooler temperatures.

To head to an ancient ruin far away from the tour bus crowds, check out Ancient Syedra.

Even in the height of the tourist season, you are likely to be the only visitors at this atmospheric, lonely ruin, which sits high on a hilltop overlooking the coast, only 22 kilometers south of Alanya.

Abandoned completely in the 13th century, Syedra's settlement history stretches right back to the 7th century BC. Its most important era, though, was during the Roman period, when this site rose to prominence because of its coastal position. Most of the buildings still visible today date from that era.

Make sure to wander the colonnaded street and explore the Roman baths complex, gymnasium, and temple, which are the site's best preserved features.

With more time, check out Syedra's church and an olive oil workshop, which both date from the city's later Byzantine era.

The vast, rambling ruins of Anemurium are one of the southern Mediterranean region's most fascinating sites but only get a smidge of the visitors that other archaeological sites receive.

The ruins sit alongside a long stretch of beach, just north of the town of Anamur, 117 kilometers south of Alanya.

The coastal highway leading here is very twisty in sections, so if you've hired a car for a day trip here, start out early to make sure you're not driving back in the dark.

Anemurium's ruins are a mix of Roman and Byzantine building works. They include a massive necropolis area, a 4th-century basilica church, a 3rd-century baths complex, and a well-preserved Odeon (small theater), all wrapped within city walls that trail along the hillside.

Bring your swimsuit so that after exploring the ruins, you can take a dip in the sea. 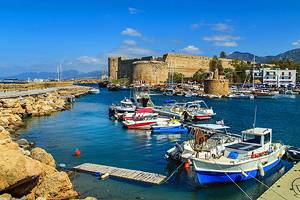 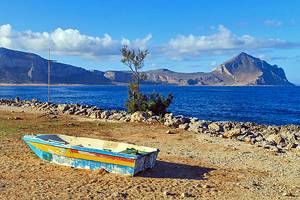 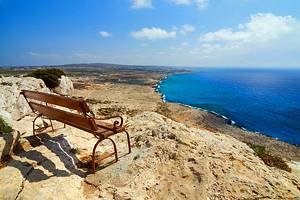 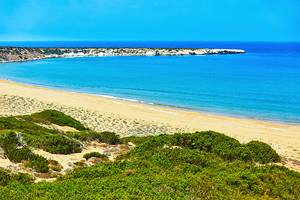 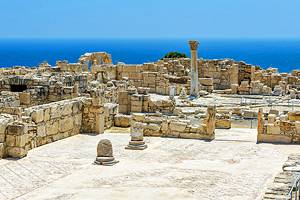 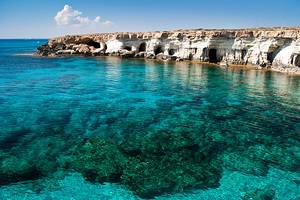