18 Top-Rated Attractions & Things to Do in Zürich

14 Top-Rated Attractions & Things to Do in Geneva

Europe's largest waterfall is a breathtaking 23 meters tall and 150 meters wide. Here, blue roaring waters cascade down the Rhine river in one of Europe's most powerful falls.

Although the waterfall can be visited all year long, it's particularly beautiful in early summer, as the water flow doubles during May and June. Between the months of April and October, you can take a number of boat tours on the Rhine, some of which get you very close to the falls.

There are also ferry crossings during these months that connect the two banks of the river – an ideal way to visit both Laufen Castle and Wörth Castle after some fun in the water.

Before jumping on a boat, plan your trip well. Whether you prefer a tour, train, or bus, here is our list of the best ways to get from Zurich to Rhine Falls.

1. From Zurich to Rhine Falls by Tour

The easiest way to discover the falls is with a half-day Rhine Falls Tour from Zurich. This almost four-hour-long tour departs from either the airport or the city center. At 9am, an air-conditioned vehicle with your own local guide will pick you up at the agreed location.

The short drive to the falls is very scenic, passing by historical charming villages with timber houses and green rolling valleys and hills. Your guide will answer your questions about the area, plus share details on the sights right out your window.

Your first stop is at the medieval Laufen Castle, a cliff-top fortress with a 1,000-year-old history. A stroll through the stone courtyard and then on the Belvedere panoramic trail will lead you directly to the "Känzeli" viewing platform for a roaring close view of the Rhine Falls, and the Wörth Castle on the opposite side of the Rhein river.

After you've snapped enough pictures, you'll walk a few minutes to reach Rhine Falls, Europe's most powerful waterfall. Here, you'll have one free hour to explore on your own. There's a restaurant at the castle, and you can also tour the Historama rooms, where you'll see historical films and photos and learn about some of the falls' famous visitors.

In summer, you have the option to take a boat ride (not included in the price) to experience the falls up close. Some of the boats get you close to the falls, some travel down the Rhine, and some will take you across the water to Schlössli Wörth, a tiny castle on a tiny island in the center of the river.

You'll have the support of the guide throughout the entire tour, so you can learn more about the history of the area and the falls themselves – including how they were considered for "removal," as local governments believed they were an obstacle to boat traffic.

On the way back to Zurich, you'll stop at the 16th-century Munot Fortress, a ring-shaped fortification that has become the heart and landmark of the town of Schaffhausen. Walk around the cobblestone paths inside and around the fort before you continue your way back to the city. The ticket to explore Munot is included and is a great end to this nature-meets-history tour.

You can choose to end your tour at the Sihlquai Bus Terminal (from where you can take public transportation to almost anywhere in Zurich) or get off at the airport. If you are departing Zurich on an afternoon flight, this could be the perfect tour to do on your last day. Your driver will drop you off at the airport around 12:15pm, so you can head directly to check-in.

2. From Zurich to Rhine Falls By Train

The falls are less than an hour train ride from Zurich – if you're traveling on your own, the train will give you a chance to experience panoramic views along the way plus the experience of riding the superior Swiss trains.

Once you get off the train, exit the station, and the falls will just be a few minutes away. If you're planning on boarding the summer boat that takes you close to the falls, choose a train that goes to the Schloss Laufen am Rheinfall station, as the boat landing is just steps away.

Boat season starts April 1st and ends in October, and it gets very busy during the summer months, when there's usually a line for the boats. If you're visiting on a day trip and don't want to wait, you can reserve tickets online in advance. Between November and March, the castle and panorama trail remain open, but there are no boat tours available.

Some Swiss Railways trains require a transfer in either Winterthur or Neuhausen, so make sure you check timetables so you don't miss it. For times, prices, and to see which trains are direct, take a look at the Swiss Railways official site.

3. From Zurich to Rhine Falls by Bus

For the ultimate budget trip, buses can't be beaten. They take only slightly longer than trains but cost less than half the price.

Major bus companies such as FlixBus offer comfortable air-conditioned buses that leave from the simply named Zurich Bus Station and make their way to the medieval town of Schaffhausen, near the German border.

Here, you'll have to switch to a local yellow Swiss PostAuto bus. A number of lines get you to your next stop: Neuhausen, Zentrum, including buses number 1, 6, and 12. When in doubt, ask the driver before boarding.

The ride is just seven minutes long and brings you to the town center, a five-minute walk to the falls. Bus 10, which leaves from the Schaffhausen train station, takes you directly to the falls – get off at the Rheinfall (Neuhausen) stop, and you'll be right in the boat landing area.

There are additional buses that make the trip from Schaffhausen to the falls, so finding a connection shouldn't be hard. Keep in mind that different lines stop in different areas of town, so you'll have to look for signs or ask for directions once you arrive.

Some buses also don't run on Sundays, so be prepared to use an alternative service if you're traveling over the weekend.

Exploring Zurich: For sightseeing in Zurich, see our guide to the top attractions to make the most of your time. When it comes to finding accommodation, especially if this is your first visit, see our article on Where to Stay in Zurich. This can help you figure out neighbourhoods and where to base yourself in the city, as well as point you in the right direction for hotels, no matter what price range you're look for. 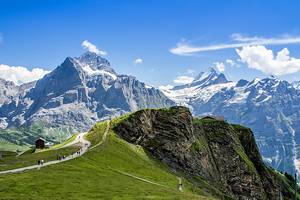 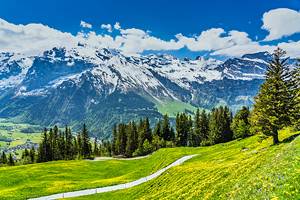 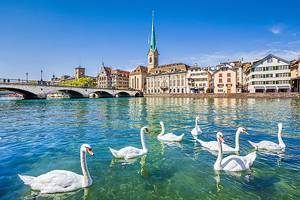 18 Top-Rated Attractions & Things to Do in Zürich 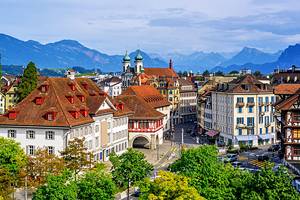 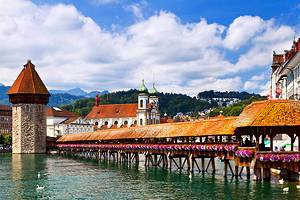 19 Top-Rated Attractions & Things to Do in Lucerne 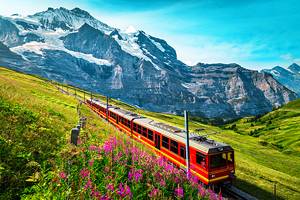 14 Best Things to Do in Switzerland 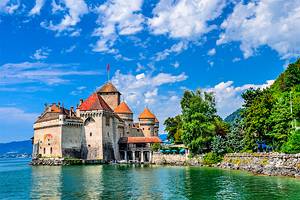 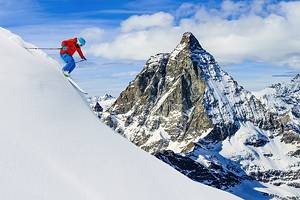 15 Top Things to Do in Winter in Switzerland 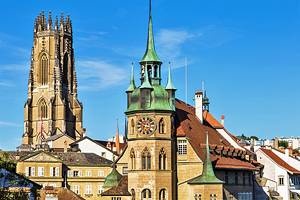 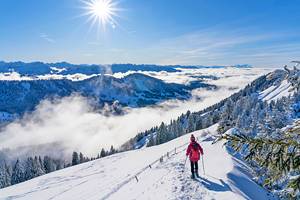 15 Best Places to Visit in Europe in Winter 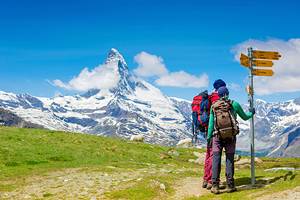 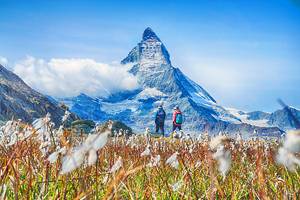 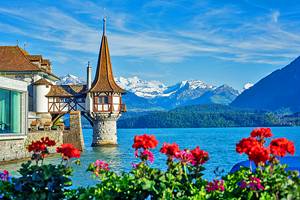 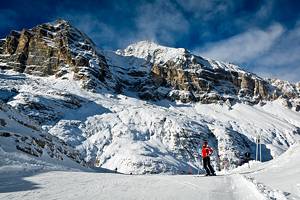 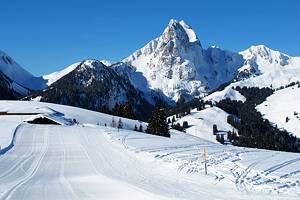 22 Most Beautiful Islands in the World
BE INSPIRED!
MORE PICTURES OF SWITZERLAND