Eilat is Israel's only Red Sea resort, sitting on their teensy stretch of Red Sea shoreline, squeezed in between Jordan and Egypt.

The big tourist attraction here is the Red Sea's famous diving, and just south of town is the fantastic underwater world of Coral Beach Reserve.

If you're more landlubber than diver, the beaches here are more than enough to keep you happy, with plenty of fun in the sun for everyone.

When you itch to get off the beach, though, head inland into the desert for plenty more things to do. Eilat is one of the best places to visit in the country for travelers who want to add some desert adventures into their trip.

Just north of town is the head-spinning, naturally sculpted world of Timna Park, one of Israel's most beautiful and surreal things to do. These strangely shaped rocks and incredible landscapes are enough to get even the most dedicated sun worshipper off the beach for a day of desert adventure and sightseeing.

Plan your itinerary with our list of the top-rated tourist attractions and things to do in Eilat.

1. Spy Red Sea Marine Life without Getting Wet at the Underwater Observatory

Beeline here to find out more about the Red Sea's teeming fish life. Eilat's Underwater Observatory Marine Park provides a crash course in the fantasia of color below the sea surface.

The major highlight here is the tower observatory, 100 meters offshore. Here, you take the stairs down to the sea bed to see the fish and other marine life offshore in their natural habitat. It's both a great introduction to sea life for small children and an opportunity for non-divers to see the underwater world up-close.

It's famous for its bizarre rock formations that have been sculpted by wind and rain. The most well-known of these is called Solomon's Pillars, a 50-meter-high wall of sandstone rock, carved into pillar shapes by erosion. A flight of steps leads up the cliff face to a relief depicting Pharaoh Ramses III making an offering to the goddess Hathor.

Excavations in the area from 1959 onwards have revealed that copper has been systematically mined here since as early as 3,000 BC, with both the Egyptians and the Israelites working the mines at different times.

Opposite Solomon's Pillars is the Hill of the Slaves - a camp in which the miners of the 14th and 12th centuries BC were housed. The surrounding camp walls and the remains of houses and workshops can still be seen.

The park has excellent facilities. There is a restaurant and camping facilities, and the visitor center has plenty of information about hiking and biking trails in the park, as well as bike rental.

This private bay is known for its resident bottlenose dolphins, offering visitors an opportunity to observe dolphins up close.

Most people come here for the bay's scuba diving and snorkeling with dolphins tours, which are run throughout the day. For those who don't fancy getting wet, though, the pier jutting out into the water from the beach is a good dolphin observation spot.

The beach here can get very busy, so don't expect a tranquil experience, particularly on the weekends. The cove is very sheltered, so it's a safe spot for small children to paddle and is very popular with families. Kids over eight years old can take part in the scuba diving tours.

Eilat's premier diving and snorkeling site is the protected Coral Beach Reserve, and the offshore waters are home to a vibrantly colorful world of coral and flitting fish.

If you're a diver, a trip here will be the highlight of your Eilat holiday. Even newbie divers are well catered for with Eilat's swag of dive tour agencies all able to cater to first-timers.

If you don't fancy plumbing the deep, the reefs right off the shore are shallow enough for you to enjoy the fish life and coral just by snorkeling. Masks and goggles can be rented on the beach.

Right at the center of the bird migration routes between Africa and Europe, the Eilat area is great for bird-watching.

Spring and autumn are the best seasons for tourists who want to spot the most species passing through, and this small Bird Watching Center, on the road towards the Jordanian border post, is the best place to bring out your binoculars.

Inside the reserve are well-marked trails, with plenty of hides dotted along the path at the best spots. Come in the early morning for the best spotting opportunities.

On the hill above Eilat, this botanical garden is a shady spot of lush tropical trees and plants.

It's an excellent escape from the scorching sun, and the profusion of greenery makes an interesting juxtaposition with the surrounding bare desert escarpment.

It's a great place to visit for an early evening stroll, when the worst of the heat has dissipated for the day, and a good place to let the kids explore if you're traveling with little ones in tow.

Above all else, Eilat is a beach resort, and most people come here simply to flop out on the sand.

The best beaches hug the coast slightly out of town, with family-friendly Coral Beach being the most popular.

Palm Beach and Village Beach are more laid-back and quiet, though still home to great cafés and restaurants.

On all beaches, there are sun loungers and sunshades for rent and all the facilities you could want for a day of blissed-out sunbathing and swimming.

The kibbutz of Yotvata sits at the entry to Hai Bar Nature Reserve, which was established in 1963.

This sprawling 10,000-acre park is home to plenty of wildlife, including antelopes, wild asses, hyenas, ostriches, and a whole bundle of other desert creatures.

All the animals have been reintroduced to the wilderness here since the park was established with the aim of populating the area with animals that would have lived here in ancient times.

It makes for a great day out from Eilat's beaches.

This circular hiking trail, just to the south of Eilat town, is an opportunity to get incredible panoramic views over Eilat, with Jordan and the town of Aqaba to the north, Egypt's Sinai Peninsula to the south, and the craggy escarpment of Saudi Arabia across the glittering Red Sea to the east.

It takes about four hours to hike, and anyone with a decent level of fitness can tackle the well-marked trail.

Many hiking tours up to the summit are timed for sunrise, so you can see the light breaking over the Red Sea. If that's a wee bit too early for you, still try to time your Mount Zefahot hike for the early morning before the worst of the day's heat descends.

Just off Highway 12, 23 kilometers north of Eilat, the Red Canyon provides a taste of adventure for hikers and nature lovers who don't have time to explore the desert scenery further.

A well-marked trail here, suitable for families, leads you into the red-tinged rock of the canyon, and takes around 30 minutes to complete with some gentle scrambling involved.

For those who want to explore further, there are a selection of hiking trails ranging from moderate to difficult to suit more experienced hikers. One half-day circular route from the canyon leads to a pleasant wadi (valley) and allows you to take in more of the arid landscape.

The canyon is a popular climbing spot, with climbing facilities on some of the canyon walls.

Eilat's position near the Sinai land bridge, between Africa and Asia, has made it a crossing point for centuries.

In religious accounts, after Moses led the Israelites out of Egypt, they wandered through Sinai and "the way of the plain from Elath, and from Ezion-gaber" and then into the wilderness of Moab, which was held by the "children of Lot" (Deuteronomy 2,8-9). Thus it is clear that the two towns of Eilath (probably on the site of present-day Aqaba) and Ezion-gaber were already in existence in pre-Israelite times.

Ezion-geber, "Solomon's port," is thought to have been founded by the Edomites or by the Midianites who lived to the south of them, on the Saudi Arabian coast. It was also visited by Egyptian ships transporting copper from the mines of Timna.

In the 10th century BC, Solomon had ships built at Ezion-geber and manned them with his own people and with Phoenicians supplied by King Hiram of Tyre.

These ships "came to Ophir and fetched from thence gold, four hundred and twenty talents, and brought it to King Solomon" (1 Kings 9,26-28). Here, too, the Queen of Sheba landed on her way to visit Solomon in Jerusalem and "try him with hard questions" (1 Kings 10,1 ff.).

In the 8th century BC, the Israelites lost the port. In the 3rd century BC, it passed to the Ptolemies who then ruled Egypt, then to the Nabataeans, and finally to the Romans, to whom it was known as Aila. The architect who built the monastery of St. Catherine on Sinai, in the 6th century AD, was a native of Aila.

In 1116, during the reign of King Baldwin I of Jerusalem, the Crusaders built a castle on the island lying off present-day Taba (in the Sinai, just south of Eilat). The castle was taken by Saladin in 1170, recovered by Raynald of Châtillon, and thereafter was finally incorporated in the Muslim dominions, being held first by the Mamelukes and later by the Turks.

After the First World War, Eilat lay within the British mandated territory, and in 1949 became part of Israel.

17 Top-Rated Attractions & Things to Do in Sharm el-Sheikh 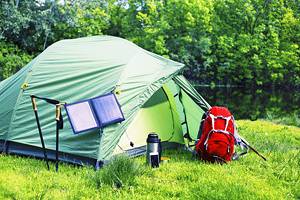 14 Best Lakes in the US
BE INSPIRED