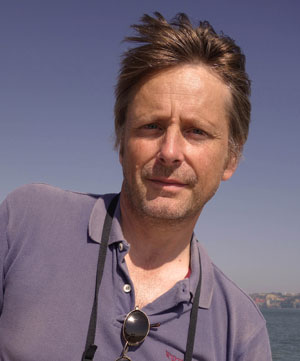 A keen eye for a picture landed British photographer Paul Bernhardt (www.paulbernhardtphoto.com) a staff position on one of the UK's top regional daily newspapers, where he covered hard news, sport and features.

Honing his craft, Paul also began writing. But an inquiring mind and a natural wanderlust eventually got the better of him and he relocated to Portugal to focus more on travel-related topics.

Over the years hard graft and a bit of luck has secured several plum assignments, and as a photojournalist Paul has traveled to countries as diverse as Lebanon, Brazil, Hungary, Croatia, India, Mexico, Iran and Mozambique.

Portugal, however, remains his specialist destination. For over a decade he has explored the length and breadth of his adopted homeland, venturing inland and along the coast to visit towns, villages and cities and absorbing the culture and tradition of this beautiful and beguiling country, a territory that includes Madeira and the Azores.

Based in Lisbon, Paul rarely tires of the Portuguese capital. But when he needs to escape he'll hit the Algarve's secluded west coast or make for the mid-Atlantic and Ilha do Pico, his favorite place on earth!