12 Top-Rated Attractions & Things to Do in Ragusa

In 1693, this entire area of Sicily was devastated by an earthquake, and afterwards, many towns were largely or entirely rebuilt in the Baroque style. Eight of these, including Ragusa and nearby Modica, have been inscribed by UNESCO World Heritage as "representing the culmination and final flowering of Baroque art in Europe."

Rebuilt by the Normans in the 11th and 12th centuries after destruction by Arab raiders, Ragusa was so damaged in 1693 that a new town was built on a high plateau to the west. Many buildings in the old town were repaired and rebuilt, however, so both towns show a marked Baroque influence that characterizes its tourist attractions today. Stepping from the orderly grid of streets and avenues into the old town's tangle of nooks and lanes is like being in two different cities.

Ragusa is a favorite stop for fans of Inspector Montalbano. Scenes from the TV series were shot here, at the castle of Donnafugata, and in neighboring towns. The stories are set in this region, although town names are fictional.

Discover the best things to do during your visit with our list of the top attractions in Ragusa.

The Old Town of Ragusa is thought to be the site of the original town of Hybla and, later, the Greek Hybla Heraia. Like the newer town above, this quiet quarter of narrow, crooked streets was also largely rebuilt in the Baroque style after the 1693 earthquake. So you'll see many examples of 18th-century architecture scattered among other buildings that survived from before the earthquake, and even a few traces of ancient structures.

From Piazza della Repubblica, a broad flight of steps leads up to the Baroque church of Anime del Purgatorio. Nearby stand two 18th-century palazzi, Palazzo Cosentini and Palazzo Bertini.

Accommodation: Where to Stay in Ragusa

Standing majestically at the top of wide steps, the convex central section of the façade has a main doorway flanked by three pillars on each side. The pillars continue up to the floor above, from which the richly sculptured bell tower soars into the sky. The high tambour-dome above the crossing (where the transept crosses the nave) was not added until 1820. Look in the triple-aisled interior for an 18th-century altarpiece by Vito d'Anna, The Glory of St. Nicolas.

You may be puzzled to find that the duomo, or cathedral, is not in Piazza del Duomo (where you'll find the church of San Giorgio), but in Piazza San Giovanni, named for the saint to whom the cathedral church is dedicated. This square forms a terrace where the terrain falls away, and it is overshadowed by the imposing front of the cathedral and its high bell-tower, or campanile.

The cathedral was built throughout much of the 1700s, with a façade in typical southern Sicilian Baroque style, with statues and three portals. The chapels in the interior, which is in a Latin cross shape with a nave and two aisles, are decorated with ornate gilded Rococo stucco work and have polychrome marble statues. The columns dividing the aisles are also embellished with gold. Behind the church stands the beautiful Baroque presbytery.

Like Ragusa, only 15 kilometers away, Modica was severely damaged in the 1693 earthquake and was largely rebuilt in the Sicilian Baroque style. Also like Ragusa, it has a split personality, with an upper and lower town. Its highlight is the 18th-century Church of San Giorgio, which dominates the upper town and is approached by a flight of 250 steps.

The façade with its five doorways is crowned by a high central tower, which further emphasizes the elevation of the building. Its architect, Rosario Gagliardi, used material salvaged after the earthquake from an earlier building on the site, including the altar retable in high Renaissance style painted by Bernardino Niger in 1573.

Major attractions in the lower town include the Chiesa del Carmine, with its 15th-century Gothic rose window; the sumptuously Baroque San Pietro; and the Palazzo de Leva, from about 1400, with a Norman doorway.

Built largely by volunteers in 1858, the Giardino Ibleo crowns a rock spur at an altitude of 385 meters, giving it fine views over the valley below. The gardens are a pleasing mix of plants and trees with buildings and fountains. As you stroll through, you'll find the churches of San Vincenzo Ferreri, San Giacomo Apostolo, and Sant'Agata, as well as the Capuchin convent in the large park.

In the section nearest the main entrance are the long Viale delle Palme, bordered by about 50 palm trees, and the Viale delle Colonnine, with Judas Trees that are especially lovely in the spring when they are in full bloom.

Elsewhere, more formal flower beds surround a circular fountain, and a small hill is ascended by stone stairways. At one end of the garden is a large children's playground.

At the end of the Corso Italia stands the church of Santa Maria delle Scale, named after the scala, or flight of steps leading down to the lower Old Town. When it was rebuilt in the 18th century, the church retained parts of the former 15th-century Late Gothic building, such as the bell tower and the portal-like opening to a side chapel inside.

From the square in front of the church there is a beautiful view over the Old Town of Ragusa Ibla, reaching as far as the striking dome of San Giorgio. You can get to the Old Town by the Corso Mazzini route or by descending down the 242 steps (La Scala).

Opposite the Duomo in Ragusa Ibla is the palace of the Baron of Arezzo, rebuilt after the 1693 earthquake and still occupied by the family. The tour, in English and Italian, is led by a family member, so includes interesting details and personal stories that bring the palace to life.

The interior is beautifully maintained, with original wall coverings and frescoes. The ballroom is the highlight, with a painted ceiling and original hand-painted majolica tiles paving the floor. From the room's windows, you'll get the best view of the Duomo's façade.

The church dedicated to St. Joseph was also designed by Rosario Gagliardi, with a dynamic curved façade similar to his church of San Giorgio. Crowning the semicircular portal are statues of four saints, and more saints stand in the arched window above. The pediment above these is decorated in carved swirls and flourishes.

The elliptical interior is richly embellished with frescoes and paintings, and the five stone altars are decorated with stained glass that makes it resemble marble. The two niches in the front contain statues, one in papier-mache and the other a silver statue of St. Joseph from the 16th century.

Like those of the cathedral and the church of San Giorgio, the Baroque façade of the church of the Holy Souls rises at the top of a long, wide staircase. The church's entrance is carved with plant designs, above which are reliefs showing souls in Purgatory. The other portals are false (interpreted to mean that there is only one true gateway to heaven).

Highlights inside are the main altar of polychrome marble from the late 18th century; the large painting of saints and souls in Purgatory by Francesco Manno; and the sculptures of skulls with the symbols of popes, cardinals, bishops, and kings, a warning of the transience of earthly trappings of power and wealth.

Commanding good views from its perch, the castle of Donnafugata in a frazione-a hamlet-of Ragusa is well-known to fans of Commissario Montalbano mysteries as the home of retired Mafia boss Don Balduccio Sinagra. The castle has been used as a film set for other works, as well.

Although its exterior is certainly castle-like, inside, its rooms are more reminiscent of a palace, elaborately decorated and furnished, with walls covered in murals and damask. The origins of the name have given rise to several stories, as it means "fugitive woman."

As interesting as the castle rooms are its grounds, which include 1,500 plant and tree species and a labyrinth of dry-stone walls tall enough to hide adjoining paths. Trapezoidal in shape, the labyrinth appears to be modeled after the famous maze at Hampton Court Palace outside of London.

Among the most beautiful sights in Ragusa is the blue domed bell tower of the church of Santa Maria dell'Itria. Beneath the cobalt blue dome is an octagonal drum with eight panels in polychrome terra-cotta decorated with designs of Rococo-style flowers.

Floral designs are also carved into the portals and are echoed in the oldest of the interior's five altars in the side aisles, where garlands of flowers and fruit decorate the spiral columns. The church, which stands in the town's old Jewish quarter, was founded in the 14th century by the Knights of Malta.

This museum, housed in the Palazzo Mediterraneo, has displays of prehistoric, Greek, and Roman finds from Ragusa itself and from the surrounding countryside, arranged in topographical and chronological order. The five exhibit areas concentrate on eras from the prehistoric to the Byzantine-era port of Caucana.

Particularly worth seeing are the collection of sixth century BC ceramics from Attica, ceramics from the trading center of Scornavacche, bronzes from the Greek site of Kamarina, a fourth-century BC Doric caryatid, a floor mosaic from Santa Croce Camerina, and late Roman finds from the Trebacche cave.

Where to Stay in Ragusa for Sightseeing

There are few large hotels in Ragusa, but a number of smaller bed-and-breakfast-style lodgings. You'll also find some seaside resort hotels in the village of Ragusa Marina, although they are not as convenient for sightseeing. We recommend these hotels and inns close to the best places to visit in Ragusa:

Where to Go from Ragusa: Many of the top places to visit in Sicily are nearby, including the beautiful Baroque city of Catania and the remarkable Greek and Roman theaters that are the top tourist attractions of Syracuse.

Discovering More Ancient Sites: Sicily is rich in remnants of ancient civilizations, and along with the monuments of Syracuse, within easy distance of Ragusa, are the spectacular mosaic floors at Villa Romana, near Enna, and the Valley of the Temples, the top attractions in Agrigento, on the south coast.

14 Top-Rated Attractions & Things to Do in Syracuse 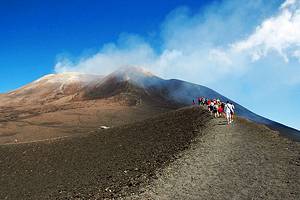 14 Top Attractions & Things to Do in Catania 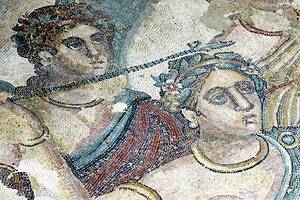 11 Top-Rated Attractions & Things to Do in Enna

14 Top-Rated Attractions & Things to Do in Sicily 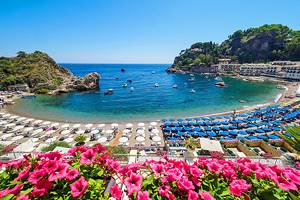 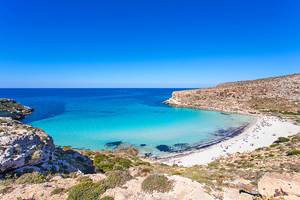 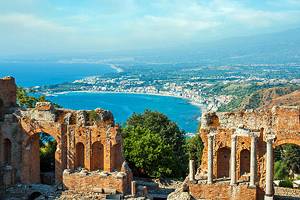 12 Top-Rated Attractions & Things to Do in Taormina

Where to Stay in Malta: Best Areas & Hotels 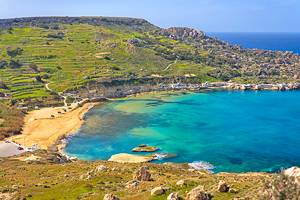 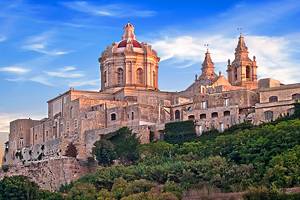 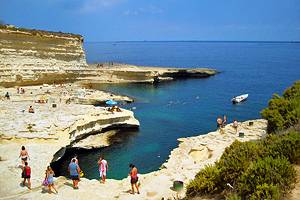 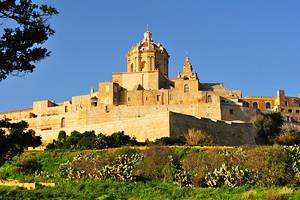 11 Top-Rated Attractions & Things to Do in Mdina
Recent Articles 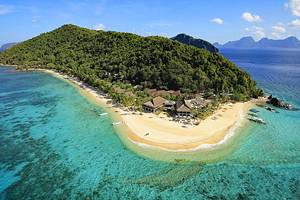