Snugly wrapping around the coast, the historic city of Monastir is prime beach territory, and it is these blissful strips of sandy shore that are top of most visitors' things to do list.

If you're seeking more than simply soaking up the sun, Monastir is also home to two important monuments that are well worth getting off the beach for. The Ribat, perched right on the coast, is one of Tunisia's most impressive relics of the Islamic era.

Next door to the Ribat is the opulent Mausoleum of Habib Bourguiba, named after the founder of the modern Tunisian Republic, which magnificently blends traditional and modern Tunisian architecture.

Monastir is also one of the best places to visit and base yourself for a day trip to the mighty El Jem amphitheater, rightly considered one of Tunisia's top tourist attractions.

Plan your sightseeing with our list of the top tourist attractions in Monastir.

Sitting right on Monastir's shorefront, the Ribat is the town's most famous monument. The imposing fortress was built by Harthama ben Ayan in 796 CE.

The Ribat is also one of the country's major cinematic sightseeing sites, and movie-buffs will instantly recognize the building, as it played a starring role in Monty Python's Life of Brian film and also featured in Franco Zeffirelli's Jesus of Nazareth.

Like the Ribat of Sousse, it is one of the oldest Arab fortresses in North Africa. On the southeast side is the three-story Nador tower, from the top of which are fine views of the yachting harbor, the cemetery, the Bourguiba Mausoleum, Great Mosque, and the roofs of the medina.

An imposing gateway on the west side of the Ribat leads into the inner courtyard, surrounded on three sides by buildings several stories high and containing the accommodation cells, store-rooms, and case-mates.

The main living quarters were separated by another gateway from other buildings (perhaps women's quarters), probably added in the ninth century.

Accommodation: Where to Stay in Monastir

The mammoth Habib Bourguiba Mausoleum sits on the northern edge of Monastir cemetery.

Its opulent splendor, topped with a golden dome, is a tribute to Tunisia's first president after independence from the French. Built in 1963, this burial mosque holds the bodies of ex-President Bourguiba as well as his family.

Two 25-meter slender minarets are made of Italian marble, while the facade is covered with beautifully delicate tiling work.

The tomb of Bourguiba itself sits amid a dazzling interior of glass-inlay and underneath a spectacular chandelier.

For many visitors, Monastir's main attraction lies in its strips of perfect white sand. The town itself hugs the coastline, surrounded by beaches stretching along the coast in both directions.

The main resort beach is west of the center, lined with family-friendly resort hotels, as well as restaurants and cafés. Most of the resorts have claimed their own private patches of sand, while there are sunshades and loungers to rent from the beach cafés.

This beach also has water sports operators offering boating, kayak rental, and other activities for those who don't just want to laze around soaking up the sun.

The souk streets of Monastir's medina (Old Town) area have been spruced up and modernized, which has, unfortunately, brushed away much of the area's historic charm.

This neighborhood, though, is still one of the best places to visit for a wander if you need to stretch your legs after lazing on the beach.

Shoppers will find plenty of opportunity to part with their cash here. The small shops and stalls are crammed with typical Tunisian handicrafts, from ceramics and leatherwork to silverware, jewelry, and engraved woodwork.

Do be aware that prices tend towards the higher end, as the medina shops are geared towards the beach resort visitor market.

Monastir's pretty seafront promenade (known as the Corniche) leads to the marina area, where pleasure yachts bob jauntily on the Mediterranean.

Local yacht operators here can organize trips out onto the Mediterranean for a lazy day of swimming and sunbathing. Head here when the worst of the day's heat has dissipated for fresh sea air and sunset strolls along the promenade above the narrow strips of public beach, both west and east of the marina.

There are plenty of cafés and restaurants with Mediterranean views in this area, so it's a popular dining spot with both locals and visitors.

The beach area to the east of the marina has been more developed and is also a good spot for photos of Monastir Ribat.

For most foreign tourists, a holiday in Monastir wouldn't be complete without a day trip to the mighty El Jem amphitheater, an easy 71 kilometer drive away from town.

One of the finest examples of surviving Roman amphitheater architecture, the largest remaining in Africa, and the fourth largest in the world, El Jem is one of Tunisia's not-to-be-missed star tourist attractions.

It's one of the best places to visit in the country to immerse yourself in Tunisia's Roman-era history and, thanks to the amphitheater's excellent state of preservation, imagine the Roman Empire's glory days.

This mammoth Roman relic can also be easily visited on a day trip from Sousse, Sfax, or Mahdia.

Sousse is 22 kilometers northwest up the coast from Monastir, making a half-day or full-day trip an easy prospect.

Sousse is one of Tunisia's most important historical destinations. Its medina area, with its colorful alleyways and souk streets crammed with local craftwork, is a favorite spot for shoppers and photographers. This is the main area for visitors to explore.

Monastir and Sousse are connected by regular local trains, making it simple to visit independently at your own pace, as well as by organized tours run by Monastir's many beach resorts.

As the birthplace of Tunisia's favorite son - Habib Bourguiba, founder of the Tunisian Republic - Monastir is home to a grand mosque in tribute to the ex-president.

Taieb Bouzguenda built the Habib Bourguiba Mosque in 1963. It was modeled on the Hammouda Pacha Mosque in Tunis, and boasts a 41-meter-high octagonal minaret and a prayer hall that can accommodate a congregation of a thousand worshipers.

Nearby, inside Monastir's tourist office (ONTT), is a small Costume Museum with exhibits of wedding costumes from all over Tunisia.

On Rue Trabelsia is the Musée du Mouvement National (National Movement Museum), which is devoted to the history of Tunisia's struggle for independence from the French.

Immediately northwest of the Monastir Ribat lies Monastir's atmospheric cemetery, which holds a vast number of beautiful old tombs. Many are decorated with bands of Kufic inscriptions and faience tiles.

In particular, look out for the 12th century tomb of Sidi el Mazeri, a Sicilian born marabout (Muslim holy man) who preached here.

The cemetery is photogenic and is also a peaceful spot for a meander after exploring the tall towers of the Ribat, which rise up above the white tombstones.

Just to the south of the cemetery and Ribat is Monastir's Great Mosque, built in the 9th century. The structure was enlarged by the Zirid dynasty in the 11th century.

The northern suburb of Skanès (just off Route de la Falaise) is packed full of gorgeous, dazzlingly-white villas and luxury hotels that have incorporated traditional Tunisian architecture into their mid-century modern architectural design.

This upper-class suburb is also where some of Monastir's best beaches lie, so a trip here is on the Monastir itinerary of most sand sloths.

If you're looking for an easy half-day trip from Monastir, head to Moknine, about 15 kilometers south of Monastir.

Sitting alongside the shores of a salt lake, this little town is noted for the finely-worked ceramics and jewelry produced by its artisans.

In the town center, don't miss a visit to Moknine's folk museum, which occupies the former Mosque of Sidi Babana.

The building is interesting for its original architecture (an example of the type of "tube-vaulting" found at Bulla Regia), as well as for its exhibits on local culture and artistry.

Under the Romans, the town was named Ruspina, and during the civil war with Pompey (49-46 BCE) Caesar made this his North African headquarters.

When the Arabs arrived in the region, they recognized the strategic value of this site, right on the tip of the peninsula, and built the Ribat here. It was from here that the Arabs launched a series of campaigns against the Christian island of Sicily.

The Ribat retained its military importance into Tunisia's Ottoman era, when the local Ottoman Beys (rulers) made it a powerful stronghold.

Monastir's importance only waned when Tunisia became a French protectorate, and the town lost its strategic significance. 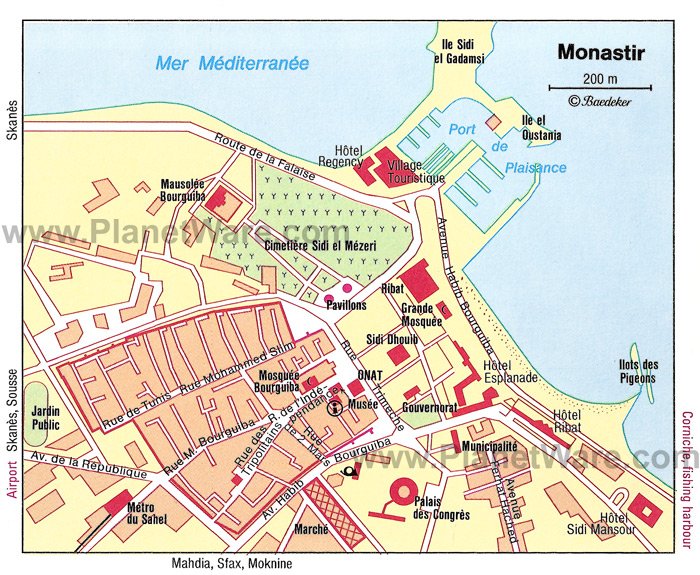 14 Top Attractions & Things to Do in Agrigento
Recent Articles 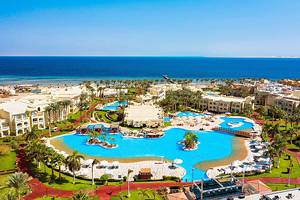 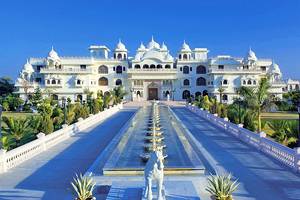 10 Top-Rated Resorts in Jaipur
BE INSPIRED