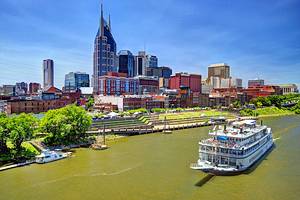 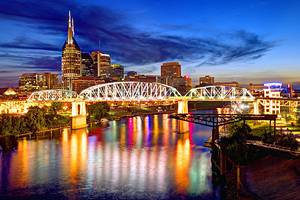 17 Top-Rated Attractions & Things to Do in Nashville, TN 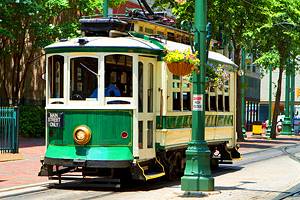 15 Top-Rated Attractions & Things to Do in Memphis, TN

There is so much natural beauty in Tennessee, from locations in the Great Smoky Mountains to the quiet parks and streams nestled in pockets throughout the state. In contrast, the neon imagery in downtown Nashville and the lights of Chattanooga also have a vibrant appeal, especially through the lens of the camera.

Tennessee also has hidden imagery that takes a bit more time to find, like small wildflowers, changing landscapes with the seasons, and unusual or historic structures that are fun to uncover. It is a state that experiences four seasons, so each visit seems like a new destination.

The most scenic and picturesque place in Tennessee is Great Smoky Mountain National Park just outside of Gatlinburg. If you're a nature lover, this is one of the best things to do in Tennessee. Take a drive along the Newfound Gap Road and park at one of the scenic overlooks to capture the mountain landscape at its best moments. During sunrises and sunsets, a rainbow of colors rises out of the valleys.

The bright lights of Nashville have a vibrant energy, which is perhaps why so many tourists and musicians are drawn to the city. The nighttime scenery extends beyond the neon signs and the activity of the music strip. The evening skyline of Nashville is best captured from the Cumberland River.

Accommodation: Where to Stay in Nashville: Best Areas & Hotels

The World's Fair Park in downtown Knoxville is one of the most iconic shots to capture in Tennessee. It was the location for the 1982 World's Fair and now serves as an entertainment venue for the city. The best view of the city is from the observation deck on the 4th level of the Sunsphere in the middle of the park. It has 360-degree views that encompass Knoxville and the Tennessee River.

The Great Falls waterfall at Rock Island State Park in central Tennessee has some of the most magnificent natural imagery in the state. The 30-foot-high waterfall is made up of multiple waterfalls and is just the beginning of the natural rugged beauty in this park.

The Old Mill in the heart of Pigeon Forge is one of the most photographed locations in eastern Tennessee. The 1800s mill is a staple in the area, with its wooden mill wheel and small waterfall that is especially beautiful in the morning light.

The Hernando de Soto Bridge in Memphis is where Interstate 40 crosses the Mississippi River into Arkansas. The unique architectural design makes it a visual standout because of the cantilevered steel arches. The bridge is stunning at night when the arches are lit against the backdrop of the river.

Accommodation: Where to Stay in Memphis: Best Areas & Hotels

Clingman's Dome in the Smoky Mountain National Park is one of the top spots to visit in the park during the daytime, but the nighttime views, especially from the observation tower are unforgettable. It is one of the best locations to capture the explosion of stars in the Tennessee night sky especially immediately before nightfall.

Accommodation: Where to Stay in Gatlinburg: Best Areas & Hotels

The stars of the show at the Forks of the River Wildlife Management Area in Knoxville are the popping sunflower fields that span 70 acres. The sunflowers are an important part of the ecosystem in the wildlife area as they attract native bees, deer, and dozens of species of birds.

The natural wonders in Tennessee extend to Big South Fork and the twin sandstone arches near the National River and Recreation Area. A trail takes visitors to the North Arch and the South Arch, which combined form one of the longest natural bridges in the world.

There are so many photographic opportunities in Cade's Cove in Great Smoky Mountain National Park that it is worth visiting at different times of the day to capture the best moments. Morning is a great time to see roaming wildlife like deer and black bears, whereas the evening hours have stunning light to capture with some of the old cabins and valley landscapes. Cade's Cove is about 25 miles from the entrance of the park. The loop is a one-way, single-file drive that can take two to four hours.

Point Park, located at the top of Lookout Mountain in the Chickamauga-Chattanooga National Military Park, has remnants of Civil War history. The park has several cannons looking over Chattanooga, as well as signs that tell about Lookout Valley and the significance of the area to the Civil War.

Driving the scenic routes through the Tennessee mountains is majestic during every season. The winding roads become even more scenic when the first winter snow starts to dust the higher elevations. It makes the stillness in the natural environment look completely different than other times of the year.

Tennessee has no shortage of natural lakes and streams where photographers can set up a post to capture long exposure shots of water running over the rocks or find anglers fly fishing for rainbow trout. The Great Smoky Mountains is one place to find many streams of varying sizes, but you can also find them along the sides of the road throughout the state.

Fall Creek Falls State Park in Spencer, Tennessee has nearly 30,000 acres of land, making for jaw-dropping natural scenery, like the 256-foot-high Fall Creek Falls. It is one of several waterfalls in the park, with a steep gorge and thick forest growth. The park's location on the Cumberland Plateau is why there are so many natural elements in one place. For a unique view in the park, walk along one of the narrow bridges.