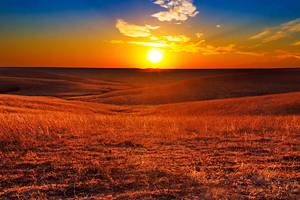 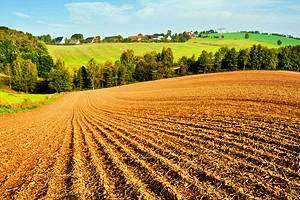 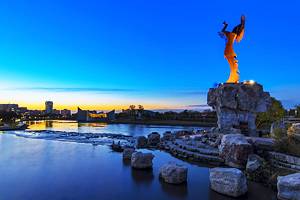 14 Top-Rated Tourist Attractions & Things to Do in Wichita, KS

From tallgrass prairies to outstanding rock features, beautiful landscapes abound in Kansas. History runs deep in many of the most beautiful places to photograph in Kansas, both on a geological and cultural scale. Featuring botanical gardens, mushroom rocks, and American bison overlooking the prairie, photographs of Kansas inspire new appreciation for the Sunflower State.

In western Kansas and visible from Highway 83, Monument Rocks are outstanding rock features on the rolling prairie. These 70-foot limestone formations, also known as chalk pyramids, are on private lands the public can access. Thirty miles to the east, Castle Rock is a standalone formation that is also popular for pictures.

In the Flint Hills of eastern Kansas, this national preserve is home to much of the last remaining tallgrass prairie in the world. A network of gravel roads and mowed paths extend throughout the preserve and lead to expansive views of the environment. The namesake flora of the national preserve reaches its greatest height at the end of the growing season in September or October.

3. Keeper of the Plains, Wichita

Near downtown Wichita, the Keeper of the Plains is a magnificent steel sculpture that overlooks the confluence of two rivers. This 44-foot-tall emblem represents the rich history the region has with native communities. The statue and surrounding park area are very photogenic throughout the day. The night provides one of the best viewing opportunities, as a Ring of Fire illuminates the symbolic statue.

One of the smallest state parks in Kansas, Mushroom Rock State Park is also one of the most photographed. A hundred miles north of Wichita, the namesake rock formations at the state park are the result of millions of years of erosion. Visitors can access these toadstool-shaped rock formations by personal vehicle.

This 300-acre park and arboretum is an accessible public space for photos and recreation. Overland Park has forty-five distinct gardens with visitor favorites like the Train Garden and Children's Discovery Garden. A lakeside amphitheater at the botanical center is a beautiful place to snap a picture or catch an event.

Overland Park is just thirty miles south of Kansas City, another destination worth exploring while you're in the area.

The original Teter Rock in the Flint Hills of Kansas was as a marker that helped past homesteaders find their way. The current Teter Rock pays homage to this pioneering past and still guides visitors to this wide-open space. Surrounded by Kansas countryside, including an enormous sky, this 16-foot-tall slab of rocks poses for great pictures.

In downtown Wichita, Botanica Gardens provides 12 acres of manicured space. Tulips and daffodils are particularly colorful attractions of the botanical center. With over 30 sections to explore, the gardens include popular displays like the Downing Children's Garden and the Chinese Garden of Friendship. Spring and summer are the best time to visit Botanica for taking pictures of the park in full bloom.

Also known as the Kansas State House, this federal building in downtown Topeka is surrounded by a beautiful campus. In addition to the ornate sandstone exterior with a dome cap, the interior of the capitol building is also intricate and fun to photograph. Visitors can enter the capitol building free of charge throughout the week, and the capitol complex offers guided tours by reservation.

Quivira National Wildlife Refuge is home to over 22,000 acres of inland salt marsh and sand prairie. The refuge is also home to a staggering amount of migratory birds. Wildlife photographers often head to Quivira during the spring to capture migration events.

A mile-long nature trail at the refuge allows visitors to explore the area on foot. A designated wildlife drive in the Big Salt Flat region of the refuge offers views from a vehicle.

On the Cottonwood River in eastern Kansas, this historic grist mill offers insight into the history of the area. It was constructed in 1875, and current restorations of the mill will allow public access in the future. The surrounding Cedar Point region abounds with tall grass and woodland beauty. Fun for a quick visit, the Drinkwater & Schriver Mill is often combined with a trip to the nearby Tallgrass Prairie National Preserve.