Anyone with a month-long itinerary might have enough time to properly explore the length of this All American Road. Those working with less calendar space will find inspiration with these Oregon Coast road trip ideas.

Impressive sea stacks and shifting sand dunes are some of the best stops on the Oregon Coast. Other encounters include scenic lighthouses, blazing sunsets, and year-round opportunities to spot whales in the water. Alongside natural appeal, cultural institutions like the Oregon Coast Museum add extra days to an Oregon Coast road trip.

While roadside attractions are bountiful, it's also the journey between destinations that makes for a memorable experience. The smell of saltwater is always present, as is the allure of fresh seafood, and a new sprawling ocean scene unfolds after every bend in the road. The scenic act of driving the Oregon Coast is worth the trip alone.

Plan your travels with our list of great ideas for the best Oregon Coast road trip.

Some of the best stops on the Oregon Coast are close to Portland. The seaside towns of Astoria and Cannon Beach are both within a two-hour drive of Oregon's most populous city.

Dramatic sea stacks and colorful promenades define the stretch of Highway 101, connecting these coastal communities. From Portland to Astoria, and then south to Cannon Beach before heading back to the City of Roses, this 200-mile round-trip offers an excellent getaway from the city.

Less than two hours from Portland, Astoria is the northernmost town on the Oregon Coast. The city shares a border with the Columbia River at its confluence with the Pacific Ocean. Astoria embodies a past-meets-present persona with a historic downtown district and modern fare. Visitors should immediately head to the Astoria Riverwalk to take in the best views and unique cultural flavor of the city.

The seasonal Astoria Trolley runs the length of the six-mile Riverwalk and makes for a fun way to get around. Alongside great views on the Riverwalk, places like the Columbia River Maritime Museum add some cultural context to the area. Noteworthy restaurants for fresh seafood also line the Riverwalk. A top spot for brunch, lunch, or dinner, the Bridgewater Bistro offers meals with a view.

Things to check out inland in Astoria include the Astoria Column and the downtown Flavel House Museum. The Commodore Hotel in downtown Astoria provides a historic place to stay.

Fort Stevens State Park is the place to head when it comes time to explore the coast in Astoria. The Peter Iredale Shipwreck is a fun beach attraction to hike to at Fort Stevens.

Thirty minutes south of Astoria on Highway 101, the charming city of Seaside offers a fun stop on this Oregon Coast road trip itinerary. The sprawling beach at Seaside is home to several annual events, like the world's largest beach volleyball tournament. The 1.5-mile Seaside Promenade separates the city from the sandy beach and connects visitors to the famous Seaside Aquarium.

On the southern end of Ecola State Park and Tillamook Head, Cannon Beach epitomizes the rugged beauty of the Oregon Coast. Several sea stacks line the shore of Cannon Beach and are visible from the headland hiking trails. The most prominent of these sea stacks, Haystack Rock, offers an iconic backdrop to an idyllic beach scene.

Haystack Rock and the colony of birds that live upon its mossy precipice are a fun sight to see. At super low tide, Haystack Rock also reveals a world of tide pools and multi-colored creatures.

The entirety of Cannon Beach is fun to explore and features plenty of room to find a sandy spot of your own. For a quick bite next to the ocean, the Wayfarer Restaurant offers fresh seafood for breakfast, lunch, and dinner.

The road-trip appeal of Cannon Beach extends beyond its oceanfront. Other attractions that make Cannon Beach one of the best small towns on the Oregon Coast include boutique shops and art galleries.

Accommodation: Where to Stay in Portland, Oregon

The namesake attractions of the Three Capes Scenic Route are Cape Meares, Cape Lookout, and Cape Kiwanda. Beginning in Tillamook and stretching south towards Pacific City before looping back around, this 60-mile loop is possible to drive in a day. With distinctly different things to do at all three capes, however, it's best to extend this road trip itinerary over at least two nights.

Heading northwest from Tillamook, Cape Meares offers a stunning introduction to the Pacific Ocean. The historic Cape Meares Lighthouse crowns this designated state scenic area. The park service offers guided tours of the lighthouse facility, which was built in the 1890s. Heading south along the coast from Cape Meares, the cities of Oceanside and Netarts offer local spots for lunch before heading to the next cape.

Traveling south from Netarts Bay, visitors next encounter Cape Lookout along the Three Capes Scenic Route. The encompassing Cape Lookout State Park has some of the best hiking trails on the Oregon Coast. Over eight miles of hiking trails on Cape Lookout tour the peninsula, including a route that takes visitors to the edge of the Earth. Miles of undeveloped ocean can be explored on Netarts Spit on the north side of the park.

Cape Kiwanda completes the trifecta on the Three Capes Scenic Route. Cape Kiwanda is unique in that it is comprised of buff-colored sandstone. The dynamic nature of the cape offers sandy slopes to climb and a unique view of an eroded headland. Another Haystack Rock sits in the ocean offshore from Cape Kiwanda, over 100 feet taller than its similarly named neighbor to the north.

The 75-mile stretch of Highway 101 between Lincoln City and Florence offers several unique trip ideas on the Central Coast. Visitors heading in either direction on this route can expect whale sightings, sea stacks, and white sandy beaches as far as the eye can see. Each community along the way also claims to have the best seafood chowder on the coast.

Sixty miles from Salem, the seaside Lincoln City blends a beautiful ocean landscape with a charming coastal community. Excellent views of the coastal atmosphere are presented on hiking areas near Lincoln City like Cascade Head. Fresh seafood is on the menu at places like Fathom's Restaurant. This flavorful fish house is on the top floor of the Inn at Spanish Head - one of the most stylish resorts in Lincoln City.

Driving south from Lincoln City on Highway 101, visitors encounter Depoe Bay, also known as the Whale Watching Capital of the Oregon Coast. This ocean-facing community earns its nickname. The western border of downtown Depoe Bay is a sheer cliff face and acts as an amphitheater for year-round whale sightings. The Whale Watching Center at Depoe Bay is a must-visit for interested spectators.

Twenty-five miles south of Lincoln City, Yaquina Head beckons visitors to Newport. This outstanding natural area is home to the tallest lighthouse on the Oregon Coast and several hiking opportunities. Another one of the top attractions of Newport is the acclaimed Oregon Coast Aquarium.

The Agate Beach Motel in Newport is an excellent place to stay that's near both Yaquina Head and the Oregon Coast Aquarium.

Between Newport and Florence, Cape Perpetua offers a long-distance view of the coastline. Part of the Siuslaw National Forest, Cape Perpetua is accessible via vehicle or a steep hiking trail. Whichever way you travel, this 800-foot cape is a must-visit on this part of the coast. Less than a mile south of Cape Perpetua, the mystically named Thor's Well offers a unique tidal attraction that is fun to photograph.

At the southern end of the route, and sixty miles west of Eugene, adventure awaits where the Siuslaw River meets the Pacific Ocean in Florence. Daily guided tours of Heceta Head Lighthouse are available at the edge of the ocean in Florence. A commercial elevator ride into Sea Lion Caves is also a must-do in Florence, where a symphony of animal noises erupts from hundreds of sea lions.

The River House Inn is a family-friendly and affordable place to stay in Florence to cap off this Central Coast road trip.

One of the largest expanses of coastal sand dunes lies between Florence and Coos Bay on the Southern Oregon Coast. It's possible to spend several days exploring the shifting landscapes between these coastal communities. The Oregon Dunes National Recreation Area (NRA) oversees several dune areas for hiking and driving off-road vehicles on this unique part of the coast.

In Florence, the South Jetty Area features separate areas for hiking and off-highway vehicle (OHV) use. The nearby dunes surrounding the Siltcoos River feature two prominent campgrounds to spend the night. The Oregon Dunes Day Use Area is farther south and is off-limits for OHV users. These engine restrictions make this day-use area popular for hikers and wildlife watchers.

An upscale dinner at The Waterfront Depot Restaurant in Florence tops off a great day in the sand dunes, and the nearby Ocean Breeze Motel provides a comfortable place to stay.

Visitors heading south on Highway 101 encounter the Tahkenitch Area of Oregon Dunes NRA. Hikers enjoy this area on their own, with OHV restrictions in place. The neighboring community of Reedsport offers an excellent place to refuel on a road trip. Reedsport eateries like Harbor Light Restaurant and Leona's Sugar Shack entice visitors with local flare. The Fir Grove Motel also offers local charm and is excellent value for family stays.

South of Reedsport on Highway 101, Umpqua Lighthouse State Park draws visitors with a 65-foot beaming attraction. Farther south, the largest area to operate OHVs on the dunes is between the Spinreel Campground and Horsfall Lake. The adjacent cities of Coos Bay and North Bend provide several excellent places to spend the night or catch a bite to eat.

In the far southwest corner of Oregon, the most breathtaking Oregon Coast road trip travels through the Samuel H. Boardman State Scenic Corridor. Named after the first superintendent of Oregon State Parks, this 12-mile linear park features cliff sides, sea stacks, and miles of rugged hiking trails. The park is also well known for its secret beaches and whale spotting in the spring and fall.

Only 12 miles in length, the many pullovers and trailheads within Samuel H. Boardman easily take up an entire day of exploring. Visitors can park at a trailhead and spend the day traversing the area by hiking trail. Alternatively, a day is well spent driving between parking areas and stopping at whatever attraction catches the eye.

A few must-sees in the scenic corridor include Cape Ferrelo, Natural Bridges, and Thunder Rock Cove. Other eye-catching features of Samuel H. Boardman, like the Lone Ranch Picnic Area and the Thomas Creek Bridge, are worthy of a few hours to explore.

The Samuel H. Boardman State Scenic Corridor is located between Gold Beach and Brookings on Highway 101. These two cities offer restaurants and hotels to bookend a drive through Samuel H. Boardman. The Pacific Reef Hotel in Gold Beach and the Beachfront Inn in Brookings both offer ocean-facing rooms. Few facilities besides nature and the highway are in the scenic corridor, so it's best to pack a lunch.

Best Spots on the Coast: Many of the top attractions on the Oregon Coast are the centerpiece destinations for Highway 101 road trips. Our guide to these must-see places are listed from north to south for easy vacation planning. For upscale places to stay, the best beach resorts on the Oregon Coast offer first-class accommodations with ocean views. 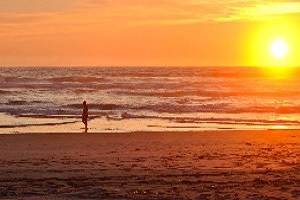 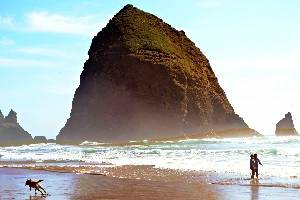 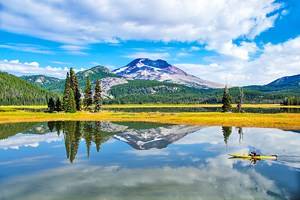 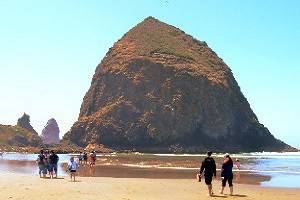 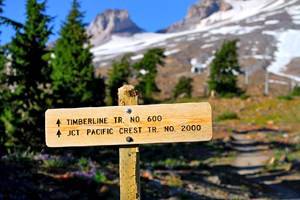 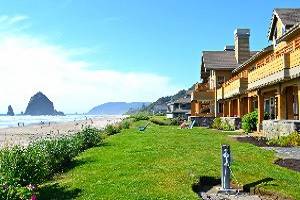 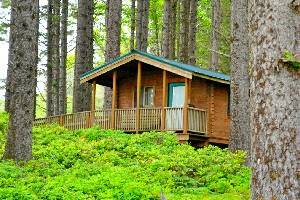 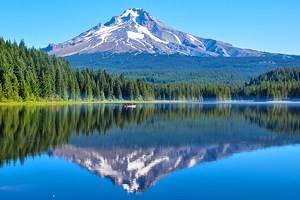 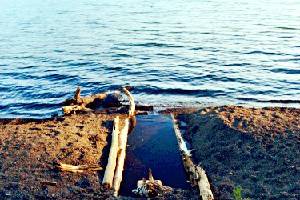 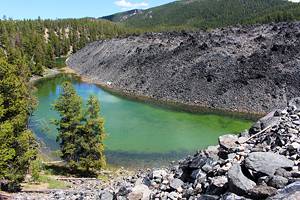 11 Top-Rated Hiking Trails near Bend, OR 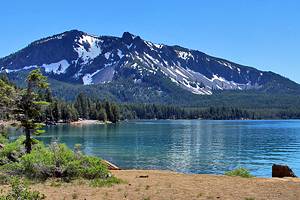 12 Top-Rated Tourist Attractions & Things to do in Bend, OR

9 Top Attractions & Things to Do in Mt. Hood National Forest, OR
Recent Articles

14 Best Places for Shopping in Istanbul
BE INSPIRED

16 Most Beautiful Islands in the World
BE INSPIRED!
MORE PICTURES OF OREGON