12 Top-Rated Attractions & Things to Do in Montpellier

Written by Lisa Alexander
Updated Nov 26, 2021
We may earn a commission from affiliate links ()

Montpellier, in the Languedoc region, happily sneaks under the mass-tourism radar that overwhelms neighboring Provence. However, this sun-drenched southern French city has enough attractions to rival Provençal charm and culture. Like an open-air museum, Montpellier dazzles visitors with its tree-lined boulevards, graceful aristocratic mansions, elegant public squares, and hidden gardens.

Despite the city's old-world character, trendiness rules in Montpellier, thanks to a youthful university-student population. Locals also display a sense of art de vivre and an appreciation for fashion. It says something that Montpellier commissioned couturier Christian Lacroix to beautify the city's new tramways. Trams on the lignes 3 and 4 feature the designer's whimsical artistic renditions of Montpellier monuments, friendly sea monsters, and glittering jewels.

At the heart of Montpellier is L'Écusson, a conglomeration of atmospheric medieval quarters. Within this tangle of winding pedestrian streets, visitors can explore art galleries, shop at artisan boutiques, stop at sidewalk cafés, visit exquisite churches, and dine at traditional restaurants. Getting lost among the narrow cobblestone lanes only adds to the experience of surprising discoveries.

For many travelers, another selling point of Montpellier is the balmy Mediterranean weather. The city boasts an average of 300 sunny days annually. Plus, just 30 kilometers away, the Plage de l'Espiguette (considered one of the best beaches in France) offers a dreamy seaside escape.

Learn about the best places to visit in this lively historic city with our list of the top attractions and things to do in Montpellier.

This grand public square is the heart of Montpellier, a center of activity that is busy from daytime until late hours in the evening. The Place de la Comédie is fondly called "l'Oeuf" ("The Egg") because of its elliptical shape. In the middle of the square stands the emblematic Fontaine des Trois Grâces (Three Graces statue).

Distinguished by its stately 19th-century Haussmann architecture (reminiscent of Paris), the Place de la Comédie is one of Europe's largest pedestrian spaces. Locals come here to go for a stroll, meet up with friends, socialize at the sunny sidewalk cafés, or attend a performance at the Opéra Comédie (Opera House). On occasion, street musicians entertain the crowds of people milling around the square.

The Place de la Comédie is the ideal starting point to explore the historic center of Montpellier, known as L'Écusson. The French word "Écusson" translates to "escutcheon," which describes the area's shape, resembling a shield. This grouping of walled medieval quarters surrounds the modern Place de la Comédie and encompasses many top tourist attractions including the Musée Fabre, the Cathédrale Saint-Pierre, and the Place de la Canourgue.

For a self-guided walking itinerary of the Ecusson, head towards the Rue de la Loge, the main street in this vibrant pedestrian area, which is brimming with enticing little boutiques. The narrow medieval streets that intersect with the Rue de la Loge are especially atmospheric.

From the Rue de la Loge, it's a short walk to the lovely Place Jean-Jaurès, where al fresco restaurant terraces spill out into the square. A pleasant stroll continues along the handsome Rue Foch, a good place for shopping and casual dining. A favorite spot for lunch or dinner is found off Rue Foch on the Rue Saint-Firmin, L'Artichaut, a Michelin Guide "Bib Gourmand" restaurant that serves delicious Mediterranean cuisine at an affordable price.

At the end of Rue Foch, the Arc de Triomphe leads into the Promenade du Peyrou. From here, tourists can take the Rue Barthez to the tree-lined Boulevard Henri IV, which borders the Jardin Des Plantes. Nearby is the Cathédrale Saint-Pierre, one of Montpellier's most impressive landmarks.

Just outside of Montpellier's historic center, the Promenade du Peyrou pays homage to France's celebrated Sun King with a monumental equestrian statue. The monarch is depicted heroically on horseback with an outstretched arm as if heading into battle.

Another tribute to the glory of Louis XIV is the Arc de Triomphe (Triumphal Arch), known as the Porte du Peyrou (Door of Peyrou) because it is the entrance to the Place Royale du Peyrou.

The Promenade du Peyrou park invites visitors to take a leisurely ramble along its elegant terraces and tree-shaded esplanade. Montpellier residents also use this space for jogging, lounging on the grassy lawns, and playing petanque, a typical game in the South of France that is similar to bocce ball.

Elevated above the rest of the town, the Promenade du Peyrou provides sensational panoramic views. The outlooks extend beyond the city to the surrounding countryside, the Cévennes mountain range, and all the way to the Mediterranean Sea (about 15 kilometers away). On clear days, it is possible to identify the Mount Canigou peak in the Pyrenees.

Tourists will also want to admire the Château d'Eau. Built in 1768, this neoclassical water tower connects to an aqueduct that once supplied the city with water. The tower's harmonious hexagonal form and delicate Corinthian columns create quite an impression.

Among the masterpieces are the Exercices Militaires des Marocains and the portrait of Aspasia by Delacroix, Vénus et Adonis by Poussin, and L'Archange Gabriel by Zurbaran.

The museum has an entire gallery devoted to the work of Frédéric Bazille and his contemporaries. Montpellier's native son, Bazille was an exceptional 19th-century painter whose work is considered the precursor to Impressionist art.

Visitors can also view a collection of Arts Décoratifs (Decorative Arts) housed at a separate location in the Hôtel de Cabrières-Sabatier d'Espeyrant (6 bis Rue Montpelliéret). This gorgeous mansion reveals the lavish lifestyle of wealthy bourgeoisie society in Montpellier during the 19th century.

The esteemed Opéra Orchestre National Montpellier Occitanie company performs at the 2,000-seat auditorium of the Berlioz Opera House, which is renowned for its superb acoustics. One of the most inspiring things to do in Montpellier is attend a symphony or opera performance such as Madame Butterfly or Romeo and Juliet at this exceptional venue.

The unusual appearance of the Cathédrale Saint-Pierre results from its mishmash of architectural styles. Built between the 14th and 18th centuries, the cathedral has an imposing fortress-like facade featuring two medieval towers. The simple interior reveals a somber Gothic ambience.

Tourists may visit the cathedral Tuesday through Saturday from 2:30pm until 5pm. Admission is free of charge. Free guided tours (in French) are available during the summertime. The cathedral is closed on Sundays.

The Place de la Canourgue is one of the prettiest spots in L'Écusson. As Montpellier's oldest square, it's one of the best places to visit for a taste of elegant ambience.

Surrounded by 17th-century hôtel particuliers (aristocratic mansions) and shaded by leafy trees, the Place de la Canourgue has the feel of a romantic garden. Visitors should be sure to see the unicorn fountain and notice views of the cathedral in the background.

For passersby in need of sustenance, the Comptoir de l'Arc offers casual meals in an idyllic outdoor setting. This restaurant is a wonderful choice for a relaxing gourmet break in between sightseeing. Another option is Café Latitude, which serves coffee and refreshments inside or on the delightful sidewalk terrace.

Steps away is a great place to dine, Anga (10 Rue Saint-Firmin), a charming bistronomique (casual fine-dining) restaurant that specializes in Mediterranean cuisine.

In this captivating medieval quarter, pedestrian-only streets encourage leisurely strolls, while quiet squares provide welcome space for a moment of repose. Tourists should be sure to explore the quaint Rue du Plan d'Agde, which has many restaurants and a lively nightlife scene.

At the end of the Rue du Plan d'Agde is the quarter's most impressive landmark, the Eglise Saint-Roch, dedicated to the patron saint of Montpellier.

Listed as a Historical Monument, the Montpellier Botanical Garden includes a manicured park and an arboretum.

The Montpellier Botanical Garden is open Tuesday through Sunday; closed on Mondays. Admission is free of charge.

More of a theme park than simply an aquarium, the Planet Ocean devotes plenty of space to interactive exhibits. Youngsters can participate in games and immersive activities such as a touch pool and a storm simulator.

Tucked away on a small square in L'Écusson, the Hôtel de Varennes gives visitors the chance to see the interior of a medieval hôtel particulier (mansion) typical of Montpellier. Although the building was renovated in the 18th century, it still has the original Gothic structure and grand halls.

Two museums are housed within this mansion: Musée du Vieux Montpellier, which presents the history of Montpellier, and the Musée Fougau, a collection devoted to popular art and culture in the region.

Bordering the Quartier Saint-Roche, the Quartier Courrier is an adorable neighborhood between the Place Sainte-Anne and the Place Saint-Roch in L'Écusson. The old buildings, medieval cobblestone streets, and narrow pedestrian lanes make this area an enchanting place to wander around. There are many tiny restaurants with small sidewalk terraces.

The style of the neighborhood is considered "boboïsant" (French slang for "bohemian bourgeois") because of the abundance of upscale boutiques.

Formerly a Jesuit chapel, the Eglise Notre-Dame-des-Tables was founded in 1707. In the 19th century, the interior was adorned in an ornate style. The sanctuary contains a statue of the Notre-Dame des Tables (Patroness of Montpellier).

This church is located in L'Écusson near the Musée Fabre and is open to the public for visits, free of charge.

Where to Stay in Montpellier for Sightseeing

The historic center of Montpellier, known as L'Écusson, delights travelers with its combination of old-world charm and trendy vibes. Staying in the Ecusson gives visitors the feel of being in the heart of the city. Tourists will appreciate this area for the historic monuments and cultural attractions, as well as the wide selection of shops, cafés, and restaurants within walking distance.

Most of the hotels listed below are within the Ecusson. Exceptions include one luxury hotel in a rural village outside of Montpellier and a mid-range hotel near the Promenade du Peyrou.

Other Beautiful Places in the Languedoc: Relatively undiscovered by tourists, the Languedoc-Roussillon region is brimming with natural parks, historic towns, fairy-tale villages, and evocative ruined castles. It's worth driving just one hour to see the Roman ruins in Nîmes, near the Cévennes National Park, an unspoiled mountainous landscape. Other top attractions are the UNESCO-listed medieval walled city of Carcassonne (a two-hour drive from Montpellier) and sunny Spanish-influenced Perpignan bordering Spain's Catalonia region.

Picturesque Provence: The irresistibly charming region of Provence captivates visitors with its laid-back lifestyle and alluring ancient towns. About an hours' drive away in Arles, visitors can marvel at Roman ruins and see where Vincent van Gogh created famous paintings. Montpellier is also under two-hours' drive from the UNESCO-listed Palais de Papes in Avignon, and the quintessential Provençal city Aix-en-Provence, as well as several top destinations (Orange, Carpentras, Isle-sur-Sorgue) in the rugged Haut-Vaucluse countryside. 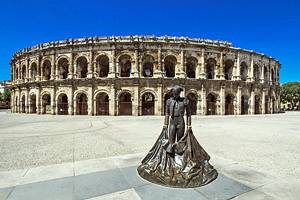 10 Top-Rated Things to Do in Nimes 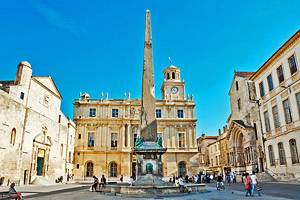 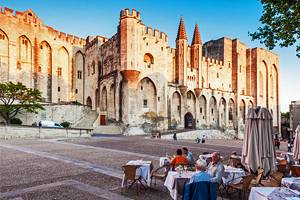 10 Top-Rated Things to Do in Avignon 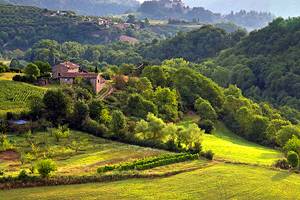 20 Top Attractions & Places to Visit in the Haut-Vaucluse, Provence 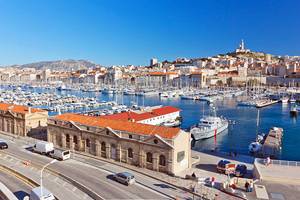 11 Top-Rated Attractions & Things to Do in Marseilles 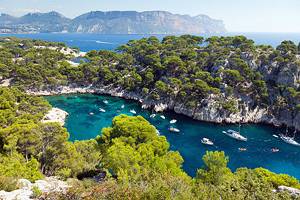 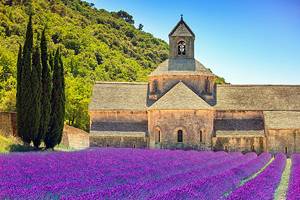 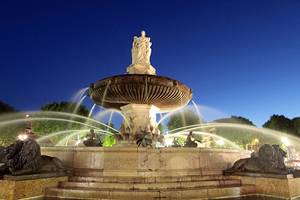 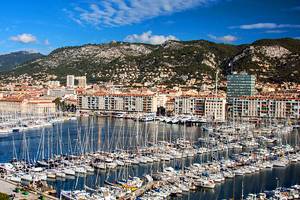 14 Top-Rated Attractions & Things to Do in Toulon 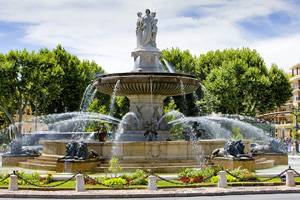 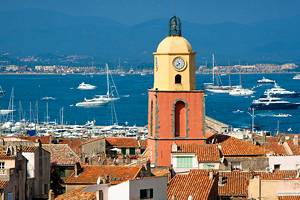