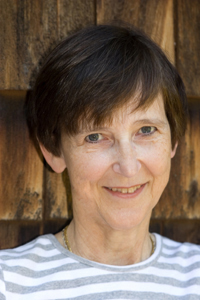 Barbara Radcliffe Rogers is a travel writer and guidebook author specializing in Europe and eastern United States and Canada. She is co-author of seven guidebooks to Italy, three to Spain and several others covering European cities, Atlantic Canada and New England. She writes regularly for Global Traveler Magazine, where she has also served as News Editor, and for several other magazines, newspapers and websites.

Her taste for travel began when she moved to Verona, Italy, soon after completing her degree at Boston University, and she has since traveled to every country in western Europe, and much of eastern Europe and Latin America. Barbara currently lives in New Hampshire, and spends a good part of each year in Europe. Wherever she is, she's likely to be skiing in the winter and kayaking in the summer and discovering new flavors for her blog, Worldbite